See What HealthDay Can Do For You
Contact Us
July 9, 2020 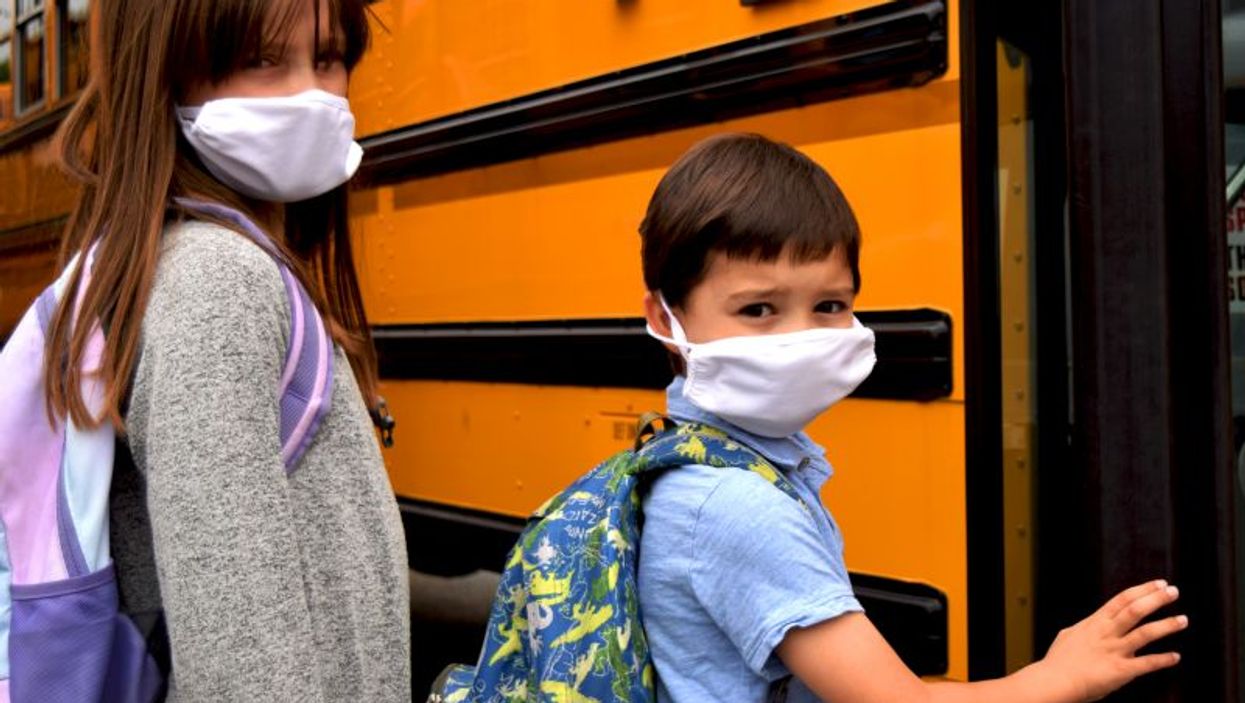 THURSDAY, July 9, 2020 (HealthDay News) -- With President Donald Trump threatening to cut federal funding for schools that do not fully reopen in the fall, the United States set yet another record for new coronavirus cases on Wednesday with more than 59,000 new infections reported.

It was the fifth national record in nine days, according to The New York Times. At least five states -- Missouri, Tennessee, Texas, Utah and West Virginia -- also set single-day records for new cases on Wednesday.

Twenty-four states have reported more cases over the past week than in any other seven-day stretch of the pandemic, the newspaper added.

The latest case numbers prompted Dr. Anthony Fauci to tell the Wall Street Journal on Wednesday that lockdowns might be wise in some spots.

"Any state that is having a serious problem, that state should seriously look at shutting down," he said.

Meanwhile, medical centers across the country continued to face alarming shortages of respirator masks, isolation gowns and disposable gloves, all of which protect health workers from infection, the Times reported.

On Tuesday, Trump spent the day pressuring governors, mayors and other local officials to reopen schools during a day of conference calls and public events at the White House, the Times reported.

On Wednesday, Trump also pressured the U.S. Centers for Disease Control and Prevention to loosen its long awaited reopening guidelines for schools, the Washington Post reported. But CDC Director Dr. Robert Redfield told "Good Morning America" on Thursday morning that the agency will not be revising its guidance for schools. Instead, the agency will provide additional reference documents for reopening, he said.

Meanwhile, federal officials are mulling a preliminary plan for the distribution of coronavirus vaccines that suggests they should be offered to medical and national security officials first, and then to other essential workers, the elderly and those with underlying health conditions, the Times reported. Officials are also considering putting Black and Latino people, who have been disproportionately struck by COVID-19, ahead of others in the population.

Hospitals across the Sun Belt continued to be flooded with COVID-19 patients this week.

Fifty-two intensive care units across more than a third of Florida's counties had reached capacity by Tuesday, according to data released by the state's Agency for Health Care Administration, the Post reported.

Arizona is also nearing capacity for ICU beds, as hospitals there rushed to expand capacity and adopted practices similar to those employed at the height of the outbreak in New York City and Italy, the Post reported. Those measures include doubling up hospital beds in rooms, pausing elective surgeries and bringing in health-care workers from other states.

Despite the surge in new cases and hospitalizations, the number of deaths nationwide have stayed steady, the Post reported.

"What we're able to do is when people do get hospitalized and get into the ICU, we're able to save more lives with treatments like remdesivir, with steroids now, which has a big impact on mortality, and innovations in care like using blood thinners on patients and not intubating them as aggressively," explained former U.S. Food and Drug Administration commissioner Scott Gottlieb. He spoke Sunday on CBS' "Face the Nation"

But Dr. Anthony Fauci, the nation's top infectious disease expert, cautioned on Tuesday that it was a "false narrative to take comfort in a lower rate of death," the Times reported.

"There are so many other things that are very dangerous and bad about this virus," Fauci said. "Don't get yourself into false complacency."

If coronavirus testing centers across the country are any indication of how worried Americans are, hours-long lines are now being seen at many sites, according to the Post. In many cities, a combination of factors are stretching testing centers to their limits: a shortage of key supplies, backlogs at laboratories that perform the tests, and surging infection counts as cases climb in almost 40 states.

"We're right back where we were at the peak of the epidemic during the New York outbreak," Gottlieb said. "The difference now is that we really had one epicenter of spread when New York was going through its hardship, now we really have four major epicenters of spread: Los Angeles, cities in Texas, cities in Florida, and Arizona. And Florida looks to be in the worst shape."

Florida's total caseload neared 224,000 by Thursday, on Wednesday, a grim statistic only reached so far by three other states -- New York, California and Texas -- the Times reported.

Regardless, Walt Disney World in Orlando plans to reopen on Saturday, the Times reported.

Parades, fireworks and most indoor shows at the park have been suspended, and there will be no hugs with costumed characters, park officials said. Fingerprint scanners will not be used at park entrances, they added.

"COVID is here," said Josh D'Amaro, Disney's theme park chairman. "We have a responsibility to figure out the best approach to safely operate in this new normal."

One new strategy that U.S. health officials plan to adopt is "pooled" coronavirus testing, the Times reported. The decades-old method would vastly increase the number of virus tests performed in the United States.

Instead of carefully rationing tests to only those with symptoms, pooled testing would allow frequent surveillance of asymptomatic people, the newspaper reported. Mass identification of coronavirus infections could hasten the reopening of schools, offices and factories.

With pooled testing, nasal or saliva swabs are taken from large groups of people. Setting aside part of each individual's sample, a lab then combines the rest into a batch holding five to 10 samples each. If a pooled sample yields a positive result, the lab would retest the reserved parts of each individual sample that went into the pool, pinpointing the infected person, according to the Times.

"We're in intensive discussions about how we're going to do it," Fauci told the Times. "We hope to get this off the ground as soon as possible."

A handful of states have actually brought the virus under control after being slammed in the early stages of the pandemic. Determined to keep case counts low, New York, Connecticut and New Jersey have said they will mandate quarantines for travelers coming from states that are experiencing large spikes in new cases, the Times said.

By Thursday, the U.S. coronavirus case count passed 3 million as the death toll passed 132,000, according to a Times tally.

There has been some good news in recent weeks, however. Researchers at Oxford University in England announced that dexamethasone, a widely used, low-cost steroid, appears to cut the death rate for ventilated COVID-19 patients by one-third. It also lowered the death rate for patients who require oxygen (but are not yet on a ventilator) by one-fifth, the Times reported.

"Bottom line is, good news," Fauci told the Associated Press. "This is a significant improvement in the available therapeutic options that we have."

But at least three manufacturers of the drug have reported shortages, according to the American Society of Health-System Pharmacists, STAT News reported. Two of the companies cited increased demand as a reason for their shortages.

Meanwhile, the search for an effective vaccine continues.

The federal government will pay Novavax $1.6 billion to speed development of 100 million doses of a coronavirus vaccine by the beginning of next year, the Times reported Tuesday.

The deal is the largest that the Trump administration has made so far with a company as part of Operation Warp Speed, a federal effort to make coronavirus vaccines and treatments available to the American public as quickly as possible, the Times said.

The U.S. Department of Health and Human Services (HHS) had already said that it would provide up to $1.2 billion to the drug company AstraZeneca to develop a potential coronavirus vaccine from Oxford University, in England.

That research agreement funds a clinical trial of the potential vaccine in the United States this summer with about 30,000 volunteers, the Times reported.

The United States has already agreed to provide up to $483 million to the biotech company Moderna and $500 million to Johnson & Johnson for their vaccine efforts. It is also providing $30 million to a virus vaccine effort led by the French company Sanofi, the Times reported. Moderna said a large clinical trial of its vaccine candidate could begin in July.

Even as the pandemic is easing in Europe and some parts of Asia, it is worsening in India. India recorded nearly 25,000 new coronavirus infections on Thursday, its highest single-day total yet. The country now has the third-highest number of COVID-19 cases, with over 767,000 infections, the Times reported.

Brazil has also become a hotspot in the coronavirus pandemic, with over 1.7 million confirmed infections by Thursday, according to the Hopkins tally. It has the second-highest number of cases, behind only the United States.

Cases are also spiking wildly in Russia: As of Thursday, that country reported the world's fourth-highest number of COVID-19 cases, at more than 706,000, the Hopkins tally showed.

Worldwide, the number of reported infections passed 12 million on Thursday, with nearly 550,000 deaths, according to the Hopkins tally.