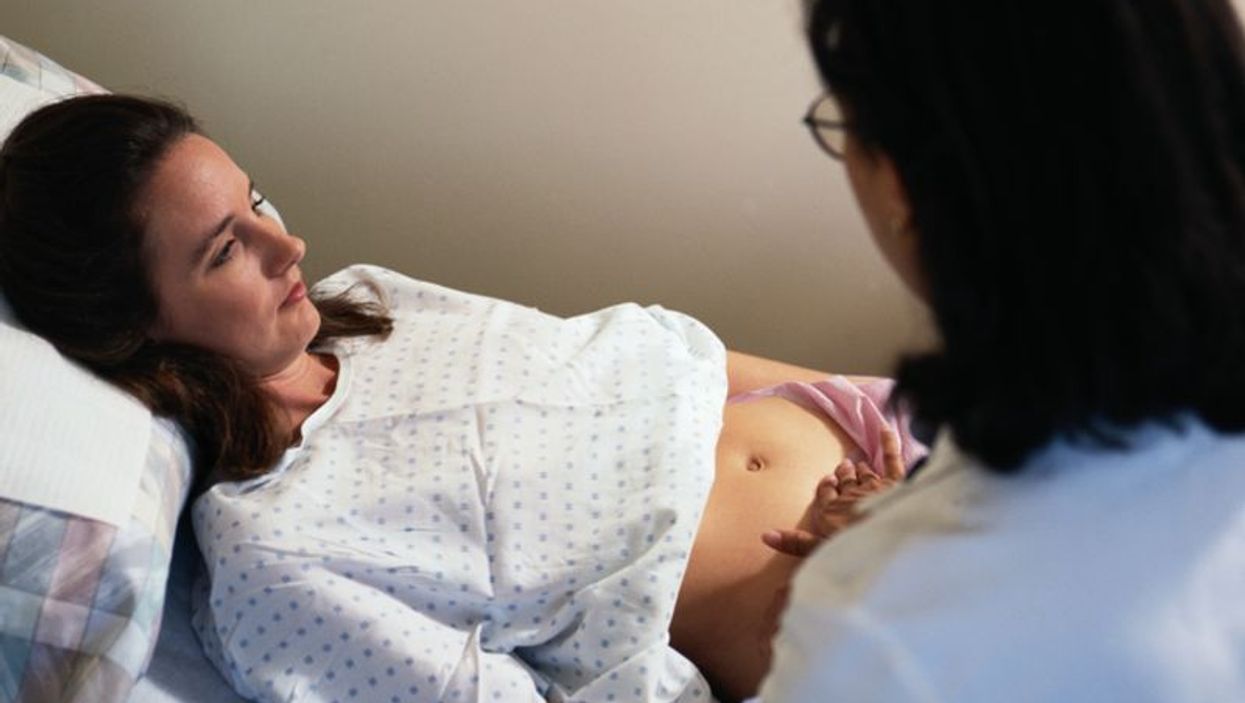 WEDNESDAY, May 2, 2018 (HealthDay News) -- Due to the U.S. opioid epidemic, hepatitis C is up among pregnant women, raising the risk for mother-to-child transmission of the virus, a new study reveals.

Hepatitis C can be contracted via dirty needles used by opioid addicts.

But just a fraction of newborns exposed to hepatitis C in the womb are screened for the liver-harming infection, University of Pittsburgh researchers found.

Looking at maternity records at the university's medical center, Chappell's team found hepatitis C among pregnant women in the Pittsburgh area shot up 60 percent between 2006 and 2014.

The blood-borne disease is often acquired by sharing needles and other equipment involved in injecting opioid drugs such as heroin.

And mother-to-child transmission is the most common cause of hepatitis C infection in children.

So why aren't more of them tested in infancy?

"The test for hepatitis C virus is usually not done until 18 months of age, because it can be falsely positive before then," explained Chappell, an assistant professor of obstetrics, gynecology, and reproductive sciences.

Early screening is recommended, however, when the mother is a known drug user. But the study team said mothers-to-be may not want to disclose their drug use.

"Pediatricians might not know the infants were exposed during pregnancy," Chappell said. "Perhaps pediatricians or parents have forgotten about the exposure by then. It is impossible to know from this study what has caused the lack of screening."

Given the difficulty in determining who has a history of injection drug use and the fact that hepatitis C virus is increasing, Chappell said she favors universal screening of all expectant mothers.

"Strategies to improve pediatric screening of infants exposed should also be considered," she suggested.

It's estimated that upwards of 40,000 American newborns get exposed to hepatitis C in the womb each year. As many as 4,000 go on to be infected, according to the study authors.

For the new study, the investigators looked at nearly 88,000 pregnant women who gave birth at the University of Pittsburgh Medical Center from 2006 through 2014.

Just over 1,000 of the women were diagnosed with hepatitis C.

Those diagnosed were more likely to be under 30 years of age, white, and on Medicaid, the publicly funded insurance program for the poor.

In addition, the study authors found that these women were much more likely to have opioid abuse disorder, along with other forms of substance abuse, compared with the rest of the group.

Of hepatitis C virus-exposed infants, just about one-third underwent basic "well-child care" screenings recommended for newborns. Among those who did, 96 infants were screened for hepatitis C. In the end, roughly 8 percent of those were diagnosed with the infection, the findings showed.

Among the two-thirds of infants who did not have well-child screenings, 32 had hepatitis C testing. Those tests confirmed two more cases of infection.

Dr. David Bernstein is chief of hepatology at the Center for Liver Diseases at Northwell Health in Manhasset, N.Y.

"Opiate use is a known hepatitis C risk factor, and all people with a history of opiate use and substance abuse should be screened for hepatitis C," Bernstein said.

But he argued against screening of newborns before they reach the age of 1 year, given the high likelihood for false positives in the first year of life.

Bernstein agreed with Chappell that universal screening in pregnancy "would allow appropriate assessment of liver disease status, as well as establish care for their exposed children."

But he cautioned that the benefits would have to be weighed against the costs and logistics of putting such a measure into effect.

The study findings were published online May 2 in Pediatrics.

There's more on hepatitis C at the U.S. Centers for Disease Control and Prevention.