See What HealthDay Can Do For You
Contact Us
November 23, 2015

Videos of sneezers show droplets are of varying sizes, move at high velocity 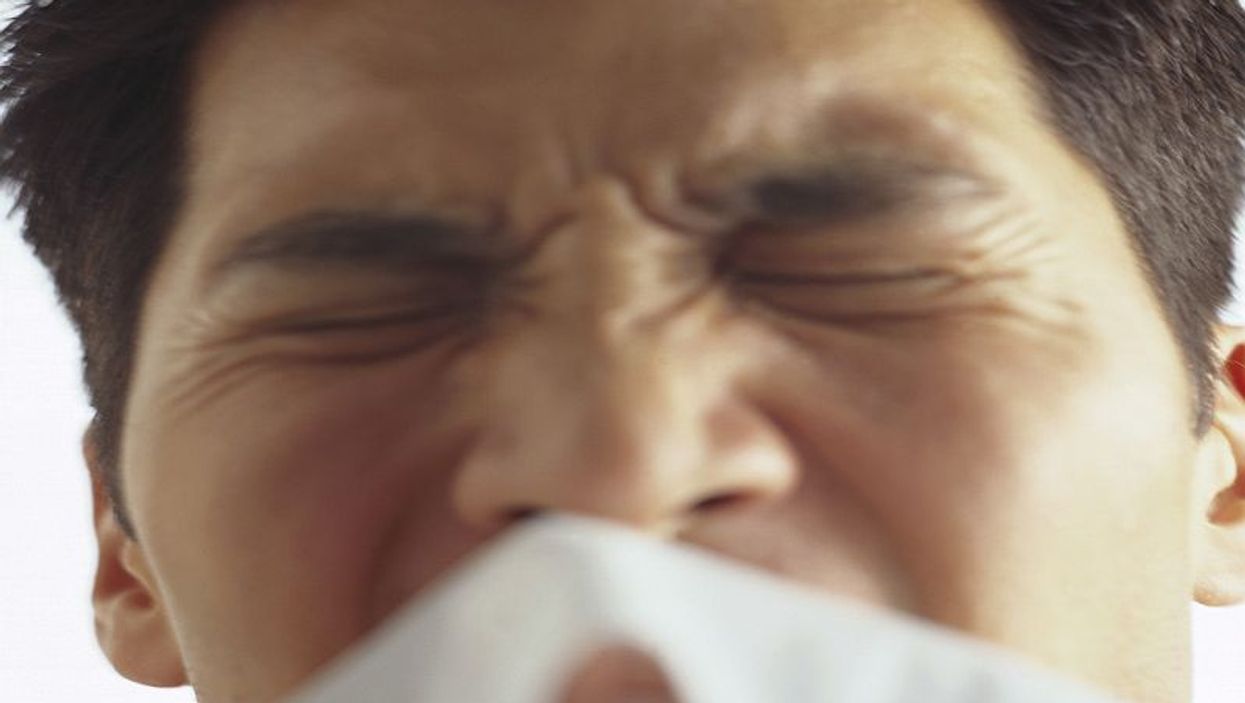 MONDAY, Nov. 23, 2015 (HealthDay News) -- Just in time for cold and flu season, a new study finds the average human sneeze expels a high-velocity cloud that can contaminate a room in minutes.

Researchers at the Massachusetts Institute of Technology (MIT) came to that conclusion by analyzing videos of two healthy people sneezing about 50 times over several days.

It's well known that sneezes can spread infectious diseases such as measles or the flu, because viruses suspended in sneeze droplets can be inhaled by others or deposited on surfaces and later picked up as people touch them.

But it wasn't clear how far sneeze droplets can spread, or why some people are more likely to spread illness through sneezes than others.

In a prior study, the team led by MIT's Lydia Bourouiba found that within a few minutes, sneeze droplets can cover an area the size of a room and reach ventilation ducts at ceiling height.

In their latest new study, they discovered how sneeze droplets are formed within what they called a "high-propulsion sneeze cloud." The findings are slated for presentation Monday at the annual meeting of the American Physical Society in Mobile, Ala.

"Droplets are not all already formed and neatly distributed in size at the exit of the mouth, as previously assumed in the literature," Bourouiba said in a society news release.

Rather, sneeze droplets "undergo a complex cascading breakup that continues after they leave the lungs, pass over the lips and churn through the air," said Bourouiba, who is head of MIT's Fluid Dynamics of Disease Transmission Laboratory.

Learning more about the dynamics of sneezing could lead to new ways to prevent the spread of diseases, especially during epidemics or pandemics, she said.

The U.S. Centers for Disease Control and Prevention has more about sneezing and coughing.