See What HealthDay Can Do For You
Contact Us
February 10, 2010 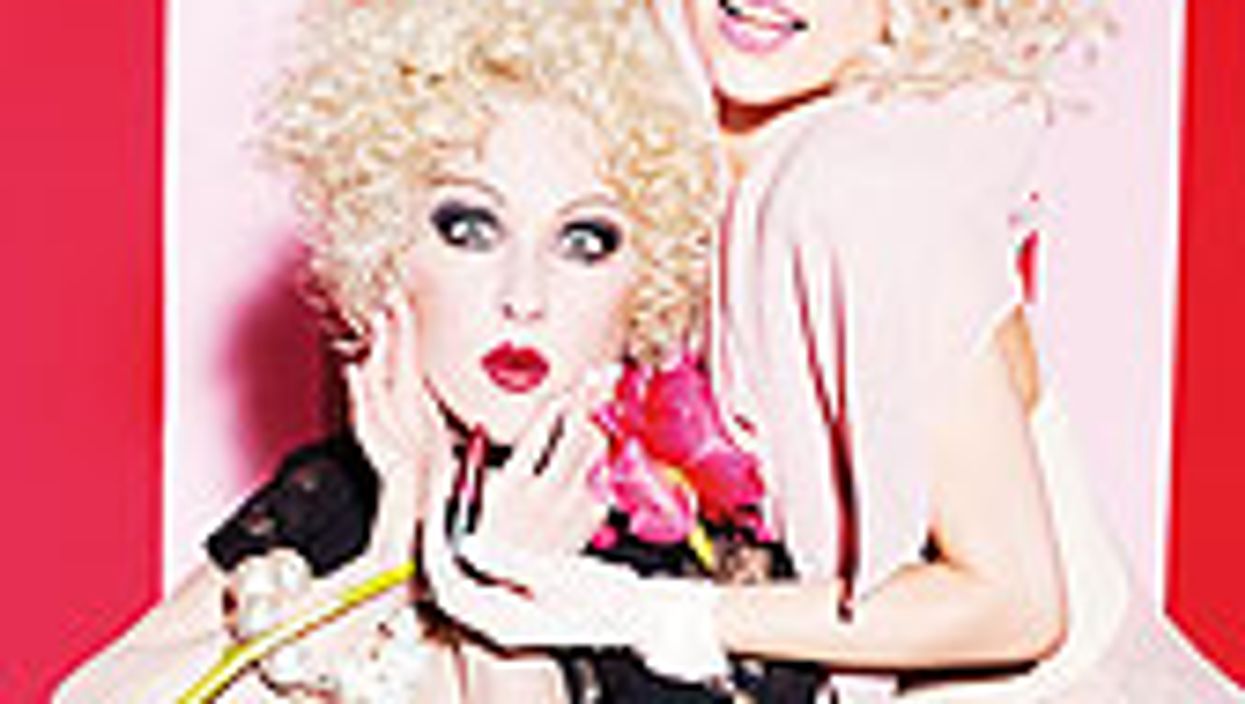 That's why she and music sensation Lady Gaga are teaming up on a new campaign -- sponsored by MAC Cosmetics' nonprofit MAC AIDS Fund -- to remind women that the virus that causes AIDS remains a potent threat to women as well.

"Fighting HIV/AIDS is not a one-woman job," Lauper told HealthDay. "Lady Gaga and I are using our voices as a call to action for women all over the world. I lost a lot of friends to AIDS before we even knew what it was. Today, across the world, women are more likely to become infected with HIV than men. Each one of us needs to do our part to fight for women impacted by HIV and AIDS."

And while Lauper, 56, got involved in the fight against AIDS early in the epidemic, Lady Gaga -- the fashion-forward icon whose hits include "Just Dance" and "Pokerface" -- said she's on board for a new generation.

"Anything I can do to help raise money for HIV/AIDS awareness -- that's what I'm here for, and I'm very honored to be a part of this," the pop star, 23, said in a statement.

There does seem to be a need for better awareness if the results of a new MAC AIDS Fund-sponsored poll of 1,000 American women is any indication.

Among the survey's findings:

The attitudes reflected in the survey belie the fact that HIV remains a major cause of illness and death for American women.

In fact, "the number of women living with HIV in the country has tripled since 1985 and it's the leading cause of death for black women ages 18 to 35," noted Nancy Mahon, executive director of the MAC AIDS Fund, which has earmarked more than $2.5 million to projects aimed at fighting HIV/AIDS.

The perception lingers that AIDS is "a gay disease," Mahon said. "While it's true that men who have sex with men remain the highest risk group, women are close behind," she noted.

"In a lot of communities, women still don't think of HIV as a woman's disease unless your boyfriend [turns out to be] gay, you're doing drugs or you're doing something out of the ordinary," said Dr. Shannon Hader, senior deputy director of the HIV/AIDS, Hepatitis, STD and TB Administration at Washington D.C.'s Department of Health.

Hader's team is partnering with the MAC AIDS Fund to increase awareness among residents of the nation's capitol, which has especially high rates of HIV infection. They've also collaborated on one of the first comprehensive efforts to spread awareness about the female condom, which could give women more power over decisions related to protected sex.

Hader said too many women trust their partners to keep them safe from HIV, so they don't ask the necessary questions.

"Do I know my own and my partner's HIV status? Is it only the two of us in this relationship? And should we use condoms? Relationships aren't always easy, and those aren't always questions that people really want to deal with," Hader said.

Too many women also find it tough to get an HIV test, even when they ask for it. According to Mahon, "many women have told us, 'I go out and ask my doctor for a test and they say, well, what have you been up to?'"

The solution, according to the experts, is easy: Make the HIV test a routine part of a woman's medical care.

"A lot of women who aren't sure if they've been tested for HIV or maybe are complacent about it have been seeing health providers, getting reproductive health care, getting Pap smears, etc.," Hader noted. "So, if they haven't been offered an HIV test every time they have come in for a routine health exam, then it is like the medical community has said, 'This isn't important to you.'"

Instead, doctors should, "offer [the test] as a 'no big deal' part of every exam," Mahon reasoned. Otherwise, "it becomes this big stigma point to ask for it."

Changes like that will take time. In the interim, efforts like the MAC AIDS Fund's campaign aim to chip away at stereotypes and complacency. As part of the campaign, Lauper and Lady Gaga have each lent their names to a shade of VIVA GLAM lipstick, with 100 percent of the proceeds going to the MAC AIDS Fund.

As Lady Gaga noted, women need only take a few simple steps to shield themselves from HIV.

"Use protection, and be selective and strong about those you love," she said. "Your body is sacred, and it's OK to say no. Make your partners get tested, go together: it will only make your relationship stronger and healthier."

Lauper agreed. "Be smart, be careful, protect yourself," she said in a statement. "And look out for your sisters to make sure they are doing the same."

Find out more about women and HIV/AIDS at the U.S. Centers for Disease Control and Prevention.