See What HealthDay Can Do For You
Contact Us
September 30, 2013 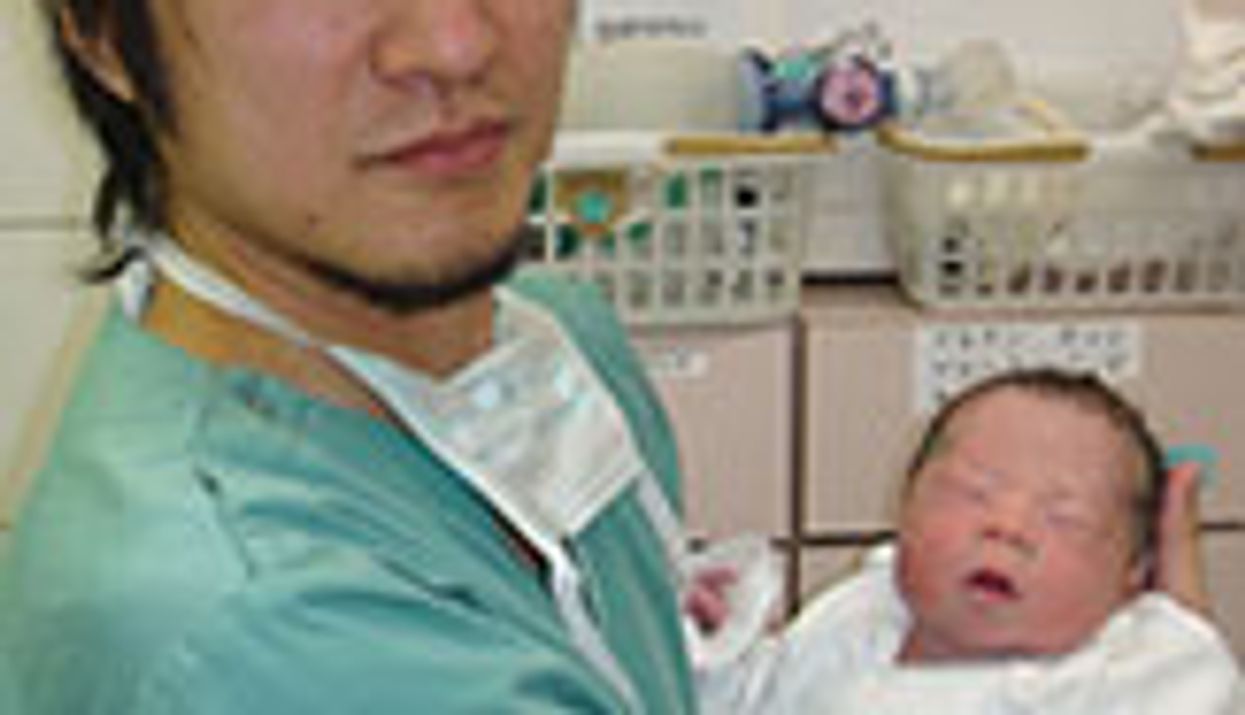 The boy's 30-year-old mother had suffered from primary ovarian insufficiency, a condition triggering menopausal symptoms before age 40 and a lack of egg-bearing ovarian follicles, the study authors noted.

The experimental procedure involved removing the mother's ovaries, cutting them into small cubes and then replacing them in her abdomen after treating the ovarian pieces with egg-stimulating drugs.

Twenty-seven women in Japan underwent the treatment as part of the study, and researchers were able to collect mature eggs from five of them. The eggs were then fertilized with the husbands' sperm and transplanted back into the women. Another participant is currently pregnant.

"I always felt emotional anxiety [about the treatment approach] . . . but when I saw the healthy baby, my anxiety turned to delight. The couple and I hugged each other in tears," said study author Dr. Kazuhiro Kawamura, director of the Reproduction Center at St. Marianna University School of Medicine in Kanagawa, Japan.

"Although we expect our approach to be widely available throughout the world, it is very difficult to repeat it by just following the published paper," added Kawamura, who collaborated on the research with Stanford University scientists in California. "We are now thinking of providing a training course for this infertility technique in Japan."

The study is published online Sept. 30 in the journal Proceedings of the National Academy of Sciences.

About 1 percent of reproductive-age women suffer from infertility because of primary ovarian insufficiency, according to the study authors. If the new treatment technique aimed at these women -- who currently must use donor eggs to become pregnant -- were to become widely available, it would likely cost at least $15,000, Kawamura said.

In a process called ovary fragmentation, Kawamura and his colleagues laparoscopically removed participants' ovaries, cut the ovaries into strips, fragmented them into tiny cubes and treated the cubes with drugs for two days that stimulated follicle growth.

The treated cubes were then transplanted into the women's fallopian tubes, and the women were treated with hormones to stimulate egg production. Mature eggs were retrieved from five women, in whom embryos were implanted after in vitro fertilization was performed.

"I developed this infertility technique based on my [experience] and knowledge as both a basic scientist and a physician," Kawamura said. "Based on our previous findings, I had confidence that this approach could work clinically."

The researchers plan to investigate whether the technique can also help women with early menopause triggered by cancer chemotherapy or radiation along with other infertile women between the ages of 40 and 45.

Dr. Hailey Hall, an obstetrician-gynecologist at Houston Methodist Hospital in Texas, called the research "exciting" and said it offers hope for infertile patients, particularly those with primary ovarian insufficiency. She cautioned, however, that any potential long-term risks from the procedure to mother or baby may take decades to determine.

Kawamura said he believed the technique carried only the common risks of laparoscopic surgery, and does not affect the eggs' chromosomes.

Hall expects it "will be a while before the treatment is commercially available," she said. "It represents hope. The women right now, who are trying to decide if they want to use donor eggs, will have one more thing they can potentially use to have the family they've dreamed about."