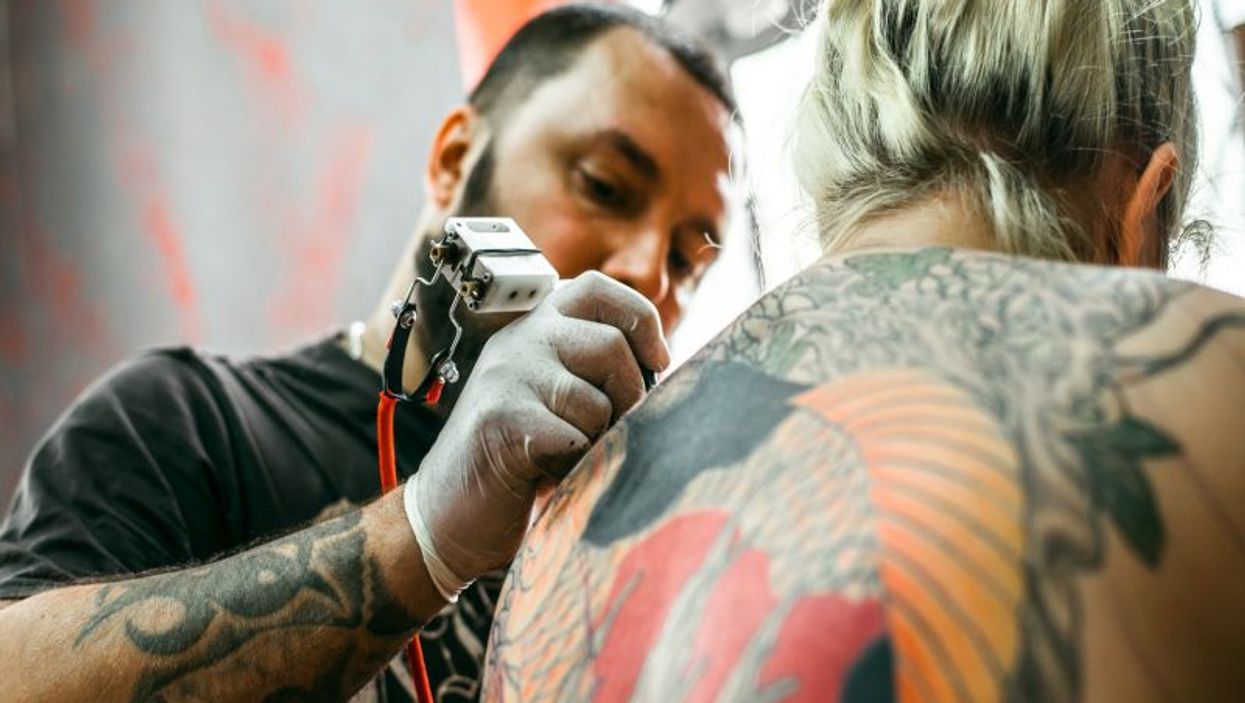 Jad Othman, M.B.B.S., from the Royal Prince Alfred Hospital in Australia, and colleagues described the case of a 30-year-old woman reporting a two-week history of bilateral axillary lumps noted on self-examination without fever, night sweats, weight loss, or pulmonary symptoms. She had a large tattoo covering her back that had been present for 15 years and another on her left shoulder that was 2.5 years old.

The researchers found that the results of all blood tests were within normal ranges, with a mildly elevated erythrocyte sedimentation rate. Multiple enlarged lymph nodes in the axillary, hilar, and mediastinal areas were seen on positron emission tomography-computed tomography (PET-CT). These findings were interpreted as consistent with lymphoma. After nondiagnostic fine-needle aspiration, an enlarged black node was found in excisional biopsy of a left axillary lymph node. The nodal architecture was replaced by well-formed epithelioid granulomas and scattered multinucleate giant cells. Within the paracortex there were collections of black pigment-laden macrophages. The diagnosis was determined to be granulomatous lymphadenitis, which was probably a hypersensitivity reaction to the tattoo pigment.

"To the best of our knowledge, the PET-CT findings of markedly glucose-avid nodes in multiple areas have not previously been described," the authors write. "We believe that this case highlights the importance of a careful tattoo history and physical examination."