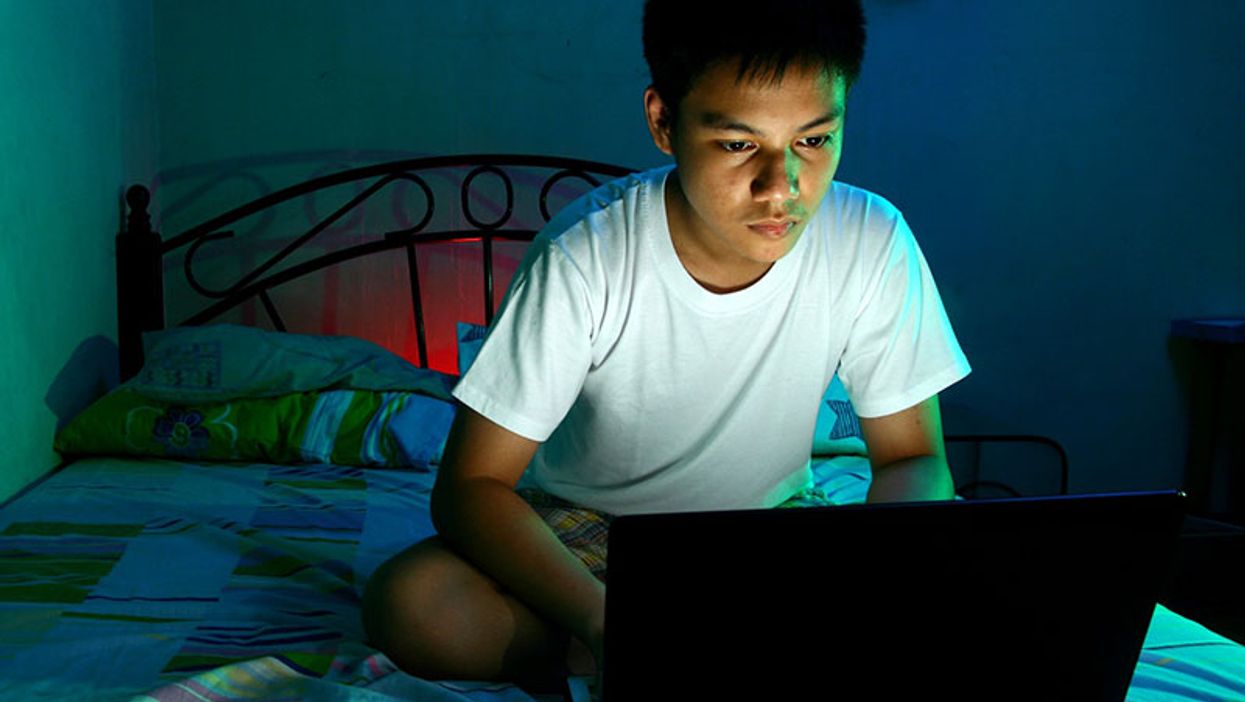 That is the unhealthy lifestyle of nearly all U.S. high school students, new research finds.

The study, of almost 60,000 teenagers nationwide, found that only 5 percent were meeting experts' recommendations on three critical health habits: sleep; exercise; and time spent gazing at digital media and television.

It's no secret that many teenagers are attached to their cellphones, or stay up late, or spend a lot of time being sedentary. But even researchers were struck by how extensive those issues are among high school students.

"Five percent is a really low proportion," said study leader Gregory Knell, a research fellow at University of Texas School of Public Health, in Dallas. "We were a bit surprised by that."

In general, medical experts say teenagers should get eight to 10 hours of sleep at night, and at least one hour of moderate to vigorous exercise every day. They should also limit their screen time -- TV and digital media -- to less than two hours per day.

It's easy to see how sleep, exercise and screen time are intertwined, he pointed out.

"Here's one example: If kids are viewing a screen at night -- staring at that blue light -- that may affect their ability to sleep," Knell said.

Ariella Silver is an assistant professor of pediatrics and adolescent medicine at Icahn School of Medicine at Mount Sinai, in New York City. She agreed there's a lot of overlap in the three behaviors.

Silver, who was not involved in the study, also made this point: The two-hour limit on screen time may be tough for high school students, since their homework may demand a lot of computer time.

It's not clear how much that may have played into the findings, Silver said.

Still, she sees screen time as possibly the "biggest factor" here. Silver agreed that it may hinder teenagers' sleep. But another issue comes up when social media "replaces" face-to-face social interaction.

When kids do not go out with friends, they miss out on many experiences -- including chances for physical activity, Silver said.

While no group of kids in the study was doing well, some were faring worse than others: Only 3 percent of girls met all three recommendations, versus 7 percent of boys.

Similarly, the rate was 2 percent to 4 percent among black, Hispanic and Asian American students, versus just over 6 percent of white kids, the findings showed.

The report was published online Feb.4 in the journal JAMA Pediatrics.

Silver offered some advice for parents:

The good news, Knell said, is that since sleep, exercise and screen time are interrelated, changing one habit could affect the others, too.

"There are certainly small changes you can make that may have a big impact," he said.

The American Academy of Family Physicians has advice for teenagers on staying healthy.