See What HealthDay Can Do For You
Contact Us
December 12, 2018 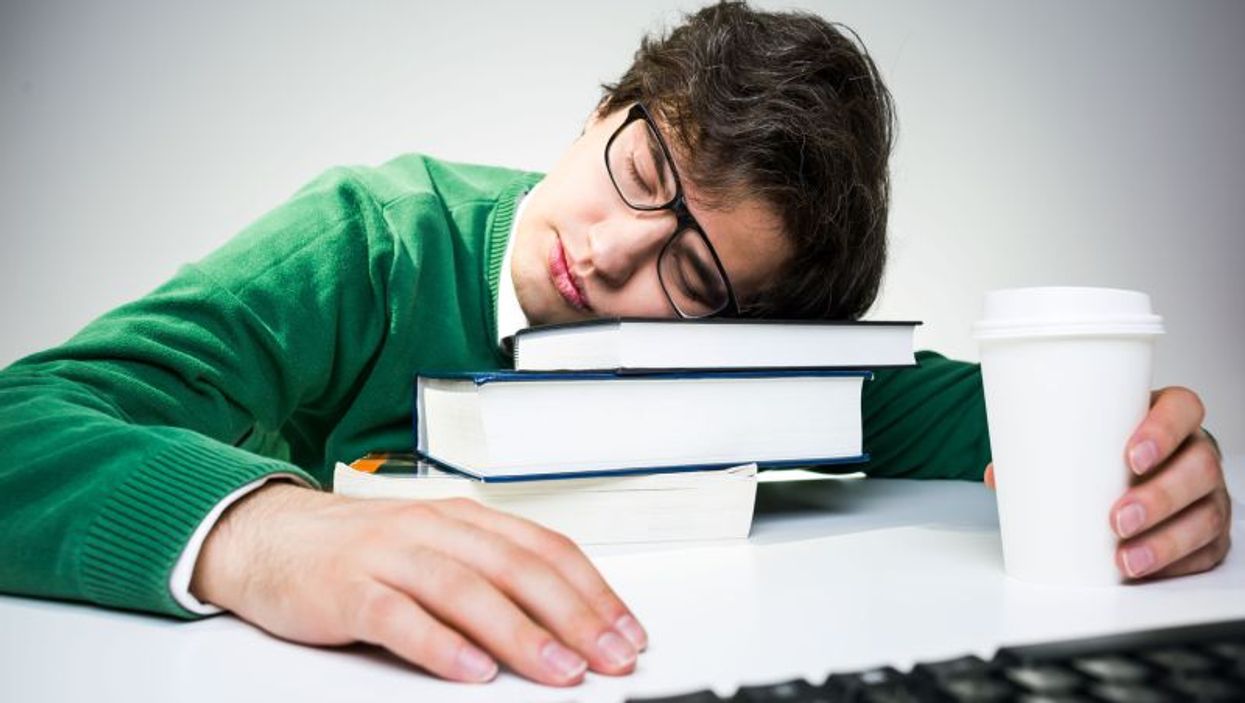 WEDNESDAY, Dec. 12, 2018 (HealthDay News) -- Would delaying the start of school help sleep-deprived teens get more of the shut-eye they need?

Yes, suggests a Seattle experiment that assessed how adolescent sleep habits changed after the opening school bell shifted from 7:50 a.m. to 8:45 a.m.

The result: high school students ended up clocking an extra 34 minutes of sleep per night, on average. Better yet, that was accompanied by a 4.5 percent average rise in grades.

"Around 90 percent of adolescents are not getting the recommended 8 to 10 hours of daily sleep," said study author Horacio de la Iglesia, a professor of biology at the University of Washington in Seattle.

"[But] we found that after the Seattle school district delayed the start time of secondary schools from 7:50 to 8:45, the students gained 35 minutes of daily sleep, felt less sleepy, improved their grades, and in a school with high representation of lower-income students they also increased their attendance and punctuality," he added.

Two teachers who had students involved in the experiments couldn't agree more.

Cynthia Jatul, a teacher at Roosevelt High School in Seattle, described the results of the later start time move as "encouraging," and said the change ultimately produced "students who are more awake and engaged in morning classes.

Roosevelt colleague Tracy Landboe agreed. "The difference in the attention and energy level of my students during the morning as compared to the earlier start is 'night and day,'" she said.

What's more, the benefits are apparent even outside the classroom, Jatul noted, pointing out that "parents have also reported marked improvement in student mood, which they appreciate because family dynamics suffer when students are constantly sleep-deprived."

The nearly one-hour delay in school start times was implemented during the 2016-2017 academic year, and affected a total of 18 Seattle high schools.

To explore the impact, investigators focused on a pool of students drawn from Seattle's Roosevelt High School and Franklin High School.

Initially, a total of 92 sophomores drawn from both schools wore wrist activity monitors all day for a two-week period in the spring of 2016, before the start time change was affected. The monitors gauged both light and student activity patterns throughout.

The monitors were then placed on a second group of 88 sophomores about seven months after the school start times had shifted, enabling researchers to track when students were asleep or awake.

In addition to the more than half-hour gain in nightly sleep, the team also found that the time students tended to wake up on school days started to move closer to the time they'd wake up over the weekend.

This suggested that weekday sleep habits were falling more in line with actual teenage needs, given the common wisdom that as puberty kicks in a teen's circadian rhythm "lengthens," naturally driving teens to fall asleep and wake up later than younger children or adults.

The current analysis did not, however, find that teens went to bed later following the shift in school start times.

"Our findings," said de la Iglesia, "are in line with what the biology of sleep in adolescents predicts, but we were indeed pleasantly surprised to find this was the case."

Still, he acknowledged that school districts are often apt to oppose a start time change, sometimes based on "a wrong perception that teenagers are lazy" or a desire on the part of after-school sports programs to get teens practicing and playing as early in the day as possible.

But de la Iglesia pointed to the particular leg up the delayed start time appears to have among lower-income families and minority students. Both groups saw a particularly marked improvement in both school attendance and punctuality following the delay in school start times.

The findings were published Dec. 12 in the journal Science Advances.

Matthew Weaver is an associate epidemiologist in the division of sleep and circadian disorders at Brigham and Women's Hospital in Boston. He noted that "sleep deficiency is an important public health concern," and that "most youth do not get the sleep that they need.

"This study is an important contribution to the evidence on this issue," said Weaver, who wasn't involved with the research. "They conducted a rigorous evaluation with objective monitoring of sleep, and found a meaningful benefit with the change. The increase in sleep duration is very meaningful.

"When viewed from the perspective of student health, learning and development, I don't see a downside," said Weaver. "There are commonly discussed issues surrounding transportation logistics, cost and compressed time for after-school activities.

"However, I think the evidence is clear that later start times make it easier for kids to get the sleep that they need, and getting an adequate amount of sleep is incredibly beneficial for their growth and development, mental health, and their ability to learn and retain information," he said.

The U.S. National Institutes of Health has more on teens and sleep.