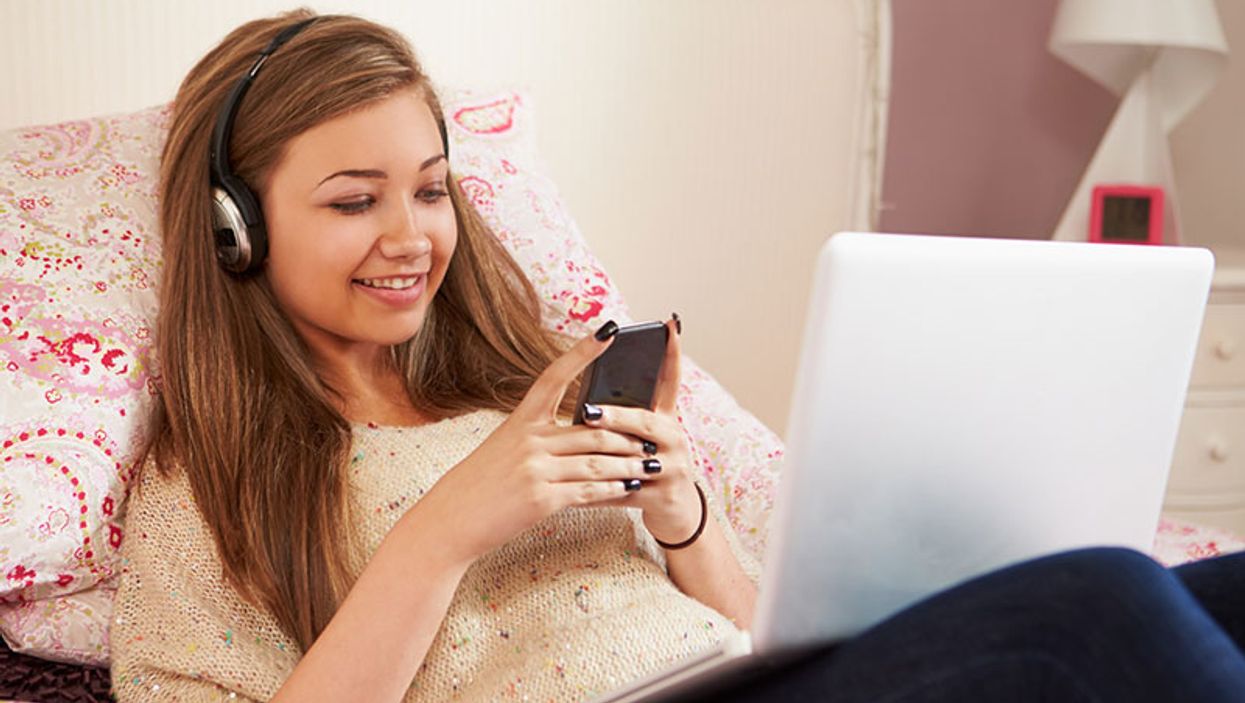 WEDNESDAY, Dec. 14, 2016 (HealthDay News) -- Teens glued to their tablet, smartphone or computer for hours on end may be more likely to become obese, a new study suggests.

Those who used screen devices for five or more hours daily were twice as likely to drink more sugary beverages and engage in too little physical activity, the researchers found.

As a result, these teens showed a 43 percent increased risk of obesity compared with kids who don't use smartphones or tablets at all. But the study did not prove that high use of these technologies caused obesity risk to rise.

"Parents should be cautious with their kids in terms of how much they're using these devices, especially if you see your child on them several hours a day," said study lead author Erica Kenney. "It is something to keep an eye on and be concerned about, because it could be having an effect on their health."

Kids using a screen device for that amount of time is not that uncommon, Kenney, a research fellow with the Harvard T.H. Chan School of Public Health in Boston, and her co-author found.

"We know kids are shifting their time away from TV and onto these other devices," Kenney said.

The study relied on data drawn from the 2013 and 2015 waves of the Youth Risk Behavior Surveillance System, a regular youth survey conducted by the U.S. Centers for Disease Control and Prevention. Researchers reviewed responses from almost 25,000 teens in grades 9 through 12.

But those bad habits also appeared to transfer over when kids used smartphones, tablets or computers. Five or more hours of screen device time every day was linked to a doubled risk of drinking sugary beverages and getting too little exercise every day, and a 74 percent increased risk of poor sleep.

"If kids are playing video games on the computer while they're eating, they sometimes don't register an end to their hunger," Schiff said. "Eating can become mindless rather than mindful, and they may not realize they are actually full."

In addition, a more insidious process tied to screen use could be influencing their food choices, Kenney said.

"A lot of the literature on TV and diet and TV and obesity risk really suggests the key factor driving these associations is exposure to advertising for unhealthy things that kids nag their parents to get in the supermarket," she said. "We do know in recent years a lot of the money towards marketing foods and beverages has shifted more towards marketing on social media and video games and things like that."

"Years ago, kids would play in the playground at recess or come home after school and play in their yards or on the sidewalk," Schiff said. "That play has been replaced to an extent by video games, Facebook, YouTube and texting.

"It's not a surprise that childhood obesity is on the rise, since to some extent virtual games have replaced real-time play and interaction, and physical activity has been relegated to fingers and thumbs," she continued.

Kenney recommends getting advice on ways to limit screen time if your child is using smartphones or tablets more than a couple hours a day.

"If they're regularly on these devices for long periods of time, you maybe want to talk with your pediatrician about strategies for how to cut back a little bit," she said.

The new study was published online Dec. 14 in The Journal of Pediatrics.

For more on childhood obesity, visit the Obesity Society.