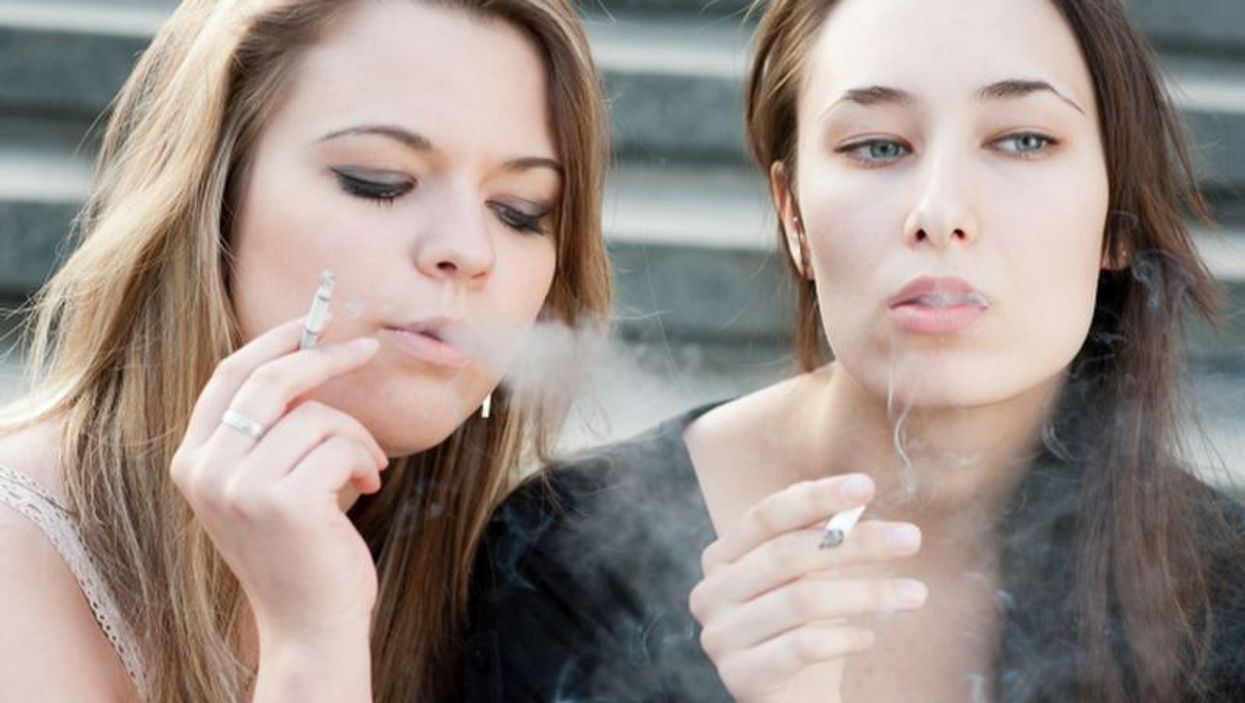 WEDNESDAY, Aug. 29, 2018 (HealthDay News) -- Teens who drink or smoke already have stiffening arteries, and the risk is highest for those who are both heavy smokers and heavy drinkers, a new study reports.

Arterial stiffening is a sign of blood vessel damage that increases the chances for heart attack and stroke later in life. The good news is that teens can reverse this damage if they stop smoking and drinking, the researchers said.

The British researchers looked at the smoking and drinking habits of 1,300 teens in the United Kingdom at ages 13, 15 and 17. The youths also underwent tests of arterial stiffness.

Those who said they had ever smoked at least 100 cigarettes had 3.7 percent more arterial stiffening than those who reported smoking 20 cigarettes or less.

Among teens who drank alcohol, those who preferred beer over wine or spirits, and those who tended to "binge drink" (more than 10 drinks in a typical drinking day) had 4.7 percent more stiffening of their arteries compared to light drinkers.

Teens who were the heaviest smokers and drinkers had 10.8 percent more stiffening of their arteries than those who had never smoked and who never or rarely drank, according to the study.

The findings show that "drinking and smoking in adolescence, even at lower levels compared to those reported in adult studies, is associated with arterial stiffening and atherosclerosis progression," said senior author Dr. John Deanfield. He is a professor of cardiology at the Institute of Cardiovascular Science at University College London.

"However, we also found that if teenagers stopped smoking and drinking during adolescence, their arteries returned to normal, suggesting that there are opportunities to preserve arterial health from a young age," Deanfield added in a college news release.

Marietta Charakida is a clinical senior lecturer at King's College London who worked on the study while at the Institute of Cardiovascular Science.

"Injury to the blood vessels occurs very early in life as a result of smoking and drinking and the two together are even more damaging," she said in the release.

"Although studies have shown teenagers are smoking less in recent years, our findings indicated approximately 1 in 5 teenagers were smoking by the age of 17. In families where parents were smokers, teenagers were more likely to smoke," Charakida said.

The study was published Aug. 28 in the European Heart Journal.