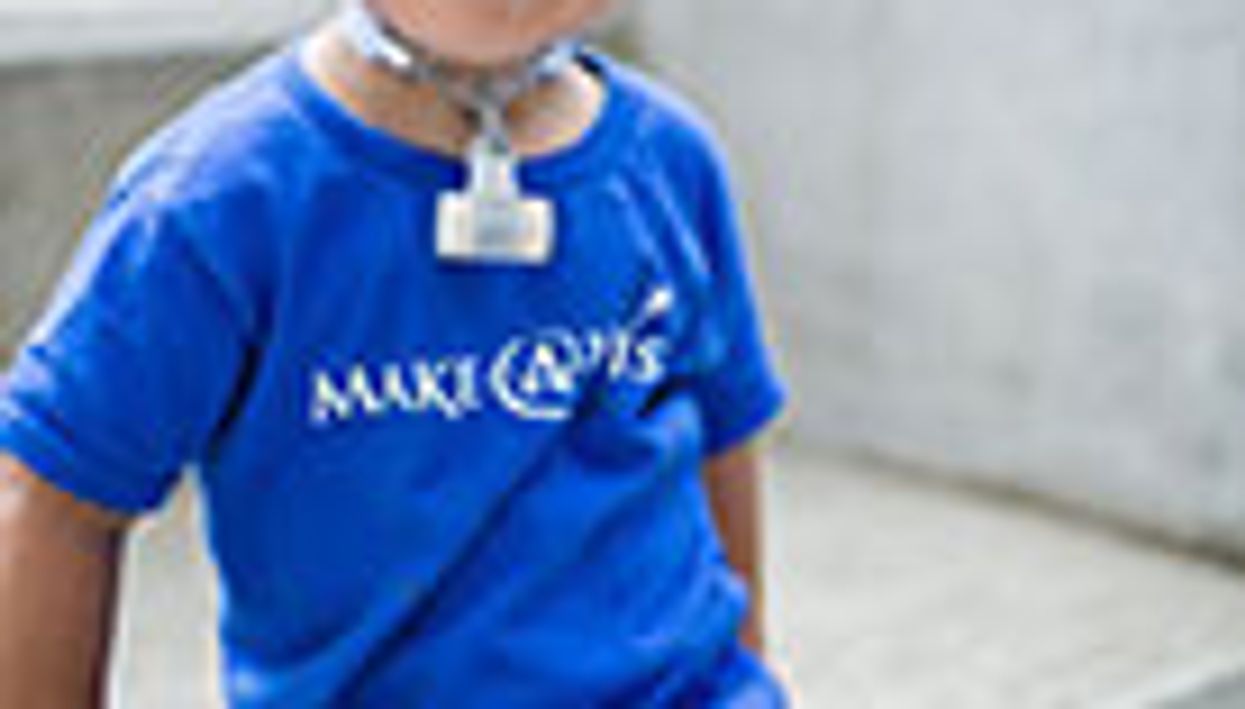 WEDNESDAY, April 29, 2015 (HealthDay News) -- An implant created with a 3D printer has saved the lives of three baby boys near death from a rare airway disease.

University of Michigan researchers are calling the implant a "4D" device because they successfully engineered it to adapt to the children's growth over time.

The boys -- from 3 months to 16 months old -- suffered from a condition called tracheobronchomalacia, which occurs when the airway walls are too weak and collapse during breathing.

"It's hard to convey how very sick these children were," said senior author Dr. Glenn Green, an associate professor specializing in pediatric otolaryngology.

The children had been in an intensive care unit for months, he said. Breathing tubes were implanted into their necks, and they were kept on ventilation under heavy sedation. One "was unable to have any food in his stomach without having cardiac arrest," Green said, and all required frequent resuscitation.

To save their lives, researchers designed an airway splint made of hollow, porous tubes shaped like the letter "C," said study co-author Scott Hollister, a professor of biomedical and mechanical engineering. Surgeons sutured the splints around the affected airways, essentially propping open the passages.

As the children grew, the thin splints flexed and allowed their airways to grow while staying open. "That splint will essentially give way and allow the airway to grow over time," Hollister said. The splints are made of a biomaterial that will dissolve as the airway becomes strong enough to stand open on its own.

The first boy to receive an airway splint, Kaiba Gionfriddo, now is 3 years old. The little Ohio boy turned blue soon after birth because his tiny lungs couldn't draw in enough air. He received his implant in 2012, at 3 months of age.

Kaiba's splint appears to have started dissolving away as intended, and doctors have scheduled removal of his breathing tube, Green said. He essentially is considered cured.

"The first time he was hospitalized, doctors told us he may not make it out," Kaiba's mom, April Gionfriddo, said. "It was scary knowing he was the first child to ever have this procedure, but it was our only choice and it saved his life."

About one in 2,000 children around the world is affected by tracheobronchomalacia, Green said. With such a small potential market, there has been little interest by medical device makers to invest in a cure, he added.

The Michigan team decided to fashion their own implant, using a 3D printer. The U.S. Food and Drug Administration, which warns against use of airway stents in children, allowed them to go forward under its exemption for medical emergencies.

The researchers used CT scans of the children's airways to create computer models from which they tailored each device to each kid's specific anatomy, Green said.

"We can print dozens of these and essentially from the printer we take them out and perform mechanical testing in the lab before they are implanted," Hollister said. Such testing, at $10 a pop, allowed them to make sure the splints would flex properly and adapt to the children's growth.

They also used the 3D copies to practice the delicate surgery, Green said.

"With 3D printing, we can actually hold what we are going to operate on," Green said. "We can look at it from multiple directions and manually palpate it in a way that was not possible without 3D printing."

Following the surgery, doctors tracked the kids' progress using CT and MRI scans. None of the devices caused any complications, and the three children now are home with their families, "learning to sit and stand and run," Green said.

Researchers are working with the FDA to design an expanded clinical trial, Green said.

The medical and surgical potential of 3D printing is limitless, Hollister and Green said.

For example, 3D printed ears and noses could be used to correct birth defects and reconstruct features in adults maimed by trauma or cancer treatments, Green said.

Study co-author Dr. Robert Morrison added that 3D printing also can be used to craft precision devices that will adapt to changes in the body. Because of this, they can treat a wide variety of illnesses -- "anything where you're expecting a significant increase in either organ or anatomical structure change," he said.

"You can really create anything that you could imagine to eventually become a medical device," said Morrison, a head and neck surgeon.

The trial results were published April 29 in the journal Science Translational Medicine.

For more on tracheobronchomalacia, visit the U.S. National Institutes of Health.