Reading Comes Easier for Kids When Rover's Around 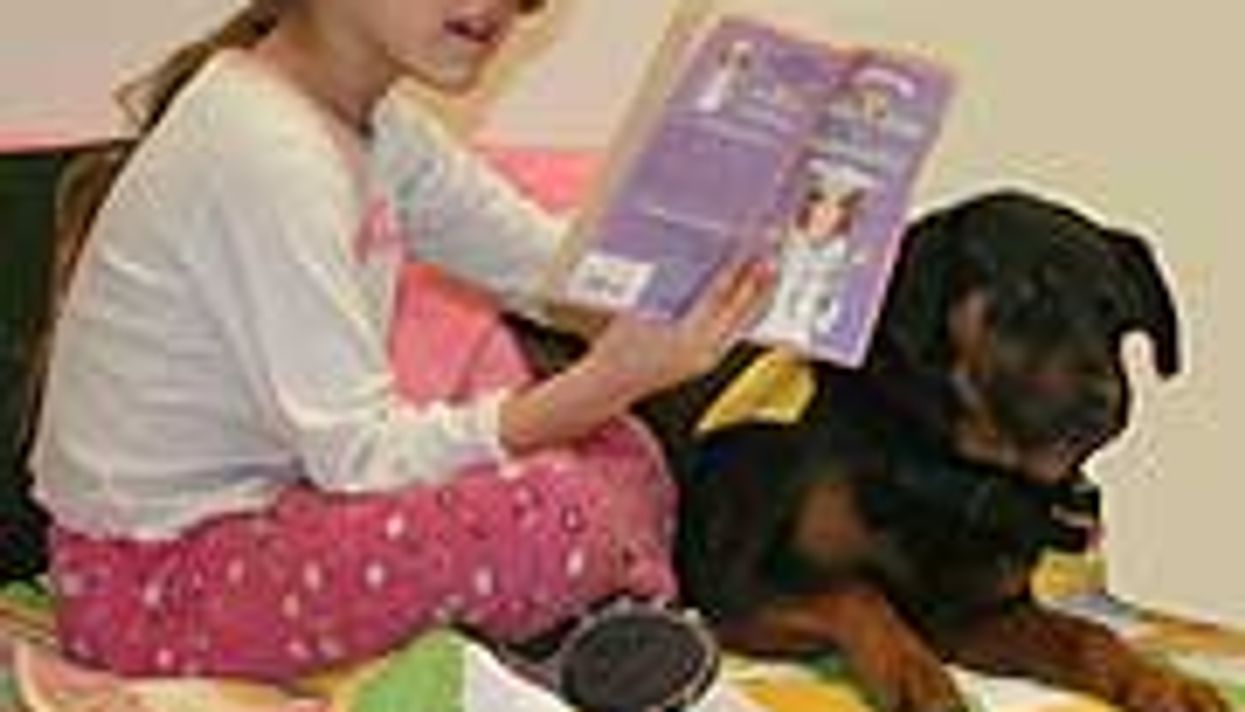 FRIDAY, June 18, 2010 (HealthDay News) -- Third grader Zephaniah San Juan didn't like reading books. No matter what the subject, he could barely get through one chapter before calling it quits.

Weeks later he'd reluctantly pick up the book again but only skim through a few pages.

"I thought it was kind of boring," the 9-year-old admitted of reading.

Now that's changed, thanks to a little canine intervention.

Zephaniah took part in a recent study where nearly a dozen home-schooled children in the Sacramento, Calif., area read aloud to therapy dogs once a week for 15 minutes.

The experience not only sparked Zephaniah's interest in the written word but the entire group became better readers.

During the 10-week study, conducted by a team at the UC Davis School of Veterinary Medicine, students visited the campus weekly to read for just a few minutes to their therapy dog of choice.

The three pooches are part of the All Ears Reading program, which is run by St. Louis Cardinals baseball manager Tony La Russa as part of his Animal Rescue Foundation (ARF). The program pairs up kids with dogs as reading partners.

At the end of the study, the students, aged 7 to 12, showed a 30 percent improvement in their reading fluency, the UCD researchers found.

The biggest improvements came from third graders in the public school that read below grade level, added Martin Smith, a veterinary school science educator at UC Davis and one of the lead researchers on the study.

"Strong reading skills are among the essential tools necessary to develop a scientifically literate youth population," said Smith. Those skills, he added, are facilitated by reading aloud, a practice some children find difficult and intimidating.

At the end of the studies, both of which await publication, the youths reported feeling "relaxed and more confident" when reading to a dog versus an adult or their peers.

That's because students who stumble over new words know the dogs won't make fun of them. As a result their reading skills improve and self-esteem grows, the researchers said.

Using dogs as reading mentors has been around for more than a decade with dozens of programs offered nationwide. But until now only anecdotal evidence claimed it worked, said Smith.

He hopes to do a follow-up study, if funding becomes available.

In 2006 ARF started its popular All Ears Reading program. About a dozen volunteers and their pets regularly visit libraries and schools in Walnut Creek, Calif., and surrounding communities.

Hart said all the dogs passed basic obedience tests and displayed the right temperament for the job -- friendly, mild-mannered and mellow.

For children frustrated by verbally connecting words, family pets might also help jump-start their reading skills if done on a regular basis over time.

Hart from ARF often encourages kids to read to their animals at home, no matter what the species.