Tots who favored sugary snacks over salty ones tended to be heavier by age 3, researchers found 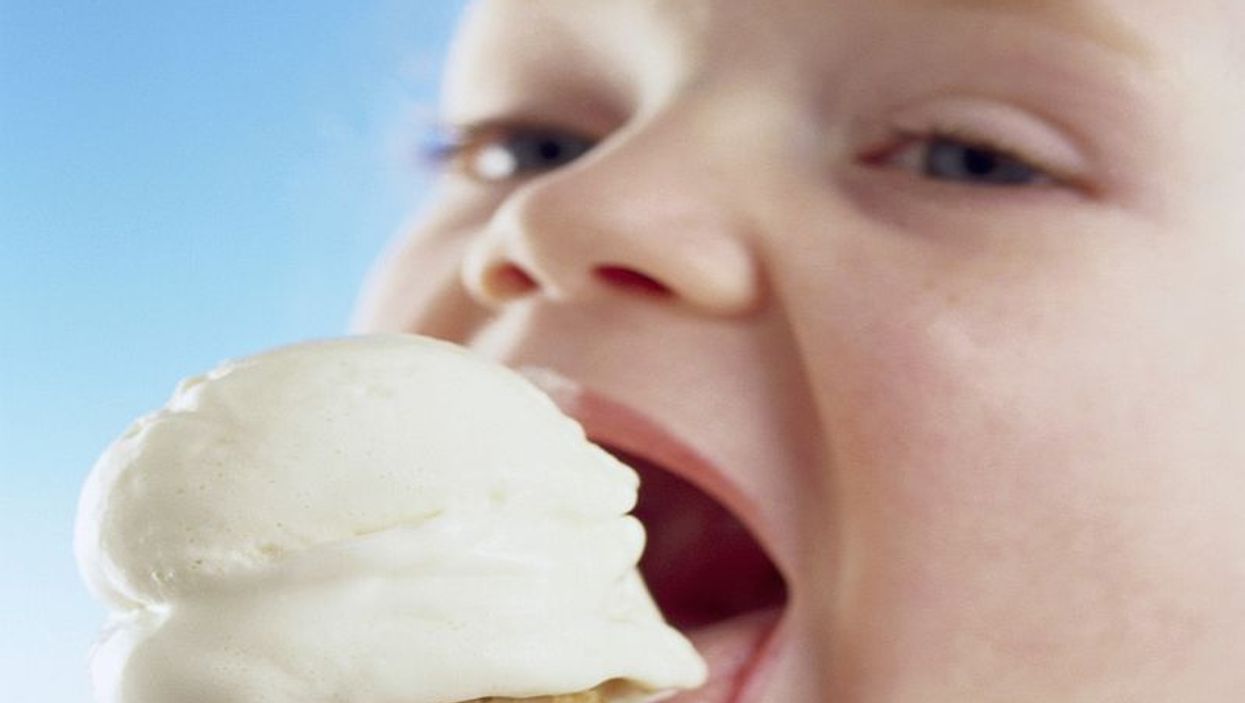 MONDAY, April 18, 2016 (HealthDay News) -- In what may come as no surprise to many parents, toddlers who crave sweet-tasting foods are at higher risk for excess weight gain than those who prefer salty treats, a new study shows.

One nutritionist noted that sugary foods are everywhere nowadays, making the job of keeping kids away from them especially tough.

"The likelihood of kids eating in the absence of hunger is increased with exposure to large portions of palatable, inexpensive, prepackaged and energy-dense foods in today's 'obesogenic' society," said Pamela Reichert-Anderson, of Cohen Children's Medical Center in New Hyde Park, N.Y.

The study was published online April 18 in the journal Pediatrics and included 209 low-income mothers. All of the women were asked to keep their toddler from eating for one hour, and then provide the child with a substantial lunch.

The children -- no longer hungry -- were then offered a tray of sweet snacks such a chocolate chip cookies, and salty snacks such as potato chips. The kids were then allowed to eat as much of these snacks as they wanted.

The children who preferred the sweet over salty snacks were at higher risk for body fat increases by the time they were just under 3 years old, the team of University of Michigan researchers found.

"Eating in the absence of hunger is associated with being overweight among older children, but this is the first time we've seen this link in children as young as toddlerhood," said study senior author Dr. Julie Lumeng. She is a developmental and behavioral pediatrician at the University of Michigan's C.S. Mott Children's Hospital.

"The tendency to eat when you're not hungry increases with age and could have lifelong implications for weight gain. We need to explore ways to target this drive to eat before children even turn 3," Lumeng added in a university news release.

Reichert-Anderson said there are steps parents can take to curb overeating in a child who nags for sweets.

Restricting sweets may not work, she said, because it simply makes these foods of "more interest in the future" to the child.

Instead, parents should teach kids to be "mindful" when they eat these treats, Reichert-Anderson said. "Teaching your children how to eat these foods, by taking their time to eat and enjoy the taste, as well as consuming these foods in moderation, will help develop healthy eating habits," she said.

Dr. Ron Marino is associate chair of pediatrics at Winthrop-University Hospital in Mineola, N.Y. He agreed with Reichert-Anderson that "parents should teach mindfulness of feelings, including satiety [feeling full]."

"Obviously, sweet and salty foods are seductive and children need to learn that they cannot binge on them," he added. "This is all part of mindfulness and limit-setting."

He believes that there could sometimes be a psychological component to child eating behaviors, as well.

"When there are unmet emotional needs, people -- both children and adults -- often turn to food to satisfy those needs," Marino said. "In this study, I wonder about the emotional and psychosocial state of the overeating toddlers."

And Reichert-Anderson offered up one more tip for parents.

"A home stocked with foods you want to encourage the family to eat, such as fruits, vegetables and whole grains, as well as presenting them in a child-friendly manner, will also help promote healthy habits," she said. "Parents have the job of teaching children how to eat well and being a good role model."

The U.S. Office of Disease Prevention and Health Promotion explains how to keep children at a healthy weight.