'It's OK to let your kids see you sweat,' researcher says 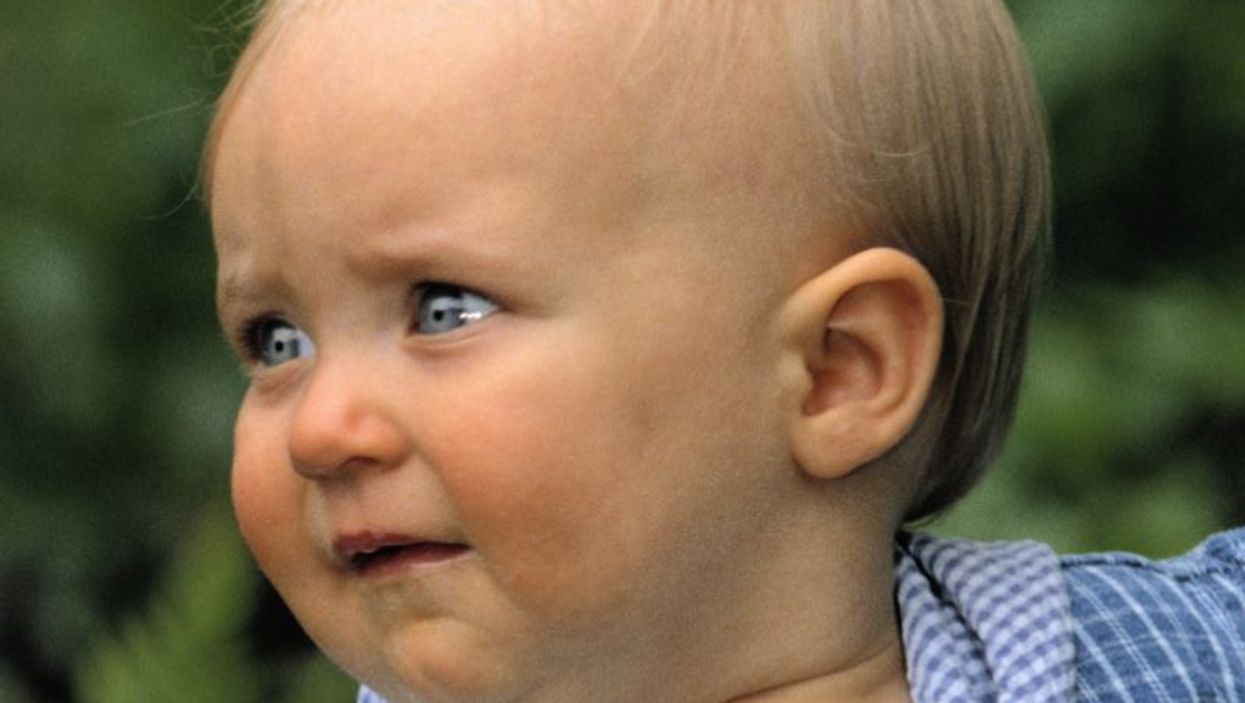 THURSDAY, Sept. 21, 2017 (HealthDay News) -- Grit and determination are not necessarily ingrained. Rather, they're qualities learned from a very young age, a new lab experiment demonstrates.

Children as young as 15 months old learn tenacity from watching their parents, and will try harder after watching an adult struggle to succeed at a task, said lead researcher Julia Leonard.

Toddlers in her lab tried twice as hard to make a new toy work if they first saw an adult strive and strain to complete a different chore, as opposed to watching an adult effortlessly achieving, said Leonard, a doctoral candidate with Massachusetts Institute of Technology's department of brain and cognitive sciences.

"There's some pressure that parents need to make everything look effortless at times. I think this study shows that it's OK to let your kid see you sweat," Leonard said. "Infants are watching your behavior intently and actually learning from what you do."

In the experiment, researchers showed 15-month-olds one of two situations.

One set of toddlers watched an adult fumble for 30 seconds before accomplishing a task -- either removing a plastic frog from a container, or taking a keychain off a carabiner. The other group watched an adult easily complete the same chore three times during the same half-minute.

The toddlers then were given a toy that appeared to play music.

"It had a big button on top that looked like it could be pressed to make music, but it actually did nothing," Leonard said. "We observed how many times they pressed that button before giving up."

The music toy was completely different from the carabiner and container handed to adults, so researchers ruled out the possibility that the toddlers might just be mimicking grown-up actions.

"They're not just imitating because the adult never showed button presses or trying to activate a music player," Leonard said.

"We often think of persistence as a trait or characteristic inherent to who we are," she added. "I think persistence is more than that. We can learn and modify our effortful actions based on social context."

In the last decade, there has been a change in the way we consider a child's potential for future success, said Lucas Butler, an assistant professor with the University of Maryland College of Education.

Talents and abilities are valuable, but educators and researchers now also look at the importance of the beliefs and mindsets that help motivate children, said Butler, who wasn't involved in the study.

"It's not just how smart or skilled you are," he said. "It's also how you approach challenges and difficulties and setbacks."

The new study "tells us these beliefs or orientations towards hard work and effort may be starting really, really young," Butler said.

"It should lead parents to think, 'Hey, my 1-year-old child is already learning about what's easy and what's difficult, and learning that when things are difficult, that doesn't mean they're impossible,'" he said.

Rather than plop children in front of a TV or tablet when it's chore time, parents might consider letting the kids watch them clean the house or cook a meal, Butler said.

"Kids are inherently interested in what their parents are doing, especially at that age," Butler said. "Let them see there are things like everyday household activities that you kind of have to work at, and then they pay off. They might learn something about working hard."

The new paper appears in the Sept. 22 issue of the journal Science.