See What HealthDay Can Do For You
Women HealthMotherhoodExercise And FitnessExercise

Findings based on study of 848 mothers who wore an accelerometer

WEDNESDAY, Nov. 16, 2022 (HealthDay News) -- Mothers of young children and mothers of multiple children may engage in lower amounts of moderate or vigorous physical activity (MVPA), according to a study published online Nov. 16 in PLOS ONE.

Rachel F. Simpson, from the University of Cambridge School of Clinical Medicine in the United Kingdom, and colleagues examined associations between ages and number of children and device-measured maternal physical activity (PA). The analysis included 848 mothers with accelerometer data on PA.

“We need to find ways to help mothers of younger or multiple children to engage in higher intensity physical activity,” the authors said in a statement.

Exercise Might Ease Side Effects of Breast Cancer Treatment 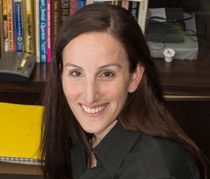 Women HealthMotherhoodExercise And FitnessExercise
Read this Next
Other Trending Articles

Even Moderate Exercise Can Boost Survival After Breast Cancer

Exercise Can Help Fight Colon Cancer, Even If Patient Is Obese

Got the 'Winter Blues'? Exercise Can Help