'Prostatic artery embolization' didn't cause troublesome side effects in study 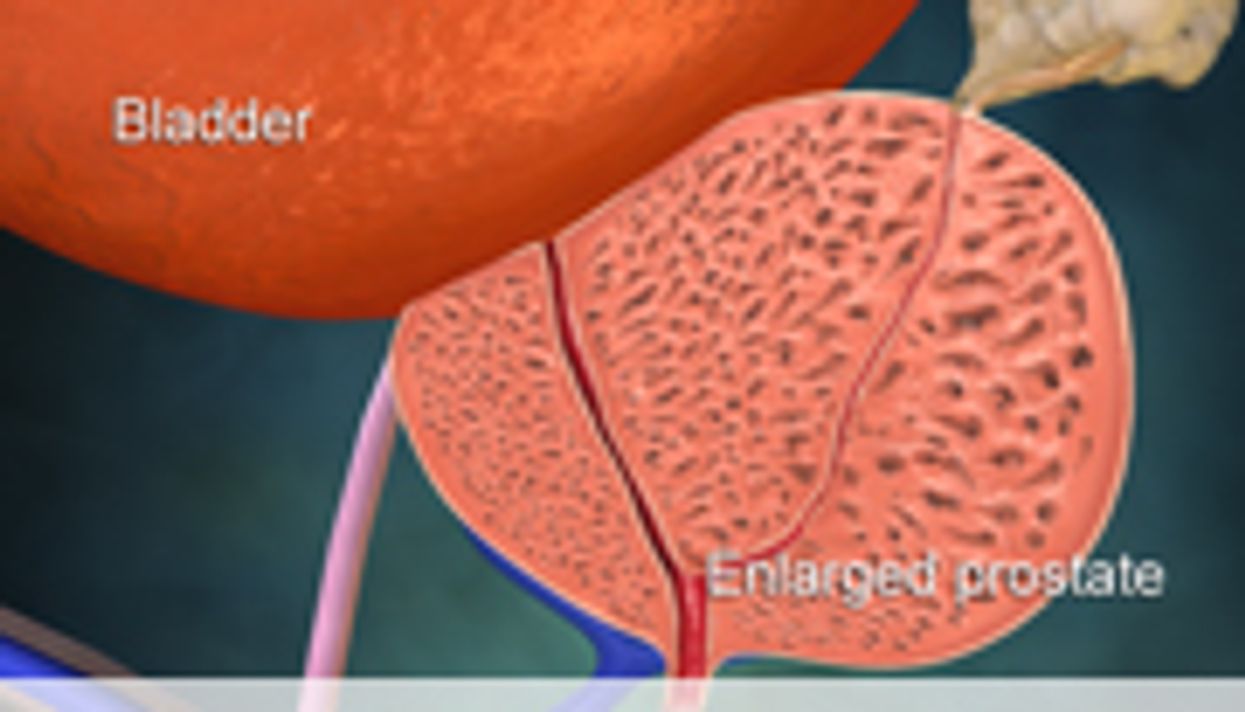 Called prostatic artery embolization (PAE), the technique uses a catheter threaded into an artery in the leg. The catheter is guided to the artery that supplies blood to the prostate. Then, tiny beads are injected into the artery, which temporarily block the blood supply to the prostate.

The temporary loss of blood supply causes the prostate to shrink, relieving symptoms, according to study lead author Dr. Sandeep Bagla. What's more, the new treatment doesn't appear to have the same risk of serious complications, such as incontinence and impotence, that often accompany enlarged prostate treatment.

"This is fantastic news for the average man with benign prostatic hyperplasia. Many men decline current treatments because of the risks. But, for the average man, PAE is a no-brainer," said Bagla, an interventional radiologist at Inova Alexandria Hospital, in Virginia.

The procedure has only been available as part of Bagla's trial until recently, but he said some interventional radiologists have started doing prostatic artery embolization, and he expects the procedure will become more widely available by the end of the year.

Some men experience no symptoms, while others may feel the need to urinate frequently, but they have a weak urinary stream, the NIDDK says. There are a number of treatments available for benign prostatic hyperplasia, including medications and surgery.

Bagla said that interventional radiologists in Europe and South America have been using prostatic artery embolization, and that the current study is the first in the United States to test the procedure.

He and his colleagues hope to treat a total of 30 patients, but they're reporting on the results from the first 18 patients on Monday at the annual meeting of Society of Interventional Radiology, in New Orleans. The data and conclusions should be viewed as preliminary until published in a peer-reviewed journal.

For the study, the average age of the patients who underwent prostatic artery embolization was 67 years. None of the men had to be admitted to the hospital after the procedure.

Ninety-four percent of the men (17 of 18) had a significant decrease in their symptoms one month after surgery. And, none reported any major complications following the surgery.

Bagla said the exact cost of the new procedure is difficult to estimate right now, but prostatic artery embolization will be cheaper than most of the currently used procedures, he said, because there's no need for an operating room and overnight hospital stays. In addition, he said, because the new procedure doesn't appear to cause complications, that will save health care dollars as well.

"This may become part of the armamentarium of treatments that can be offered for [benign prostatic hyperplasia]," said Dr. Art Rastinehad, director of interventional urologic oncology at North Shore-LIJ Health System in New Hyde Park, N.Y. He was not involved with the new study.

"This was a small series and a limited study to draw significant conclusions from. But, it's very exciting to see it evaluated and moving forward," he said.

Learn more about prostate enlargement from the U.S. National Institute of Diabetes and Digestive and Kidney Diseases.