See What HealthDay Can Do For You
Contact Us
September 7, 2010 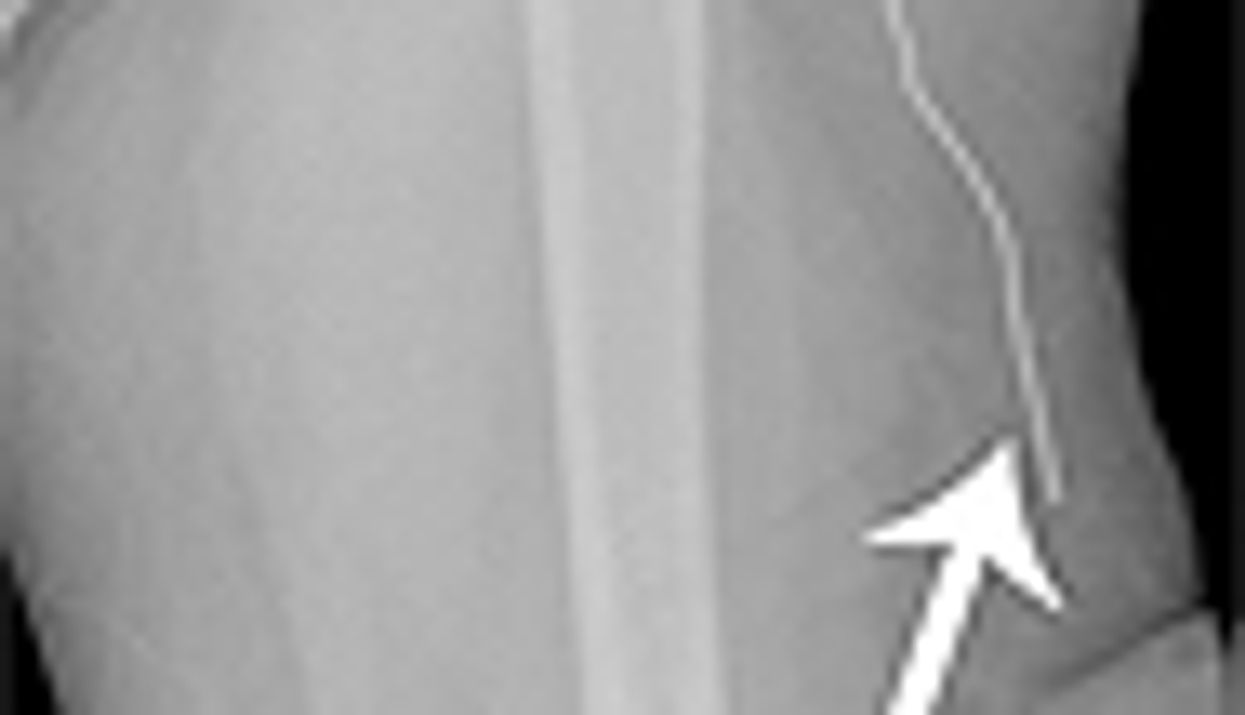 TUESDAY, Sept. 7, 2010 (HealthDay News) -- The 16-year-old went to the emergency room because of a painful infection in her arm. When doctors used ultrasound on the area, they were shocked to see about 20 foreign objects under her skin, including a paper clip, a screw from a pair of eyeglasses and multiple pieces of pencil lead.

The teen had engaged in "self-embedding," an extreme form of self-injury, in which people -- often adolescents -- deliberately hurt themselves or mutilate their bodies without intending suicide. Self-embedders insert objects made of glass, wood, metal or other materials under the skin.

Determining how many teens "self-embed" is difficult, doctors say. As with other forms of self-harm, such as "cutting" or burning, many teens are ashamed of what they're doing and take steps to conceal their behavior, said William Shiels, a pediatric interventional radiologist at Nationwide Children's Hospital in Columbus, Ohio.

Between 13 percent and 23 percent of U.S. teens have reported intentional self-injury, according to background information in a study by Shiels and colleagues that was released online Sept. 7 in advance of publication in the October print issue of the journal Radiology.

Shiels' team found that of about 600 patients of all ages who went to the hospital to have foreign bodies removed from under their skin, 11 patients, or about 1.8 percent, had intentionally inserted the objects. They ranged in age from 14 to 18, and nine were girls.

The 11 teens had other psychological disorders, including depression, bipolar disorder, anxiety disorder, borderline personality disorder or post-traumatic stress disorder, according to the study.

"One girl told us it's easier to deal with physical pain than the emotional pain in her life," Shiels said. "The reason they cut and embed is an effort to relieve their internal pain, the pain that's inside."

Removing embedded objects can be difficult, said Shiels. If cutting into the skin and searching for the object is likely to do more damage, surgeons may opt to leave the object in place, Shiels said.

To minimize scarring and lessen the chances of nerve damage or other surgical complications, his team used ultrasound or fluoroscopy and a minimally invasive surgical procedure. The ultrasound pinpoints objects that might not show up on X-ray and guides a tiny forceps to the object, said Shiels, chairman of the department of radiology.

This less-invasive approach is especially important with teens, said Shiels.

"They have emotional pain already. They are already embarrassed and ashamed that they are hurting themselves. Leaving a large scar can degrade their self-image and complicate things worse," Shiels said. "The beauty of doing this minimally invasive procedure, with a scar that is the size of a freckle, is that we don't add more emotional scars to these children."

In all, Shiels and his colleagues removed 68 of 76 self-embedded objects from the arms, necks, feet, ankles and hands of the 11 patients. In one case, an 18-year-old boy had embedded 35 objects, including staples, a comb tooth, a fork tine and nail polish wands.

Ten of the patients had either attempted suicide in the past or had had suicidal thoughts, the researchers said.

Dr. Niranjan Karnik, an assistant professor of psychiatry and behavioral neuroscience at University of Chicago Medical Center, said suicide risk is one of the first things doctors try to assess when they see a teen who is "cutting" or "self-embedding."

While parents usually urge the teen to stop immediately, that's not necessarily a good idea, said Karnik, who specializes in adolescents. Teens say self-harm gives them relief from emotional pain -- and there may be some truth to that, Karnik said.

"Self-injury is almost like a pressure valve for them," Karnik said. "Without it, you have to ask, 'What is that kid going to do now?' We have to work with them to give them better strategies to relieve their stress and anxiety."

The Center for Young Women's Health has more on teens and self-harm.