See What HealthDay Can Do For You
Contact Us
December 12, 2011 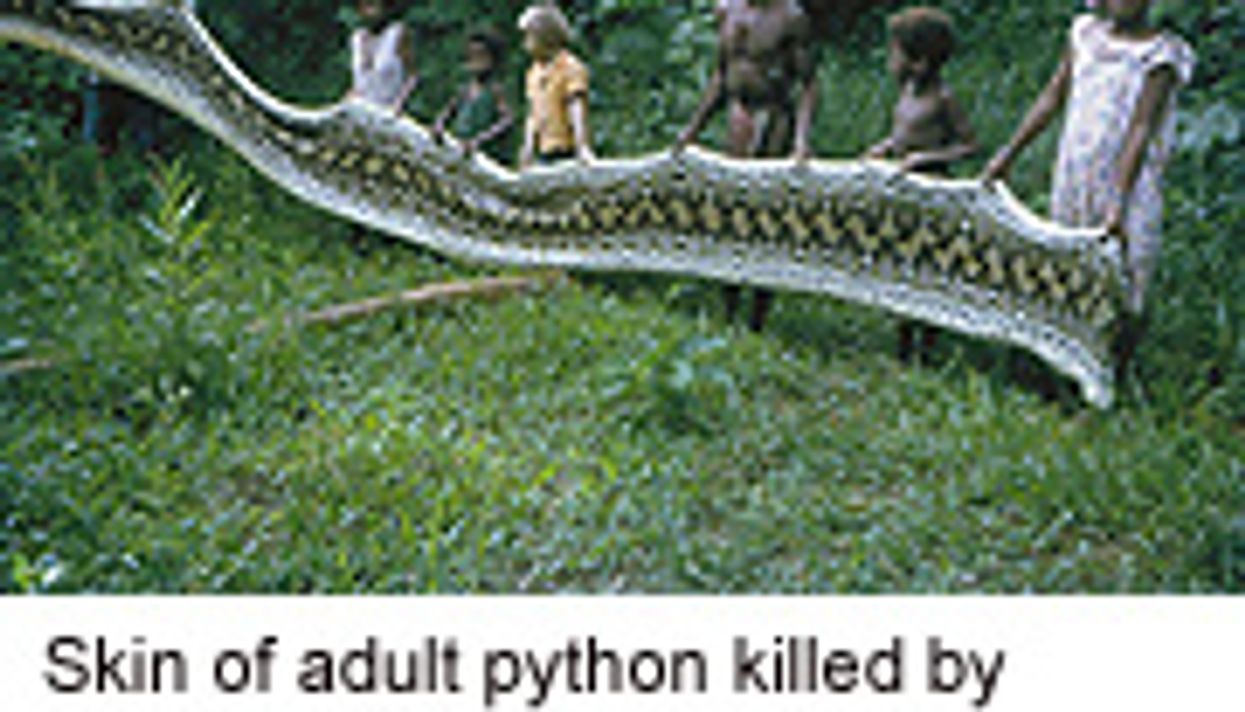 MONDAY, Dec. 12, 2011 (HealthDay News) -- The poet Emily Dickinson greatly feared the "narrow fellow in the grass," writing that she "never met this fellow/Attended or alone/Without a tighter breathing/And zero at the bone."

Dickinson was not alone in her ophidiophobia (fear of snakes) and, it turns out, humans have good reason to fear the slithering serpent, whether it is found in the grass or elsewhere.

A new study in the Dec. 12-16 early edition of the Proceedings of the National Academy of Sciences documents frequent python attacks on a tribe of preliterate, hunter-gatherers in the Philippines, one of the first studies to actually quantify the danger that snakes pose to humans.

And the danger, it turns out, is quite real, at least among the Agta Negritos of Luzon Island.

Anthropologist Thomas N. Headland, lead author of the new paper, lived among the Agta Negritos his entire adult life, starting in 1962, and had the opportunity to interview 58 men and 62 women about their experiences with pythons.

Fifteen of the men (26 percent) and one of the women (1.6 percent) had lived to tell of python attacks and many of them bore scars from the encounter.

Tribespeople also recollected six fatal attacks that occurred between 1934 and 1973.

This amounted to one "traumatic python incident" -- either fatal or nonfatal -- every two or three years, the authors stated.

Fatalities included a brother and sister who were smothered by a python that had slipped unnoticed into their hut at twilight. The father killed the snake as it was coiled around and swallowing one of the children headfirst, but not in time to save the child.

Several years before that, a python swallowed an adult male. The man's son located the snake the next day, cut it open and retrieved the body so it could be buried.

Meanwhile, none of the interviewees recalled deaths from Japanese soldiers during World War II, venomous snake bites or from the giant crocodiles that inhabit this archipelago.

According to the paper, an adult male Agta has just over half the mass of a large female python, "not a heavy meal by snake standards." Pythons routinely eat pigs weighing up to 130 pounds, the authors stated.

But Agta, too, represent a threat to pythons. Headland himself was witness to a nearly 23-foot-long snake carcass killed by Agta hunters, which provided 55 pounds of meat.

Agta and python also share many favorite dishes, including deer, wild pigs and monkeys. So it makes sense that humans have a natural distrust of their reptilian neighbors, the authors stated.

"This data supports the theory that we have genetic phobia," said Headland.

And modern-day psychiatrist Dr. Bryan Bruno, acting chairman of the department of psychiatry at Lenox Hill Hospital in New York City, agreed that the lingering fear people have today may indeed date back to human ancestors who were even more vulnerable to serpent attacks.

"When a car comes at me on the highway, it scares me, I get out of the way fast. But when we see snakes, the hair of the back of our neck goes straight up. It's more than being scared of a car. It's a tremendous fear," said Headland. The fear, he added, is "human universal."

The U.S. National Institute of Mental Health has more on phobias.