See What HealthDay Can Do For You
Contact Us
January 31, 2013

Some Parkinson's Patients Discover an Artistic Side 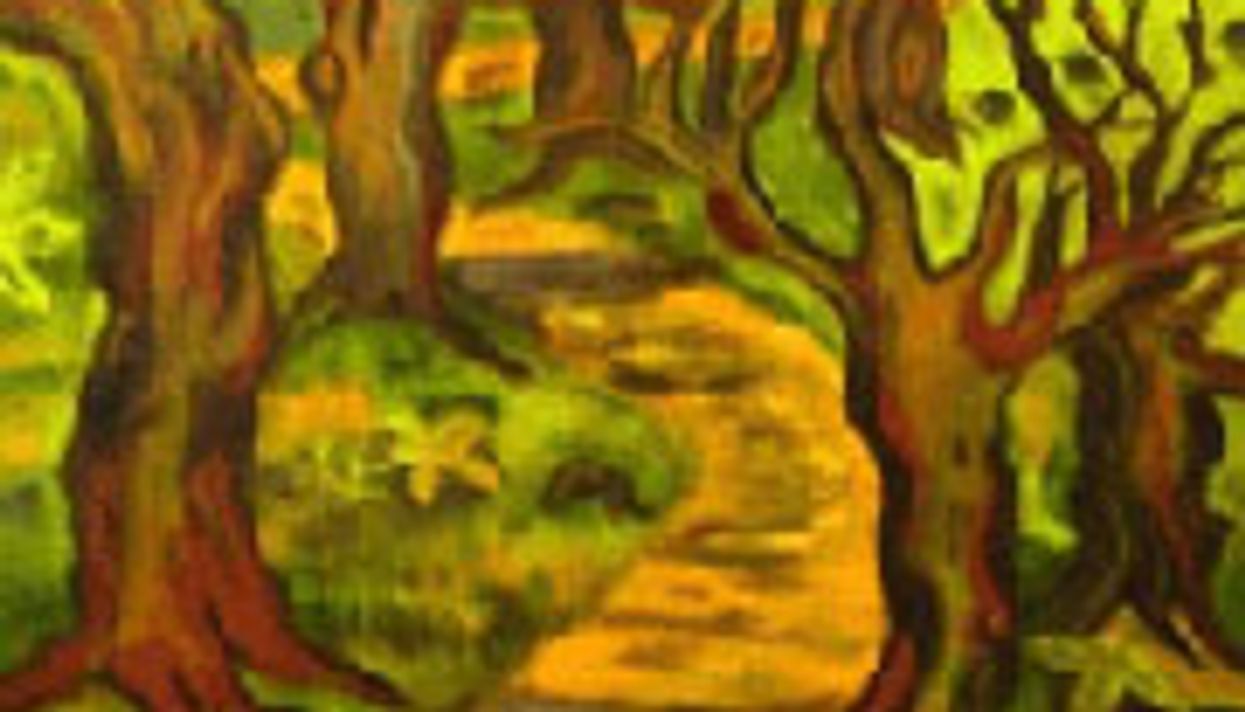 THURSDAY, Jan. 31, 2013 (HealthDay News) -- Some people with Parkinson's disease discover untapped artistic abilities after their diagnosis -- a phenomenon that seems to be related to their dopamine-enhancing medication.

Over the years, reports have popped up in the medical literature on Parkinson's patients who suddenly discover they are painters, sculptors or writers at heart.

Dan Joseph is one of them. After being diagnosed with the movement disorder a dozen years ago, the former doctor eventually took up painting. But it wasn't because he planned on becoming an artist.

"A friend of mine said, 'You're not doing anything. Why don't you paint?'" said Joseph, a 79-year-old Santa Barbara, Calif., resident.

He decided to follow that advice and soon discovered that when he painted, his hand tremors improved. He also discovered that he actually had talent; about six years after first picking up a paintbrush, Joseph has had three solo art exhibitions.

No one knows how common it is for Parkinson's patients to find their inner painter or creative writer, according to Dr. Rivka Inzelberg, of Tel Aviv University and Sheba Medical Center, in Israel.

But when she pulled together past case reports on 14 such patients, Inzelberg found that the phenomenon does appear to be related to treatment with levodopa and so-called dopamine agonists -- Parkinson's drugs that enhance the action of the brain chemical dopamine.

One patient, for example, suddenly became interested in creative writing after starting levodopa and a dopamine agonist. That interest waned, however, when the drug doses were cut, Inzelberg reported in the Jan. 14 online edition of the journal Behavioral Neuroscience.

Parkinson's disease arises when dopamine-producing cells in the brain die off over time. That leads to symptoms such as tremors, rigid muscles, slowed movement and balance problems. Levodopa and dopamine agonists -- drugs like Requip (ropinirole) and Mirapex (pramipexole) -- help make up for that dopamine loss.

But dopamine is not only involved in movement; it's also connected to the brain's "reward system." And it's well known that some Parkinson's patients on dopamine-enhancing drugs develop so-called impulse-control disorders -- such as compulsive gambling and hypersexuality (commonly known as "sex addiction").

Inzelberg said it's possible that for certain Parkinson's patients, the medications lower inhibitions that once held back any creative impulses.

"It is also possible that dopamine is involved in creativity in general," Inzelberg said. That theory, she noted, is based on the observation that artists who suffer psychosis -- which involves excessive dopamine activity -- can become remarkably productive. Think Vincent Van Gogh.

That's all speculation, though. Experts know little about why some people on Parkinson's drugs suddenly find creative inspiration. But it does seem to be related to the medications themselves, agreed Dr. Anhar Hassan, an assistant professor of neurology at the Mayo Clinic in Rochester, Minn., who was not involved in the report.

"This does suggest that the medication is driving the behavior," Hassan said.

But, she added, "it would be giving false hope to imply to patients that if they start on medication, they'll become artistic."

While no one knows how common this medicated-related creativity might be, it is almost certainly far less common than negative side effects such as impulsive gambling. In her own study, Hassan found that about one in five patients on Parkinson's drugs developed some form of impulse-control problem.

Dr. Martin Niethammer, a neurologist at North Shore-LIJ's Cushing Neuroscience Institute in Great Neck, N.Y., said he's seen many patients who develop problems with impulse control while on Parkinson's medications, but only one or two who seemed to become more creative.

Both he and Hassan said the phenomenon is probably rare -- though it may be under-recognized because patients do not think to tell their doctors about it.

Another thing that's not clear, Niethammer said, is how many of the patients in the current report developed a "talent" in writing or painting, or simply an interest.

Of course, if the activity brings them pleasure, it doesn't really matter. "If this brings joy to people, then that's great," Niethammer said.

In some cases, the creative expression seems to bring more than enjoyment: It also seems to help some patients with their tremors, according to Inzelberg.

That's what happened for Dan Joseph. Painting seems to calm his tremors, and he feels like his vision becomes more "acute." "I've found that I can sit for hours and paint," said Joseph, who has also recently taken up poetry writing.

And despite the art shows, the fact that he has talent comes second for Joseph. "I really paint for myself," he said. "I feel happy when I'm painting and I'm creating."

Learn more about Parkinson's disease from the U.S. National Institute of Neurological Disorders and Stroke.