When Parents Focus on Smartphones, Kids' Misbehaving Can Rise

Little ones can feel snubbed by the devices and consequently act out, study suggests 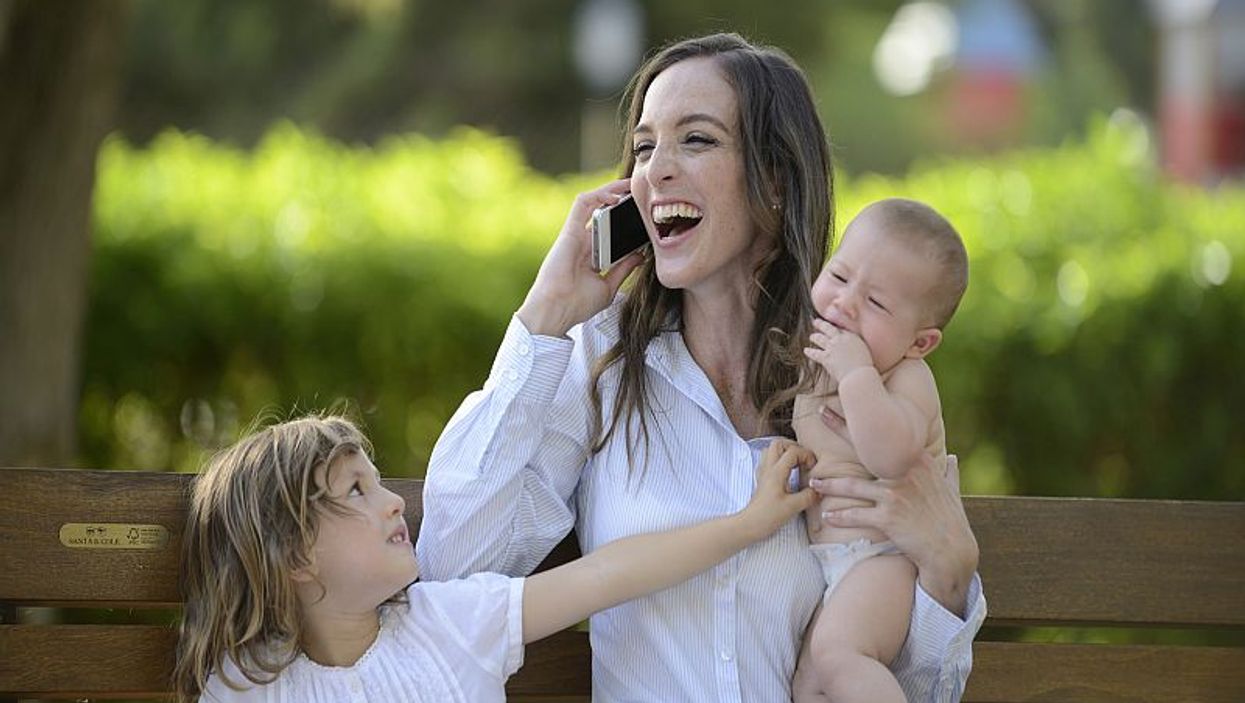 Young children whose parents interrupt family time by pulling out their smartphones or tablets appear more prone to misbehaviors, such as whining, sulking and tantrums, the research revealed.

"Do you like it when you feel snubbed by someone, when that person isn't validating or listening to you?" asked McDaniel. He's an assistant professor of human development and family science at Illinois State University.

"It's the same thing with kids, but since they're not adults, the way they show it is probably by acting out a little more," he added. "Most parents really love their children, but it's hard for a child to feel that if you're staring at your phone."

A lot of research has looked at technology's impact on children's routines. Kids between ages 8 and 18 spend about 7.5 hours per day using a screen -- whether TV, computer, cellphone or another device -- for entertainment, according to the Kaiser Family Foundation.

But this study included surveys from 168 mothers and 165 fathers of young children from 170 two-parent households. The researchers asked parents about their use of smartphones, tablets, laptops and other technology, and how the devices disrupted family time.

Technoference could include checking phone messages during meals, playtime or routine activities with their children.

Parents were also asked to rate how problematic their device use was, based on how difficult they felt it was to resist checking messages and worrying about calls and texts. The study participants also reported how often their devices diverted their attention when otherwise engaged with their kids.

About half of the parents said technology typically interrupted their parent-child time three or more times a day, with 24 percent reporting twice a day and 17 percent reporting once a day. Mothers perceived their phone use as more problematic than dads did, the findings showed.

Regarding their children's behavior, parents answered questions about how often their children sulked, whined, became easily frustrated, threw tantrums or showed signs of restlessness and hyperactivity over the prior two months.

The findings showed that even low or seemingly "normal" amounts of technoference were associated with more behavioral problems in participants' children.

However, the study didn't prove a cause-and-effect relationship, just that an association existed.

"Theoretically, it makes sense that if [technology] is interfering with parenting quality, children are going to react to worse parenting," McDaniel explained. He said it's possible that parents may also "escape" into technology use when children misbehave.

Susan Neuman is a professor of childhood and literacy education at New York University. She praised the study for highlighting parents' use of technology rather than children's use, which is examined more frequently.

"What I often see is parents completely ignoring their children, and so very often it [leads to] bad behavior because the children's needs are totally being ignored," said Neuman, who wasn't involved in the new research.

"Children need parent-child interaction -- they are social animals," she added. "When parents isolate themselves by playing on their phone, children are not getting that basic human need, which is attention at particular times."

Neuman said establishing rules for family technology use often isn't effective. But parents, she noted, should set aside key times each day -- during meals, while kids are preparing for school, and bedtime -- to completely avoid technology use and fully interact with their children.

McDaniel said that "we all have these devices with us all the time now ... and people shouldn't feel guilty about it."

But, "we really need to pay a little more attention to how often we pull out our phones when we're around young children because, at the very least, it's connected to their behavior," he said.

The study is published in the online May issue of the journal Child Development.

The American Academy of Pediatrics offers tips for parents to manage family technology use.