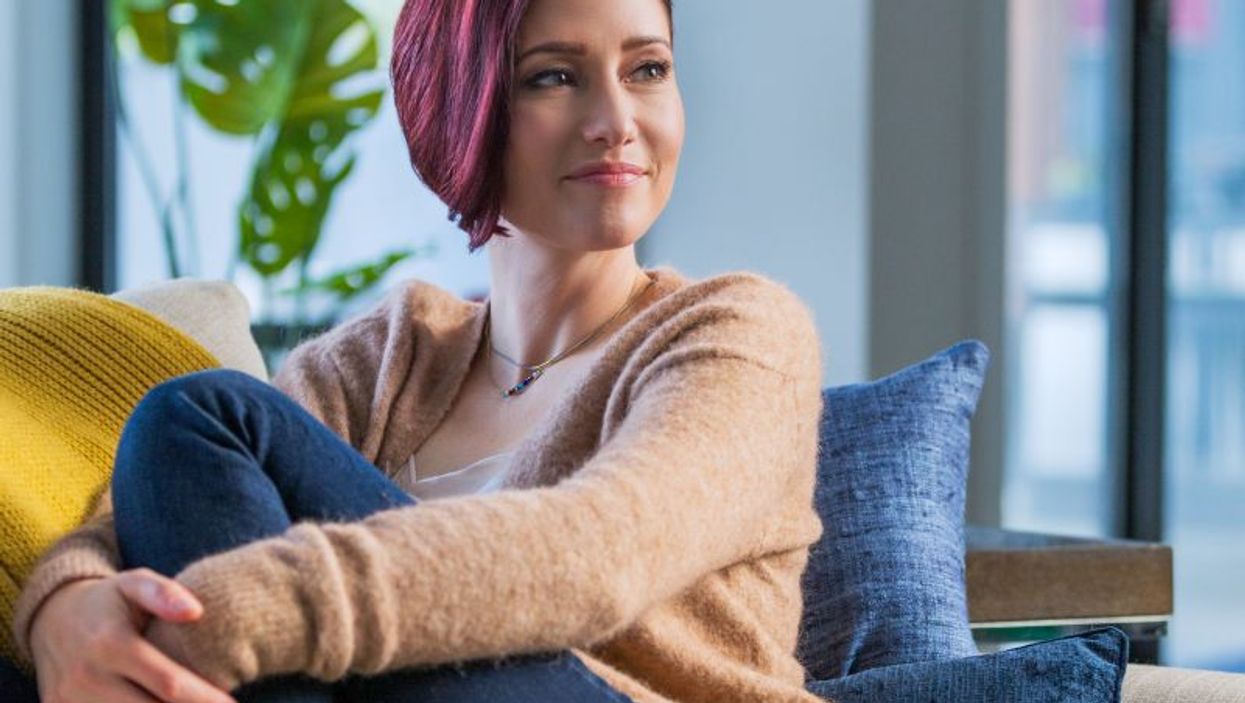 THURSDAY, Dec. 12, 2019 (HealthDay News) -- Chyler Leigh has taken on some challenging roles in her career, including helping keep the world safe from alien threats on the TV show "Supergirl" and learning to be a surgeon as Lexie Grey on "Grey's Anatomy." But her most demanding task has been learning to manage bipolar disorder.

"I wasn't diagnosed until my late 20s, but I knew at a pretty early age that something wasn't quite right. I had trouble just navigating life in general. At a very young age, I learned to swallow what I was feeling, and started to really spiral into feelings of worthlessness," Leigh explained.

Bipolar disorder, also known as manic-depressive illness, is a chronic psychiatric condition. It can cause dramatic shifts in mood, energy and activity levels, according to the U.S. National Institute of Mental Health (NIMH). People with the disorder typically alternate between episodes of mania and depression.

Symptoms of mania include having a lot of energy, feeling very "up," participating in risky behaviors, talking really fast about doing lots of things, having trouble sleeping and feeling wired. Depressive symptoms include feeling sad, empty or hopeless, feeling tired or slowed down, sleeping too much or too little, eating too much or too little, and thoughts of suicide, the NIMH says.

"The mania would come and go, but the depression felt like it was always there. There are a lot of different ways mania manifests: I had extreme irritability and felt like an engine running on overtime; I couldn't sleep at all; and I felt disconnected from reality, almost like I was high. As a teen, I did a lot of drugs, and that made me feel better, but crashing was devastating," Leigh said.

Dr. Dan Iosifescu is an associate professor of psychiatry at NYU Langone Health in New York City. He said when people with bipolar disorder are in depression, they are extraordinarily slowed down.

"Their depression isn't necessarily different from others with depression, but it does tend to last a long time and it doesn't respond well to antidepressants," he explained.

"The mania part is the most flamboyant and eye-catching. The mania is usually how you see bipolar depicted in film and TV. But the most disabling part of bipolar illness is the depression," Iosifescu said.

But, he noted, either mood extreme can be very disruptive to a person's life, and make it difficult to do well at work, school and in relationships.

Iosifescu said that bipolar disorder has a strong genetic component. There are likely multiple genes that are responsible for the disorder, he explained.

Leigh, 37, wasn't the only member of her family with the disorder. Her mother has the condition, too.

"When I would try to talk about how I was feeling, I don't think my parents were in a position to really listen. My mom wasn't diagnosed until later in life, and didn't know how to get herself the right kind of help," she said. The two have been estranged since Leigh's early 20s.

By the time Leigh was 27, she had three small children, a husband and a busy career.

"I felt like I had to be on my game at all times. I hit a point where I could finesse my way into different prescriptions, and I self-medicated and over-medicated to feel numb, and just make the feelings go away," she said.

With her husband Nathan West's support, she finally reached out for help about 10 years ago. She was hospitalized for about a week. She said she didn't want to hear that she had bipolar disorder. She didn't want to be diagnosed.

"I didn't want to be put in that box," she said. "My greatest victory is being able to talk about it and not feel shame."

That's why she's a spokesperson for the new campaign Be Vocal: Speak Up for Mental Health. "It's encouraging folks to have a conversation. Share your story. You're not alone. One in five adults are living with a mental health issue. You have so much to be proud of," Leigh said.

Leigh said she takes medication, goes to therapy and tries to stay mindful.

"I'm eating better, taking care of myself, and focusing on one thing at a time. I know I don't have to be perfect. When I'm having a great moment, I don't have to fear that it's about to fall apart," she said.

"I have really been learning to take care of myself, instead of putting myself last on my list. It's been a struggle in many ways, but I have incredible support from my husband and mother-in-law, friends and family, and co-workers. I've really surrounded myself with a good group of people," she said.

Her children, now ages 10, 13 and 16, are another priority. "My biggest mission is my kids, and having powerful, meaningful conversations with them," Leigh said.

Learn more about bipolar disorder from the U.S. National Institute of Mental Health.