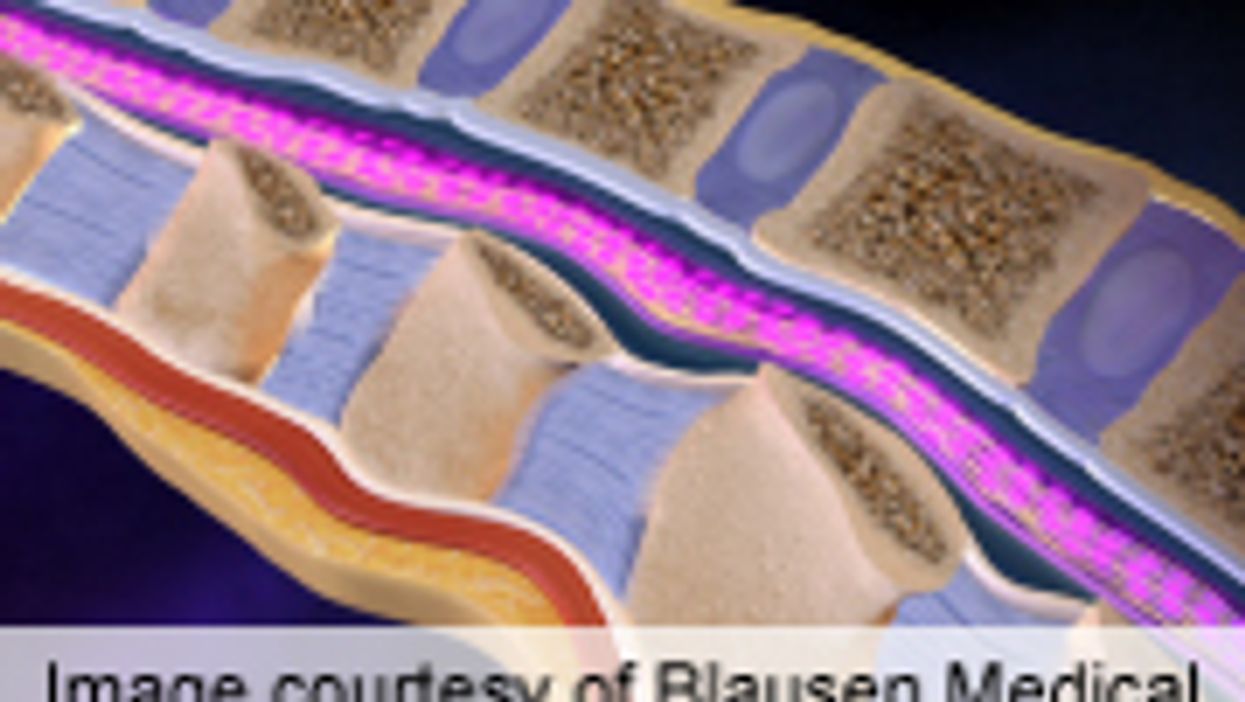 TUESDAY, April 8, 2014 (HealthDay News) -- Four men paralyzed below the waist have regained some movement in their legs after a series of electrodes implanted along their spinal cord reawakened nerves long thought deadened, researchers are reporting. The findings were published online April 8 in Brain.

All participants are now able to synchronize leg, ankle, and toe movements in unison with the rise and fall of a wave displayed on a computer screen. Three of the four are able to change the force at which they flex their leg. The first man to receive the implants, Rob Summers, can stand unassisted for brief periods of time, following physical rehabilitation that involves standing and stepping while suspended in a harness over a treadmill.

The researchers said they were most surprised by the improvement shown in two men who had complete motor and sensory paralysis. In those patients, the pathway that sends information about sensation from the legs to the brain has been disrupted, as has the pathway that sends information from the brain to the legs to control movement.

"The really exciting news that has emerged from the study is that spinal cord injury may no longer mean a lifelong sentence of paralysis," Roderic Pettigrew, Ph.D., M.D., director of the National Institute of Biomedical Imaging and Bioengineering at the U.S. National Institutes of Health, told HealthDay. "This is a substantial milestone that has been reached."