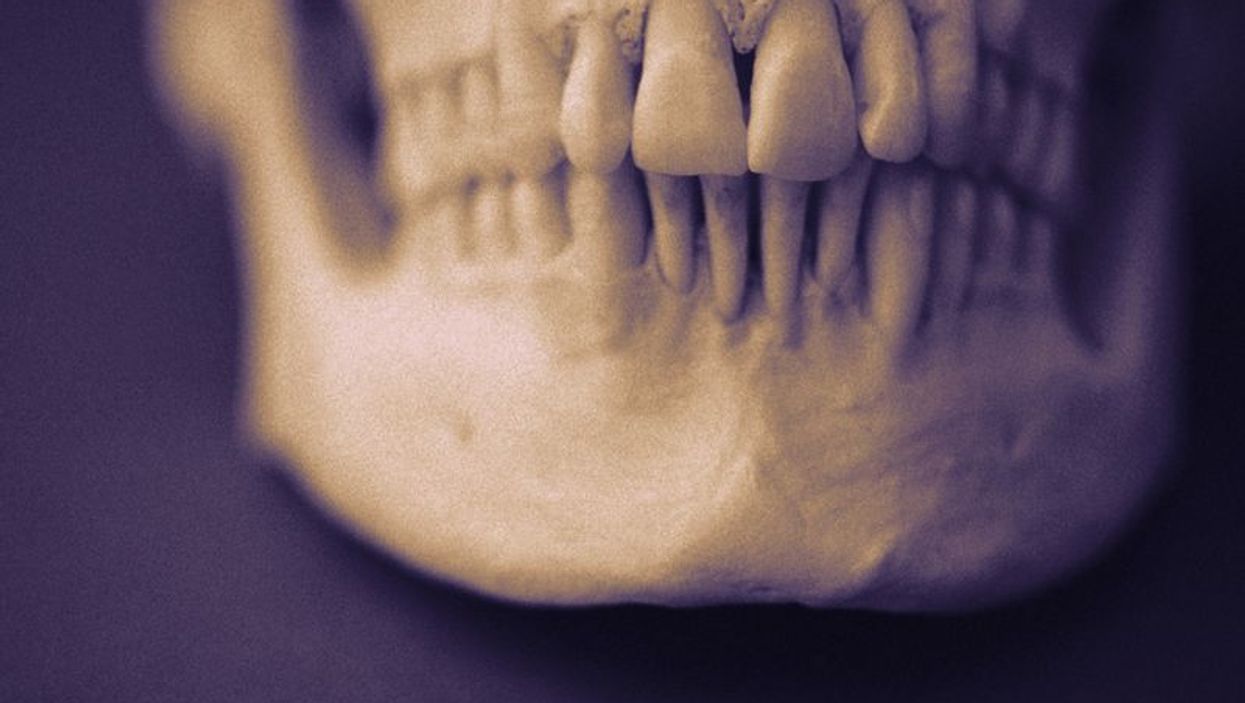 MONDAY, Nov. 2, 2015 (HealthDay News) -- A case of bisphosphonate-related osteonecrosis of the jaw is described in an elderly patient with diabetes mellitus. The report is published in the October issue of the Journal of the American Geriatrics Society.

Lizette Valenzuela, M.D., from the Hospital Universitario de Getafe in Madrid, and colleagues describe the case of an 80-year-old woman who presented to the emergency department with a two-week history of progressive dyspnea, dysphagia, and odynophagia. The patient had latent autoimmune diabetes mellitus, with poor glycemic control and complicated with microvascular disease. She had osteoporosis and had been receiving intravenous bisphosphonates since 20 months earlier.

According to the report, physical examination on admission revealed a ballooning in the floor of the mouth and trismus. A pronounced protrusion toward the posterior border of the tongue was seen on laryngeal fibroscopy and a large abscess was seen on the floor of the mouth on computed tomography of the neck. The patient underwent urgent surgery for abscess drainage. Suspicion of a tooth infection was suggested as a possible source of the abscess. An exposed bone in her mandible was detected, despite treatment by her dentist for longer than three months. Any systemic or local malignancy was excluded. Diabetes mellitus was the only risk factor noted for bisphosphonate-related osteonecrosis of the jaw.

"Prevention is the best option and should be done before starting treatment with a bone-modifying agent," the authors write.