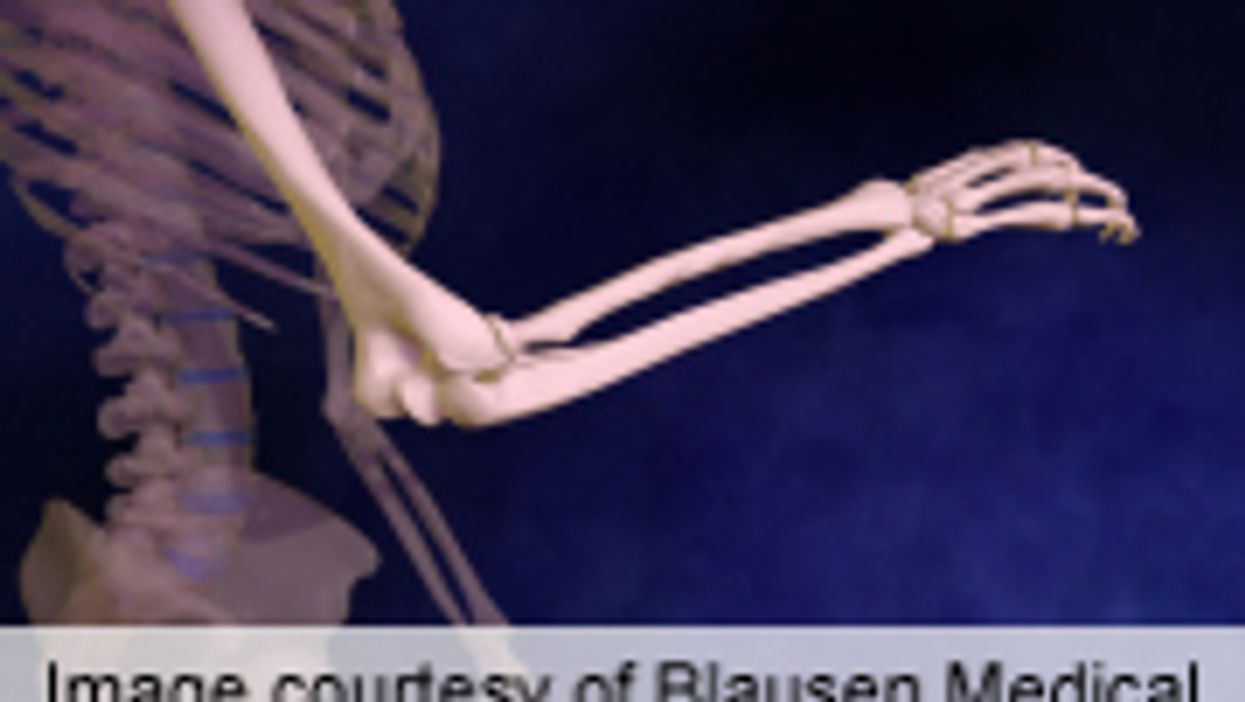 WEDNESDAY, Oct. 17 (HealthDay News) -- The posterior humeral cortical line (PCL) is better than the transepicondylar axis (TEA) as a reference point and reproducible landmark for orienting the humerus during elbow arthroplasty, but both measures are error prone due to normal variation in rotational orientation, according to a study published in the Oct. 3 issue of The Journal of Bone & Joint Surgery.

Marlis T. Sabo, M.D., of the Hand and Upper Limb Centre at St. Joseph's Health Care in London, Canada, and colleagues conducted a study involving 50 cadaveric elbows to evaluate whether the flat posterior humeral cortex proximal to the olecranon fossa can be reliably used as a landmark to orient the humerus during an elbow arthroplasty procedure.

"While the PCL is a better landmark than the TEA, neither anatomical reference allowed the surgeons to consistently and accurately identify the rotational orientation of the FEA of the distal part of the humerus," the authors write. "While the current study showed that these landmarks can be reliably identified, the normal variation in rotational orientation relative to the FEA makes both landmarks prone to some error."

One or more of the authors or their institutions disclosed financial ties to an entity in the biomedical arena related to this study.