Reaching 13.4 percent after five years, with more than half occurring in the first year 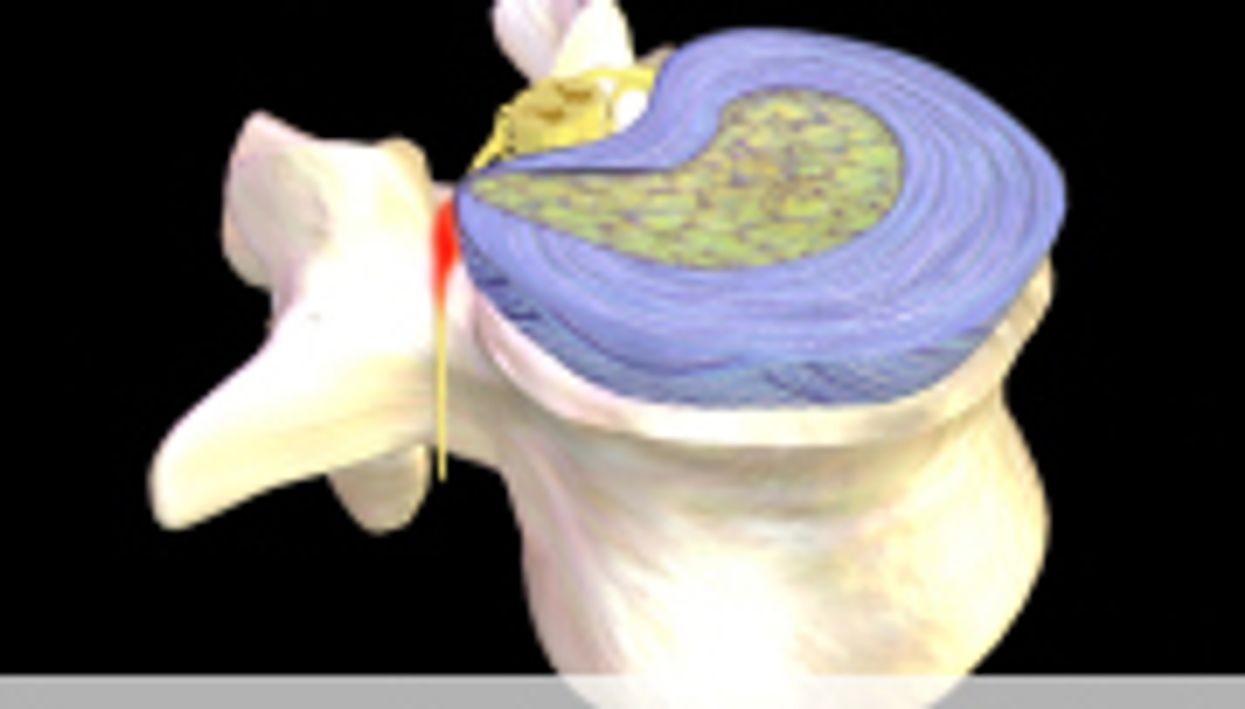 MONDAY, April 15 (HealthDay News) -- For patients undergoing surgery for lumbar herniated intervertebral disc disease, reoperation rates reach 13.4 percent after five years, with more than half of reoperations occurring in the first year, according to a study published in the April 1 issue of Spine.

"Here, for herniated intervertebral disc disease-related surgery, the cumulative reoperation rate during five years of follow-up was 13.4 percent with half of the reoperations occurring during the first postoperative year," the authors write. "Although our population-based data lacked detailed information, the results obtained may be useful to clinicians and patients."