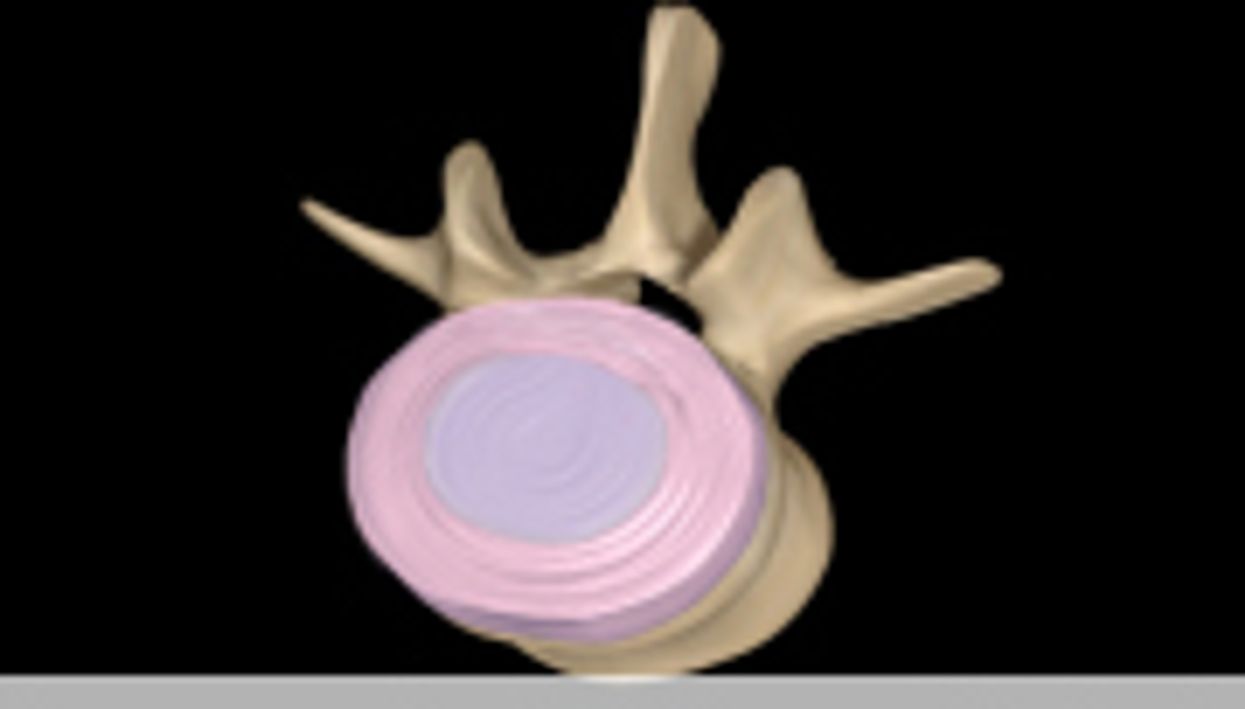 WEDNESDAY, June 4, 2014 (HealthDay News) -- The Kineflex-L Disc and the CHARITE artificial disc produce similar outcomes in patients undergoing lumbar total disc replacement (TDR), according to a study published in the May 20 issue of Spine.

Richard D. Guyer, M.D., from the Texas Back Institute in Plano, and colleagues analyzed data from a multicenter trial of 457 patients undergoing TDR for single-level symptomatic disc degeneration (261 in the investigational group receiving the Kineflex-L Disc [204 randomized and 57 nonrandomized training cases] and 196 in the control group receiving the CHARITE artificial disc [190 randomized and six nonrandomized training cases]). Patients were all treated nonoperatively for at least six months prior to surgery. U.S. Food and Drug Administration 24-month follow-up data were used to assess clinical outcomes.

The researchers observed no significant differences between the groups for operative time, blood loss, and length of hospital stay. Significant improvement on Oswestry Disability Index and visual analogue scale scores (P < 0.01) were seen for both groups. Success rates were also similar (68.1 percent investigational versus 67.4 percent control). Patients were satisfied with outcomes at 24 months in 94.1 percent of the investigational group and 91.9 percent of the control group. Reoperation occurred in 10.3 and 8.4 percent of the groups, respectively.

Relevant financial activities inside and outside the submitted work were disclosed: consultancy, honoraria, grants, royalties, and patents.