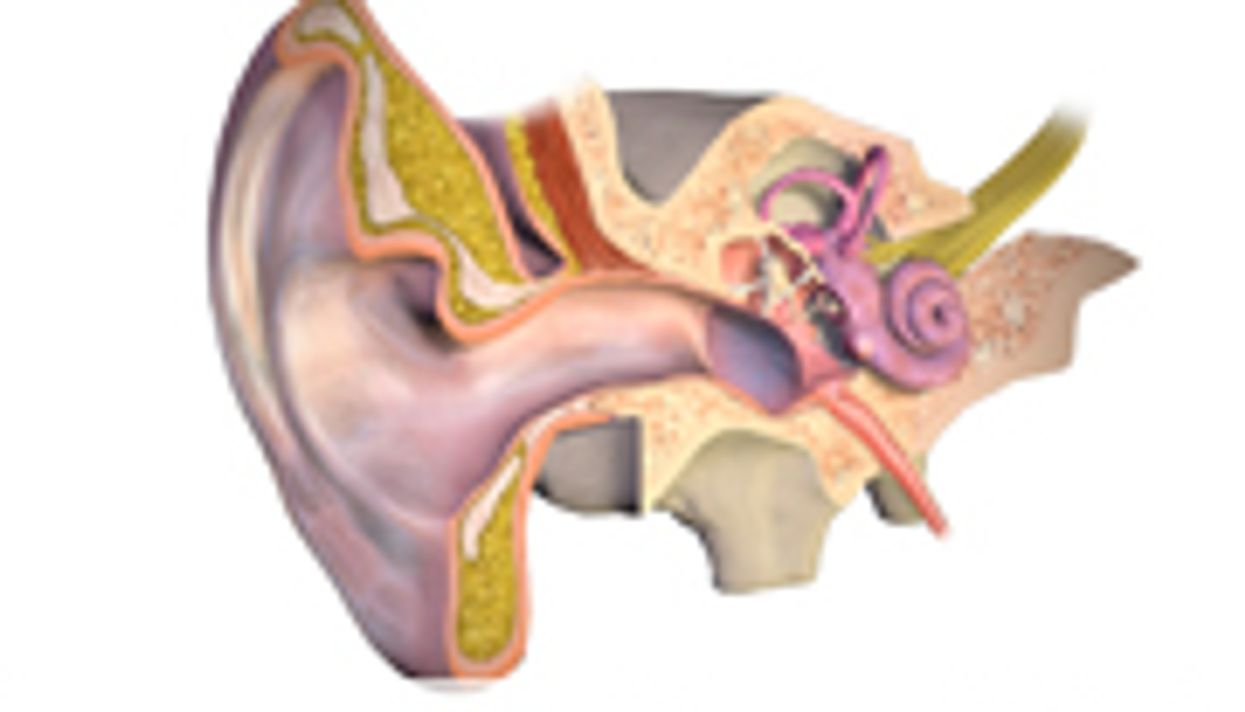 James G. Krings, M.D., from the Washington University School of Medicine in St. Louis, and colleagues conducted a double-blind clinical trial involving 30 patients aged 35 to 65 years with subjective, unilateral, or bilateral, nonpulsatile tinnitus. Participants were randomized to five weeks of twice-weekly computer-based CT with 250 mg D-cycloserine or placebo prior to CT sessions.

The researchers observed a significant improvement in median Tinnitus Functional Index (TFI) score (−5.8) and self-reported cognitive deficits (−4.5) for the D-cycloserine plus CT group, but no significant improvements in the placebo group (−1.0 and −2.0, respectively). There was no significant between-group difference in TFI score change after adjustment for age and duration of tinnitus (P = 0.41). Significantly greater improvement in self-reported cognitive deficits was seen for the D-cycloserine versus the placebo group (P = 0.03), after adjustment for confounding variables. There were no reports of serious adverse effects.

"The finding that D-cycloserine use was more effective than placebo at improving self-reported cognitive difficulties could be important given the high rate of concern for cognitive deficits in patients with tinnitus," the authors write.

One author disclosed financial ties to the pharmaceutical industry. Posit Science provided access to the Brain Fitness Program for all participants.