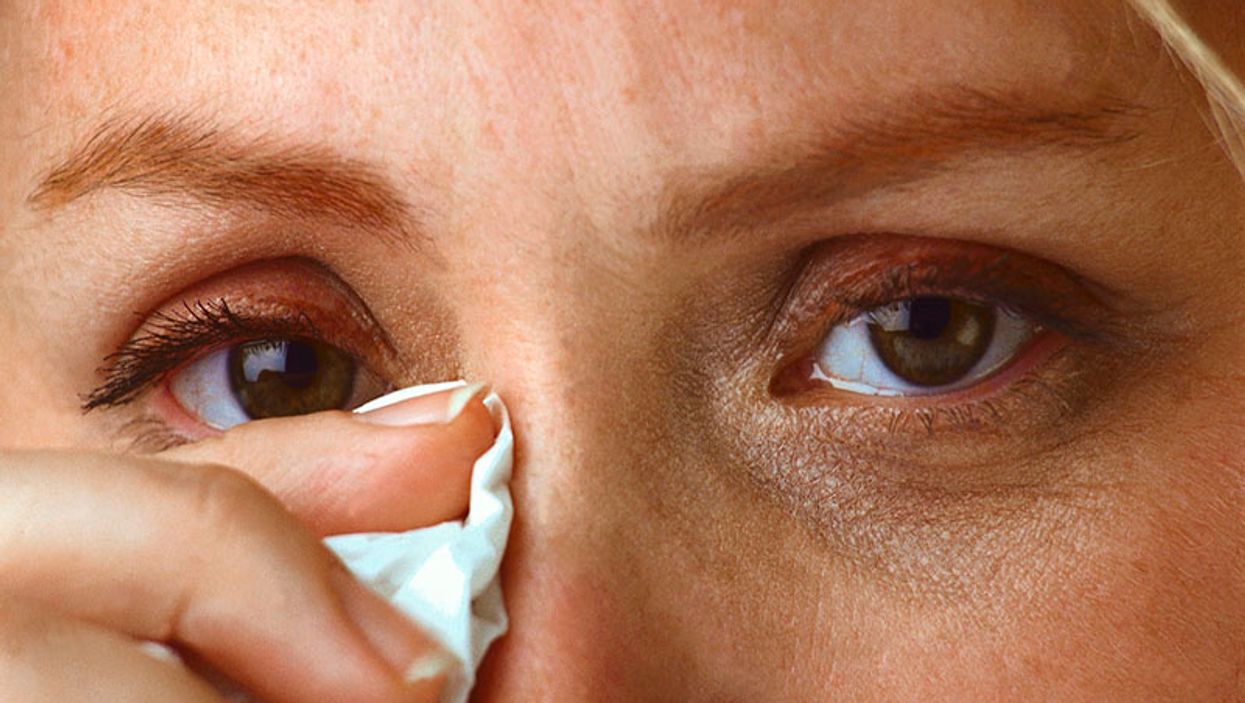 THURSDAY, May 12, 2016 (HealthDay News) -- Rab3D and Rab27 proteins play an important role in the enhanced release of cathepsin S (CTSS) from lacrimal gland acinar cells (LGAC) in Sjögren's syndrome (SS), according to an experimental study published online April 13 in the American Journal of Physiology-Cell Physiology.

Noting that increased CTSS activity is a unique characteristic of SS patient tears, Zheng Meng, from the University of Southern California in Los Angeles, and colleagues examined the role of Rab3D, Rab27a, and Rab27b proteins in the enhanced release of CTSS from LGAC in a mouse model.

The researchers found that CTSS activity was elevated in tears of mice lacking Rab3D, similar to that seen in SS patients and the male non-obese diabetic (NOD) mouse model of SS. Lower gene expression and altered localization of Rab3D were identified in NOD LGAC. Mice lacking Rab27 isoforms also had significantly reduced CTSS activity in tears. Newly synthesized CTSS was detected in and secreted from Rab27-enriched secretory vesicles; in addition, dominant negative Rab27b expression reduced carbachol-stimulated secretion of CTSS in cultured LGAC. Microdomains of Rab3D and Rab27 isoforms were revealed on the same secretory vesicles in high-resolution three dimensional structured illumination microscopy, but they were present in different proportions on different vesicles.

"A loss of Rab3D from secretory vesicles, leading to disproportionate Rab27-to-Rab3D activity, may contribute to the enhanced release of CTSS in tears of SS patients," the authors write.