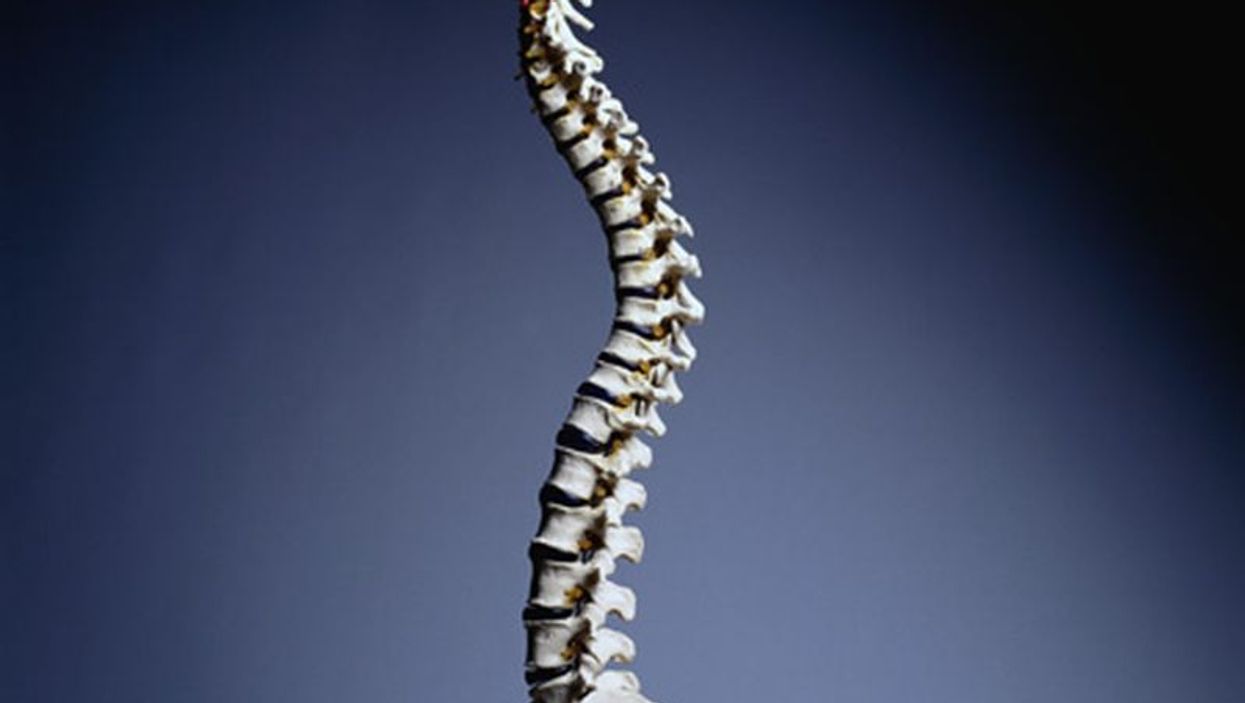 TUESDAY, May 30, 2017 (HealthDay News) -- The U.S. Preventive Services Task Force (USPSTF) has concluded that there is currently insufficient evidence to assess the benefits and harms of screening for adolescent idiopathic scoliosis (AIS) in children and adolescents ages 10 to 18 who don't have any signs or symptoms. These findings form the basis of a draft recommendation statement published online May 30 by the USPSTF.

Researchers from the USPSTF reviewed the evidence to update the 2004 recommendation on screening for AIS for asymptomatic children and adolescents ages 10 to 18 years.

The researchers reviewed data from seven studies on screening accuracy, seven studies on the effectiveness of treatment, one study on the harms of treatment, and two studies on long-term outcomes. There were no studies that met inclusion criteria on the effect of screening on long-term health outcomes or the harms of screening. Based on the findings, the USPSTF concluded that the current evidence is inadequate to assess the balance of benefits and harms of screening. These findings form the basis of a draft recommendation statement, which will be posted for public comment from May 30 to June 26.

"This I statement is a call for more research to address the uncertainty in evidence about screening," John W. Epling Jr., M.D., said in a statement. "In the meantime, primary care clinicians should use their clinical judgement when deciding which patients to screen."