See What HealthDay Can Do For You
Public HealthRaceCardiovascular DiseasesHigh Cholesterol

TUESDAY, Nov. 22, 2022 (HealthDay News) -- Lower levels of high-density lipoprotein cholesterol (HDL-C) are associated with increased coronary heart disease (CHD) risk in White but not Black adults, and higher levels of HDL-C are not protective for either group, according to a study published in the Nov. 29 issue of the Journal of the American College of Cardiology.

Neil A. Zakai, M.D., from the Larner College of Medicine at the University of Vermont in Burlington, and colleagues examined whether CHD risk equations underperform in Black adults using data from the Reasons for Geographic and Racial Differences in Stroke cohort, which recruited 30,239 Black and White adults aged 45 years and older between 2003 and 2007. The race-specific hazard of plasma lipid levels with incident CHD was examined.

The researchers found that during a median follow-up of 10 years, 664 and 951 CHD events occurred in Black and White adults, respectively, among the 23,901 CHD-free participants. In both races, LDL-C and triglycerides were associated with an increased risk for CHD. Low HDL-C was associated with an increased CHD risk in White (hazard ratio, 1.22) but not Black adults, while no association for high HDL-C with decreased CHD was seen in either race.

"Our data suggest that the use of low HDL-C is informative in White adults but not in Black adults and the use of high HDL-C might not be helpful in either race," the authors write. "Although we need to gather further population-based evidence, our data support the notion that the value of high HDL-C in risk prediction algorithms should be demoted." 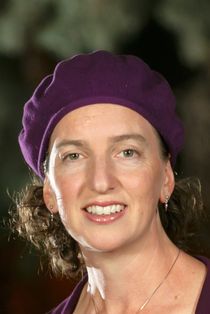 Public HealthRaceCardiovascular DiseasesHigh Cholesterol
Read this Next
Other Trending Articles

Scientists May Be Closer to Effective HIV Vaccine