Odds ratio for developing AIS was 3.36 for the highest decile for PRS versus the fifth decile, which was designated as the average-risk group 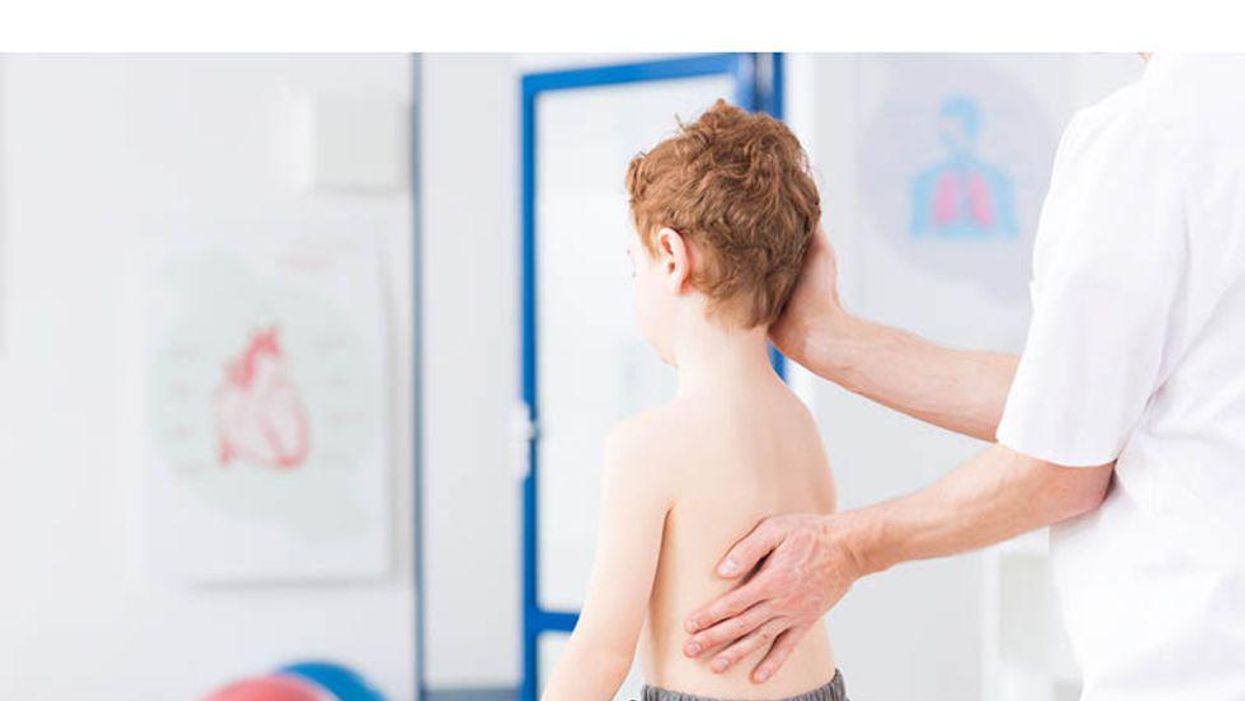 THURSDAY, June 24, 2021 (HealthDay News) -- A polygenic risk score (PRS) may be useful for predicting the onset and progression of adolescent idiopathic scoliosis (AIS), according to a study published online June 22 in the Journal of Bone and Mineral Research.

Nao Otomo, M.D., from the Center for Integrative Medical Sciences in Tokyo, and colleagues examined the usefulness of PRS for the prediction of onset and progression of AIS. Genome-wide association study data for 79,211 individuals from three cohorts were used, and a PRS was constructed in a discovery set including 31,999 females. After calibration, the PRS was applied to a test data set.

The researchers found that the PRS demonstrated an association with AIS susceptibility by integrating functional annotations showing heritability enrichment in the selection of variants, with an area under the receiver operating characteristic (AUROC) of 0.674 (sensitivity, 0.644; specificity, 0.622). The odds ratio for developing AIS was 3.36 for the highest decile for PRS compared with the fifth decile (average-risk group). Predictive ability for the development of AIS was improved with the addition of a predictive model with a single clinical parameter (body mass index; AUROC, 0.722). The Cobb angle was identified as a polygenic trait, which showed significant genetic correlation with AIS susceptibility; the AIS PRS was significantly associated with the Cobb angle.

"This PRS approach for AIS is promising to consider for early intervention from the standpoint of preventive medicine," the authors write. "Ultimately, it is expected that more AIS patients can avoid spinal correction surgery through prediction based on PRS."