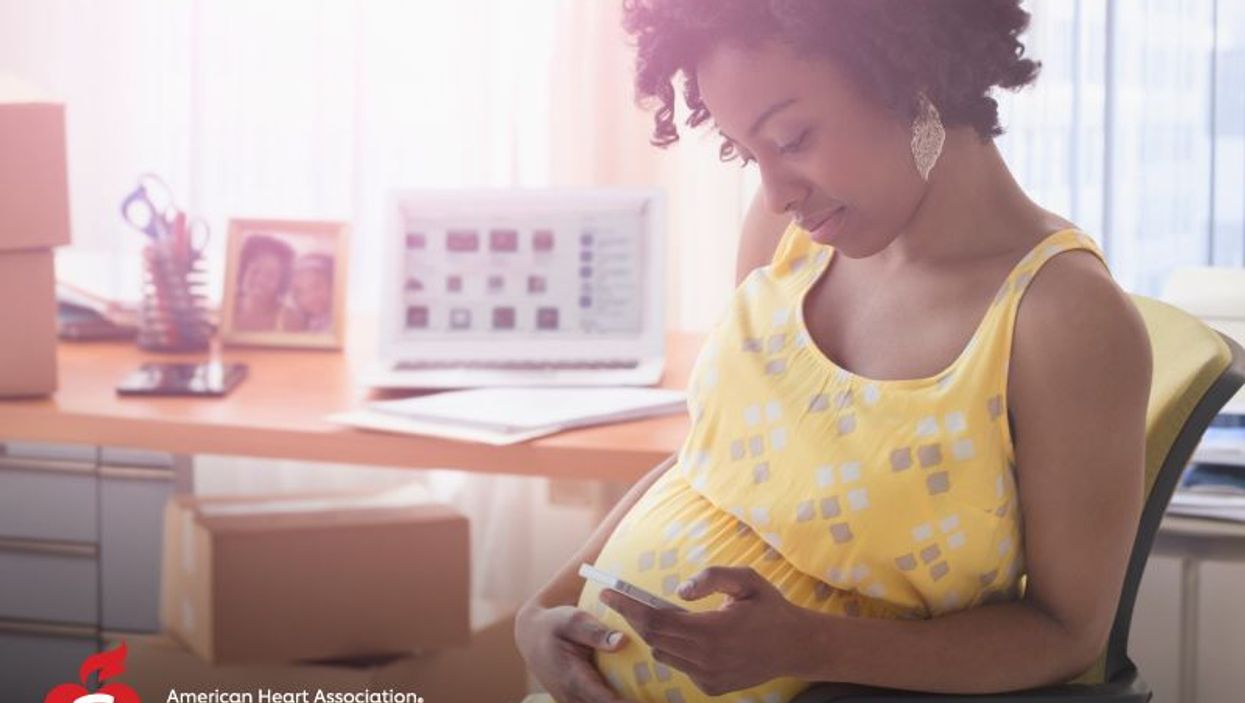 MONDAY, July 15, 2019 (American Heart Association News) -- A new study confirms that when it comes to assessing heart health, an important question a doctor can ask an African American woman is, "Did you have complications during a pregnancy?"

The study, published Monday in the American Heart Association's journal Circulation: Cardiovascular Imaging, analyzed data collected on 439 African American women who had a coronary CT angiogram -- a scan that takes images of the arteries that supply blood to the heart -- and reported a previous pregnancy complication. These women were compared to 445 African American women with similar characteristics, such as age, weight and smoking history, who also had an angiogram but did not report a problem during pregnancy.

The research team looked at three pregnancy complications: preterm delivery (giving birth before the due date), preeclampsia (high blood pressure) and gestational diabetes (diabetes that develops during pregnancy). The study showed women who had developed gestational diabetes were most likely to have an angiogram show the presence of coronary artery disease -- narrowing or obstruction of the arteries that supply blood to the heart. These women were also more likely to have type 2 diabetes, a condition that causes blood sugar to rise to potentially dangerous levels.

Dr. U. Joseph Schoepf, a professor of radiology, medicine and pediatrics at the Medical University of South Carolina who led the study, said he was not surprised by its findings.

"We know from prior literature that pregnancy problems such as gestational diabetes predispose a woman to coronary artery disease later in life," he said. "That's not a new finding. We are the first in the field to show that you can use imaging to quantify the extent of disease in women who have had those risk factors."

Coronary heart disease is the most common type of heart disease. It occurs when plaque builds up in the heart's arteries, a condition called atherosclerosis. It is the leading cause of death in women and men.

Although the study included only African American women, Schoepf said the findings could be applied to other races and ethnicities.

"For the vast majority of young women, pregnancy is the first true stress test to the heart," said Schoepf. And when women develop diabetes during pregnancy, "it's probably the first harbinger of disorders they could be prone to developing."

Dr. Marysia S. Tweet, a cardiovascular medicine specialist at the Mayo Clinic College of Medicine in Rochester, Minnesota, said it is important for women who have had pregnancy complications to "be aware that this history is associated with increased long-term health risks."

Tweet, who wrote an editorial that accompanied the study, said a diagnosis of gestational diabetes should alert women that it is even more important to "pay attention to aspects of their life that can be modified." This includes not smoking as well as controlling blood sugar, blood pressure and cholesterol levels. These women should also "adopt heart-healthy eating habits and regular exercise with the goal of achieving and maintaining a healthy weight," she said.

Although the link between pregnancy complications and heart disease has been written about previously, Schoepf said there's still a lack of general awareness that what happens during pregnancy can serve as a red flag.

"There is a very long time between a young woman developing pregnancy complications and an older woman developing heart disease," he said. "We hope that research such as ours will raise awareness that primary care physicians and OB-GYNs need to alert and empower patients to be aware of their risks and inform the physicians they see later in life."