Could Same-Sex Couples Have Babies With Shared DNA? Study Hints It's Possible 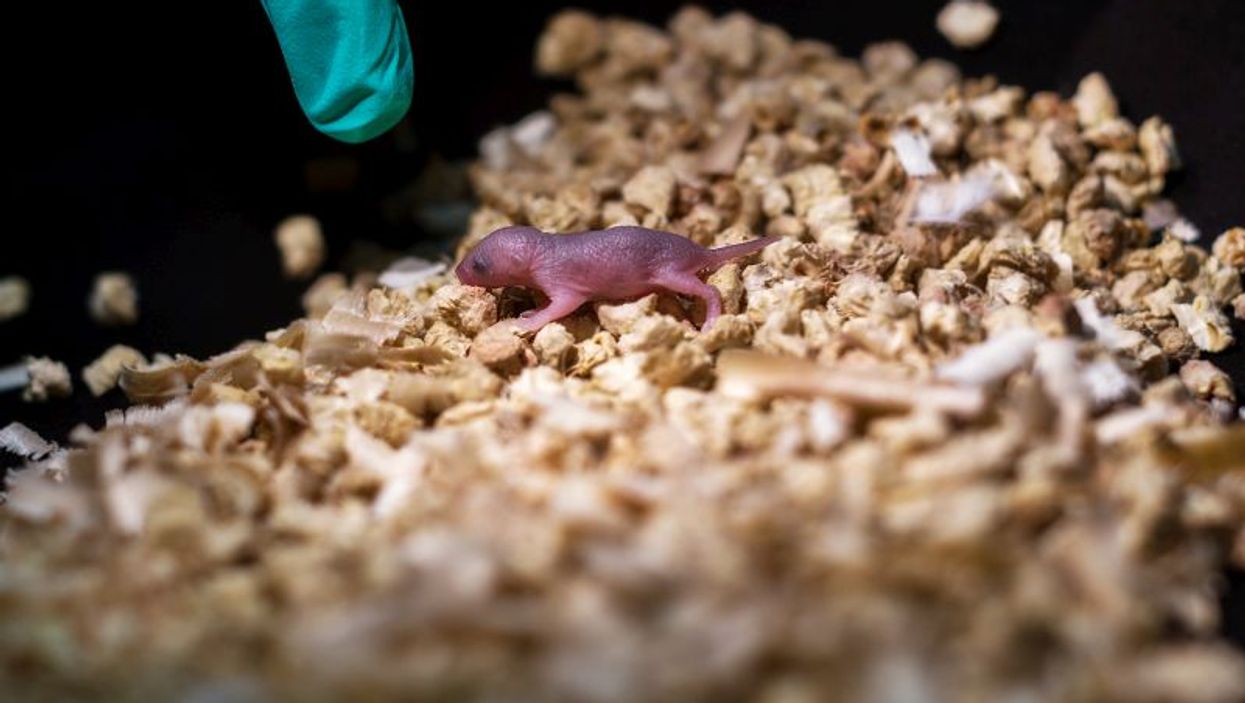 THURSDAY, Oct. 11, 2018 (HealthDay News) -- Lesbian and gay couples might one day be able to produce offspring that share genetic traits from both parents, a study in mice has determined.

Researchers with the Chinese Academy of Sciences produced 29 healthy mouse pups from two mothers using stem cells and targeted gene editing, according to a new report.

"Not only were they born, the reassuring part was that these pups went ahead and had offspring of their own later on," said Dr. Tomer Singer, director of reproductive endocrinology at Lenox Hill Hospital in New York City.

"They were healthy enough to reproduce, which is important," added Singer, who was not involved in the experiment.

The Chinese research team also produced 12 live offspring from two genetic fathers, but the process was more complicated and the offspring lived only a few days.

Nevertheless, "this study is a very important first step to prove the concept that in mammals, you may not need a male and a female parent," Singer said.

Still, experts note that research in animals often doesn't pan out in humans.

The research was published online Oct. 11 in the journal Cell Stem Cell.

Some reptiles, fish and amphibians can have babies without requiring sperm from a father and an egg from a mother, but that's not the case with mammals, said co-senior study author Qi Zhou. He is a professor with the Institute of Zoology at the Chinese Academy of Sciences in Beijing.

"We were interested in the question of why mammals can only undergo sexual reproduction," Zhou said in a journal news release.

For their experiment, the investigators relied on haploid embryonic stem cells. Haploid stem cells contain half the number of chromosomes and DNA as normal stem cells, which typically have a blend of genetic material from both parents.

But there was another reproductive hurdle that had to be overcome -- that of genomic imprinting.

"This is a very important step in reproduction that essentially shuts down some genes once the egg and sperm are fertilized and create an embryo," Singer said.

In mice, more than 100 genes have been confirmed to be imprinted, and about 50 imprinted genes have been detected in humans, according to a 2013 report in the journal Molecular Aspects of Medicine.

Inadequate genomic imprinting can cause reproductive failure, as well as severe developmental abnormalities, cancer and other health problems in babies who survive.

To get around this, the Chinese researchers deleted three genes involved in imprinting from the genetic information derived from the female mouse pair, and seven genes from the male mouse pair.

For the female couple, the process was relatively simple, according to the report. The haploid stem cells from one female essentially acted as sperm that was then injected into an egg from the other female mouse, who carried the pups to term.

The male couple required a donated empty egg from a female mouse. Into it went a blend of the two males' edited genetic information. A female mouse also was required to serve as a surrogate mother, carrying the male/male progeny to term.

Offspring from the male couple was not viable, probably because the correct imprinted genes were not deleted, Singer said.

"It's either that they didn't shut down enough genes or too many genes or the wrong genes," Singer suggested.

For this process to work in humans, researchers would have to figure out which imprinted genes would need to be deleted in both women and men, he noted.

Scientists last year isolated and replicated the very first haploid human stem cells. But Singer predicts it will take decades to identify the specific imprinted genes that would need to be shut down to allow for healthy same-sex reproduction in humans.

Getting it wrong could cause birth defects, as well as other health problems that might not emerge for decades, Singer added.

"That brings us to an ethical dilemma," he said. "Are we creating a generation of animals and, in the future, human beings where we cannot predict how this will affect them? Will they have the life expectancy, will they develop cancer or heart disease or mental retardation or autism or other conditions?"

The University of Utah has more about genomic imprinting.