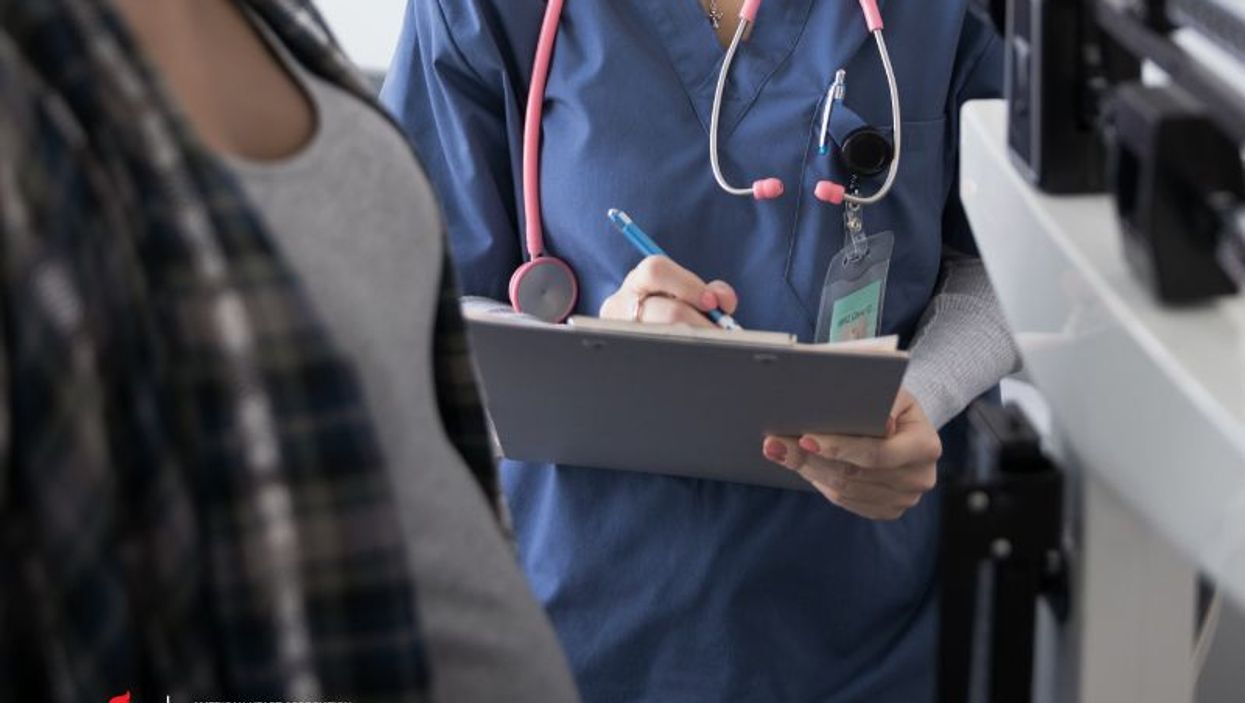 The study explored how weight affects preeclampsia, a serious pregnancy condition related to gestational high blood pressure. Ten million women around the world develop preeclampsia each year, resulting in the death of 76,000 pregnant women and an estimated 500,000 babies, according to the Preeclampsia Foundation.

Obesity prior to pregnancy already is a well-identified risk factor for preeclampsia. But previous research found conflicting results on how the condition is affected by high weight gain in the first 20 weeks of pregnancy, said study author Dr. Jennifer Hutcheon, an associate professor at the University of British Columbia in Vancouver.

The new study, published June 18 in the American Heart Association's journal Hypertension, looked at more than 62,000 Swedish women who had never given birth -- of which 4.4 percent developed preeclampsia -- and tracked how much weight the women had gained during their pregnancy.

According to other research, obesity increases the overall risk of preeclampsia by approximately 2- to 3-fold, and that risk progressively increases with increasing body mass index (BMI), even within the normal range.

Preeclampsia can cause stillbirths and mothers to suffer seizures, stroke, kidney failure, and other serious problems.

The new study also found that high weight gain was more strongly linked with preeclampsia developing after 37 weeks of pregnancy than with more severe forms of preeclampsia that develop earlier in pregnancy, Hutcheon said. "This finding may provide clues as to the biological mechanisms causing these two subtypes of preeclampsia."

Dr. Haywood Brown, outgoing president of The American College of Obstetricians and Gynecologists, praised the study as "powerful information that's really going to add something to our literature and help us counsel people going into pregnancy. It's strong evidence that weight gain is associated with preeclampsia, and staying within the guidelines of weight gain is very important."

Brown, an OB/GYN who was not involved in the study, said the research was limited by being conducted in Sweden, a country with a predominately white population.

"So, the generalization to African Americans and Hispanics might not necessarily be there," Brown said. "We need to duplicate this study in the U.S., in more diverse populations, and also because this is a country where about 60 percent of the population is overweight and obese."

Brown said the study underscores the importance of women and their doctors paying close attention to how much weight is gained during pregnancy.

For women who are pregnant with one baby, the National Academy of Medicine recommends:

"We've kind of gotten away from counseling on weight gain, and we need to get back to that," said Brown. "We need to have a conversation with patients when they come in for that first prenatal visit and counsel them to stick to the recommendations. The message here is we need to go into preventative mode."