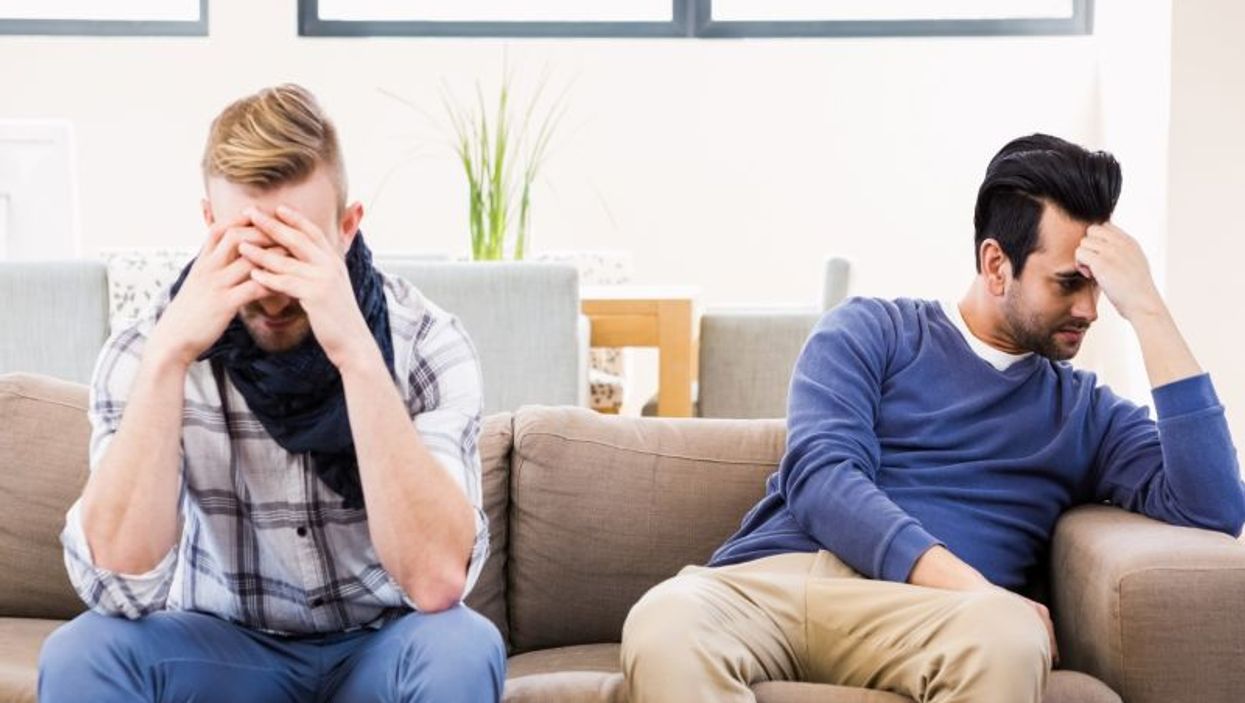 MONDAY, July 16, 2018 (HealthDay News) -- In a sobering finding that shows women aren't the only victims of domestic violence, researchers report that nearly half of men in same-sex couples have suffered some form of abuse at the hands of their partner.

The study included 320 men in 160 couples, and found that 46 percent reported some form of intimate partner abuse in the last year, including physical and sexual violence, emotional abuse and controlling behavior.

"If you just looked at physical and sexual violence in male couples, it's about 25 to 30 percent, roughly the same as women," said study author Rob Stephenson. He directs the University of Michigan's Center for Sexuality and Health Disparities.

And domestic abuse in male couples might increase the risk of HIV infection because victims may have little or no control over condom use or when and how the couple has sex, Stephenson explained. Also, there's a lack of communication about HIV status and HIV prevention in abusive relationships.

Along with stress factors connected with domestic abuse in both same-sex and heterosexual couples -- money, unemployment and drug abuse -- this study found a strong association between internalized homophobia and abuse in male couples, Stephenson said.

The stress of struggling with his sexual identity might cause a gay man to inflict physical or emotional abuse on a partner, Stephenson said.

He added that most health care providers don't ask male couples about domestic abuse, but they need to start.

The study was published in the July issue of the American Journal of Men's Health.

Helpguide.org offers advice for men who are victims of abuse.