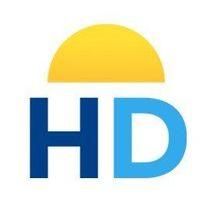 TUESDAY, May 6, 2003 (HealthDayNews) -- Federal officials are finalizing plans to safeguard the nation's food supply in the event of a terrorist attack.

Specifically, the U.S. Food and Drug Administration is planning to require certain food companies to keep detailed records about their products, and is also devising a system to detain foodstuffs considered a threat to public health.

The proposed regulations, published Tuesday in the Federal Register by the FDA, were required of the agency by the Public Health Security and Bioterrorism Preparedness and Response Act of 2002.

Two previous rules, also required by the Bioterrorism Act, were published in January.

"When 9/11 took place, with respect to food regulation, the FDA did not have enough power to require important things to protect the American people against the threat of bioterrorism," Lester Crawford, deputy commissioner of the FDA, said in a news briefing Tuesday. "There was enough credibility in the use of food as a matrix of bioterrorism, as a vehicle for introducing a terrorist act in the U.S., and we were not embarrassed to point out the fact that we were weak in this regard."

The two latest rules are expected to go into effect Dec. 12, though companies will have varying periods of time, depending on their size, to comply.

The first proposed regulation requires food manufacturers, processors, packers, distributors, receivers, holders, and importers to keep records detailing where they got the food from and where they are sending it. These records will form a sort of provenance of food items, marking exactly who had control of what and during which time period.

"This regulation simply requires a company that is exporting to the U.S. or producing within the U.S. [to] be able to tell us where the food came from, where they obtained it, and also what is the next entity after them that will have possession of the food," Crawford explained.

To reduce the extra burden these rules will create, the FDA will allow companies to keep records however they want and in paper or electronic versions, as long as they include all the necessary information.

Farms, restaurants, fishing vessels not engaged in processing, firms regulated exclusively by the U.S. Department of Agriculture (USDA), and some foreign facilities will be exempt. Retail food operations will not have to keep records on where food goes when it is sold.

The second regulation enables the FDA to detain food items considered suspect. Any detention will not be allowed to exceed 30 days and will not apply to foods under the jurisdiction of the USDA (meat, poultry, and egg products). In fact, the FDA is already able to detain food. "We don't have to prove that there is a threat, but we have to have credible information or credible scientific basis to prove that the food needs detaining," Crawford said.

Crawford also took great pains to explain that the FDA would not be able to keep food for unreasonable periods of time and that there would be an expedited process for perishable items. "We are not, under the law, supposed to be an agent for causing spoilage, so we have to act particularly expeditiously with perishable food," he said. "If we believe they pose a threat within the regulations, then we can take whatever actions we need to take. We can't just be detaining them and letting them spoil without good reason."

As for enforcement, Crawford promised a "strong surveillance and compliance package."

The FDA estimates the total cost to businesses of the detention regulation to be from zero to $38 million and the total annual average cost of the record-keeping regulation as $383 million. "It's not really possible to know [exactly but] we believe that the cost will be at the low end," Crawford said. "The other thing to recall is that this is the law. This is the Bioterrorism Act and it is a serious law. It's the law of the land and we have to put it into effect."

The FDA has more on the Bioterrorism Act of 2002. The full Federal Register announcements are available for administrative detention and establishment and maintenance of records.

Could Weight-Loss Surgery in Teens Raise Risks for Alcohol Abuse?

Why Can't I Lose Weight?

Choosing the Best Diet for Your Weight and Health

CVS, Walgreens Say They Will Offer Abortion Pills in Some States

Does Your Home Have Dangerous Levels of Cancer-Causing Radon?

Millions Could Lose Medicaid by April as Pandemic Rules Ease