Benznidazole becomes the nation's only drug for Chagas disease 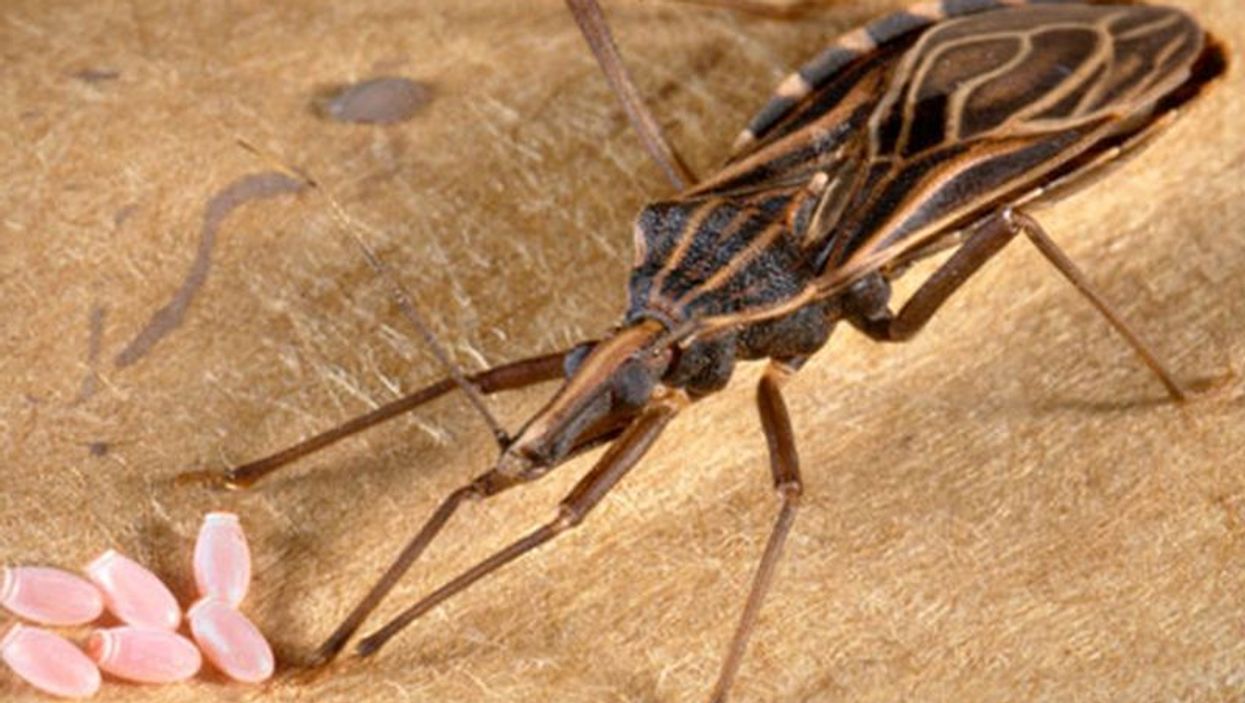 Under its accelerated approval process, the agency on Tuesday OK'd use of benznidazole for children aged 2 to 12 who have Chagas disease. The infection is caused by a parasite called Trypanosoma cruzi, which is transmitted by infected triatomine bugs.

The insects feed on the blood of humans (and animals) at night. Because it often bites near the eye or mouth, it's been dubbed the "kissing bug."

According to the U.S. Centers for Disease Control and Prevention, the bug defecates while feeding, generally when someone is sleeping. The infection is spread if the feces is rubbed into the bite or mucous membranes.

Chagas disease is also transmitted through blood transfusions, or from a mother to her child during pregnancy, the FDA said.

Without early treatment, the disease can eventually cause serious heart illness, and interfere with swallowing and digestion.

"The FDA is committed to making available safe and effective therapeutic options to treat tropical diseases," Dr. Edward Cox, director of the FDA's Office of Antimicrobial Products, said in an agency news release.

Benznidazole is made by Chemo Research, S. L., of Madrid, Spain. It was approved after two clinical trials in kids aged 6 to 12. In one trial, about six out of 10 children treated with benznidazole had an antibody test change from positive to negative versus just 14 percent of kids who received a placebo, the FDA reported.

Similar results were seen in the second trial, the FDA said.

Also, the FDA said animal studies have suggested benznidazole could cause fetal harm when administered in pregnancy.

The FDA explained it speeds up drug approval when "there is unmet medical need and adequate and well-controlled trials." However, "further study is required to verify and describe the anticipated clinical benefit of benznidazole," it said.

To learn more about Chagas disease, see the U.S. Centers for Disease Control and PreveNtion.