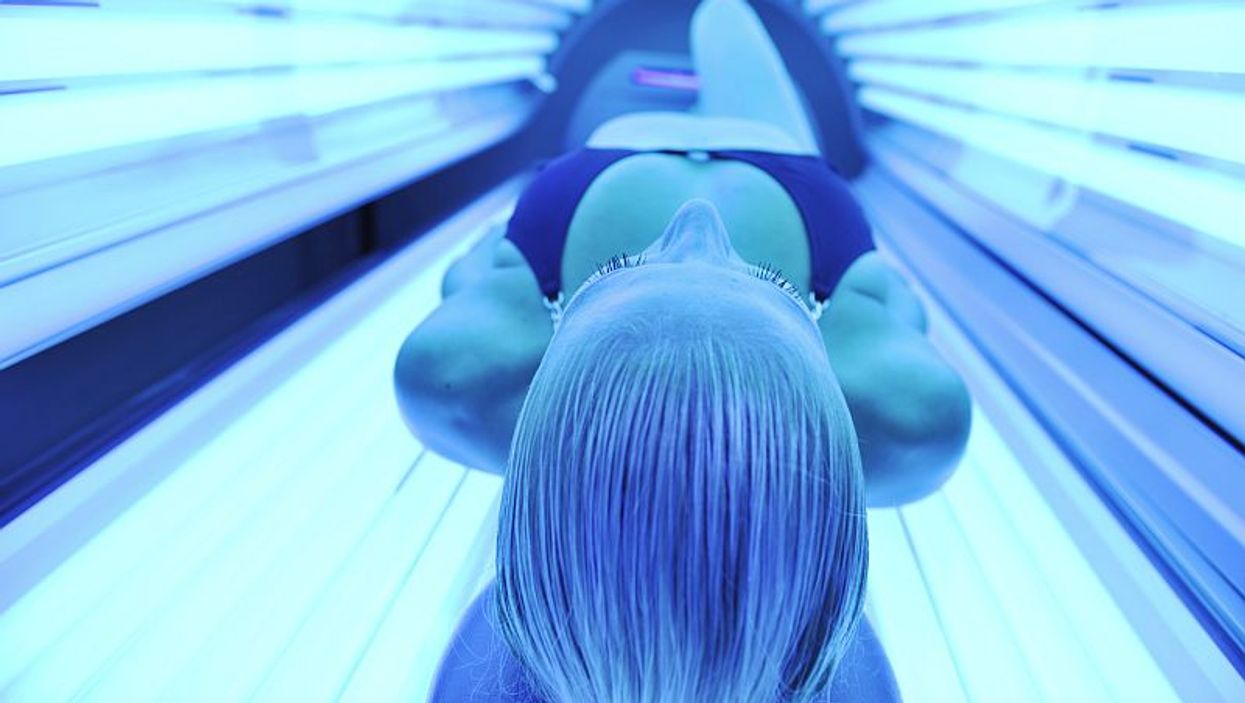 "Today's action is intended to help protect young people from a known and preventable cause of skin cancer and other harms," said acting FDA Commissioner Dr. Stephen Ostroff. "Individuals under 18 are at greatest risk of the adverse health consequences of indoor tanning."

The FDA proposal also would require users 18 and older to sign a document that says they are aware of the health risks posed by tanning beds. They would have to sign the document before their first indoor tanning session and every six months after that, the agency said.

"The FDA understands that some adults may decide to continue to use sunlamp products," Ostroff said. "These proposed rules are meant to help adults make their decisions based on truthful information, and to ensure manufacturers and tanning facilities take additional steps to improve the safety of these devices."

Additional safety proposals that are aimed at tanning bed makers and facilities include:

"Exposure to UV radiation from indoor tanning can increase your risk of developing skin cancer including melanoma, the deadliest type of skin cancer," Dr. Vasum Peiris, chief medical officer for pediatrics and special populations in the FDA's Center for Devices and Radiological Health, said during a news conference Friday.

Yet, 1.6 million Americans under the age of 18 indoor tan each year, according to 2013 federal government data.

And people exposed to UV radiation from indoor tanning are 59 percent more likely to develop deadly melanomas than those who never use indoor tanning, according to the American Academy of Dermatology.

"This risk increases with each use of tanning devices," Dr. Mark Lebwohl, president of the academy, said in a statement Friday. "Therefore, dermatologists are extremely pleased that the federal government has recognized the inherent dangers of indoor tanning and is following the lead of the 42 states that have already enacted tanning bed restrictions to potentially reduce this risk.

Restricting teens' access to indoor tanning and "educating all users about the dangers of tanning devices are critical steps to preventing skin cancer," Lebwohl said.

"As medical doctors who diagnose and treat skin cancer, dermatologists are committed to reducing its incidence and saving lives," he said. "We encourage the FDA to finalize this proposed rule, as it would be a historic victory in our nation's fight to eradicate skin cancer."

"These are important first steps and, if passed, will be a great help in deterring teens from using tanning beds and other artificial sources for tanning," said Dr. Doris Day, a dermatologist at Lenox Hill Hospital in New York City.

"My hope is that these proposals will move forward in a timely manner, and will be put into effect within the next year," Day added.

Between 2003 and 2012, the number of tanning bed-related visits to U.S. emergency departments averaged 3,000 a year, according to the U.S. Centers for Disease Control and Prevention.

In the United States, there are as many as 19,000 indoor tanning salons and 20,000 other facilities -- such as health clubs and spas -- that offer indoor tanning, according to the FDA.

The proposed safety measures are available online for public comment for 90 days, the agency said.

The Skin Cancer Foundation has more about indoor tanning and skin cancer risk.