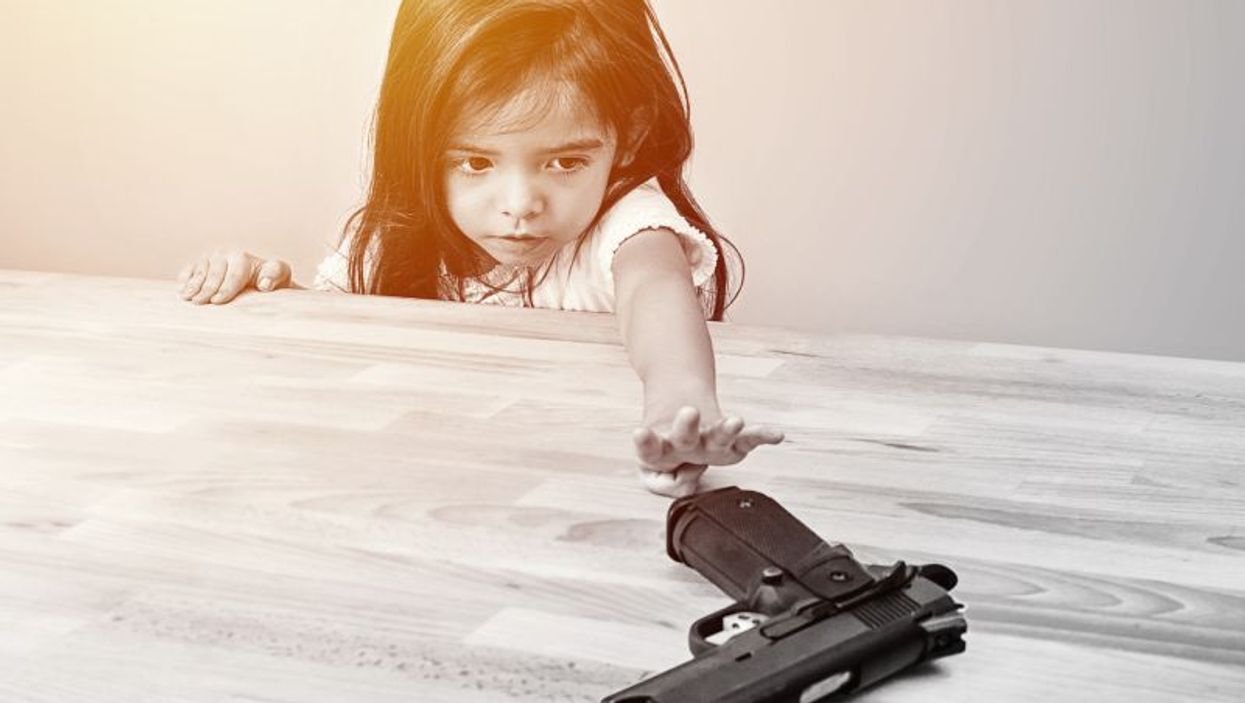 The question has been why.

The new study, published in the February issue of Pediatrics, offers a possible reason: The firearm of choice for U.S. families has shifted from hunting rifles to handguns.

The key difference, experts said, is that families usually buy handguns for protection and may keep them somewhere that little hands can reach.

"It's the changes in firearm type -- the shift to handguns in the home -- that appears to be putting these young children most at risk," said lead researcher Kate Prickett. She is the director of the Roy McKenzie Center for the Study of Families and Children at Victoria University in Wellington, New Zealand.

Prickett said the findings put more weight behind what experts already recommend: The safest choice for parents with young kids is to keep their home gun-free. But if they do own a firearm, it should be unloaded and kept under lock and key.

For the study, Prickett and her team analyzed years of findings from a nationally representative survey of U.S. households that asked -- among other things -- about firearms in the home. They compared those patterns against federal statistics on gun-related deaths.

Like past studies, this one found a disturbing trend in gun deaths among children ages 1 to 4: After declining from historic highs in the early 1980s, the death rate began to climb again after 2004.

Similarly, gun ownership changed over the years. In 1976, half of white families with young children owned a gun. That declined to a low of 29 percent in 2002, before it spiked again -- to 45 percent in 2016.

The critical change, according to the researchers, was in the type of gun families owned. Back in the 1970s, half of gun-owning families had a rifle -- presumably for recreation, like hunting. By 2016, 72 percent of those families had a handgun.

It's reasonable to assume that most of those handguns are meant for protection, according to Dr. Kavita Parikh, who wrote an editorial published with the study.

When that's the goal, she said, families may resist advice to lock guns away, unloaded.

When a gun is in the house, she said, people are much more likely to be accidentally hurt than to use it for self-defense.

Firearm-related injury is the fifth-most common cause of injury-related deaths among 1- to 4-year-olds, the study noted.

The current findings do not prove that the changes in families' gun ownership have driven up gun deaths among children. But Prickett said they are in line with many studies that all show a "clear and consistent finding." When it comes to gun-related deaths among children and teenagers, having a gun in the home is one of the strongest risk factors.

Parikh pointed to American Academy of Pediatrics guidelines stating that ideally, parents should keep guns out of the house. Short of that, any gun should be locked away, unloaded and separate from ammunition.

A seemingly good hiding place is not enough. "What we're seeing is that kids explore and know where the family firearms are," Parikh said.

She stressed that gun manufacturers have a responsibility, too. Namely, they could invest in developing "smart guns" that can only be operated by the intended person and not by children.

Legislation could also help, according to Prickett. Many states have child access prevention (CAP) laws, which, to varying degrees, hold adults liable when a child gains access to their gun.

But, Prickett said, an overarching federal CAP law -- along with other steps, such as universal background checks -- might keep more guns out of kids' hands.

Children's Hospital of Philadelphia has more on children and gun violence.