See What HealthDay Can Do For You
Contact Us
February 6, 2017 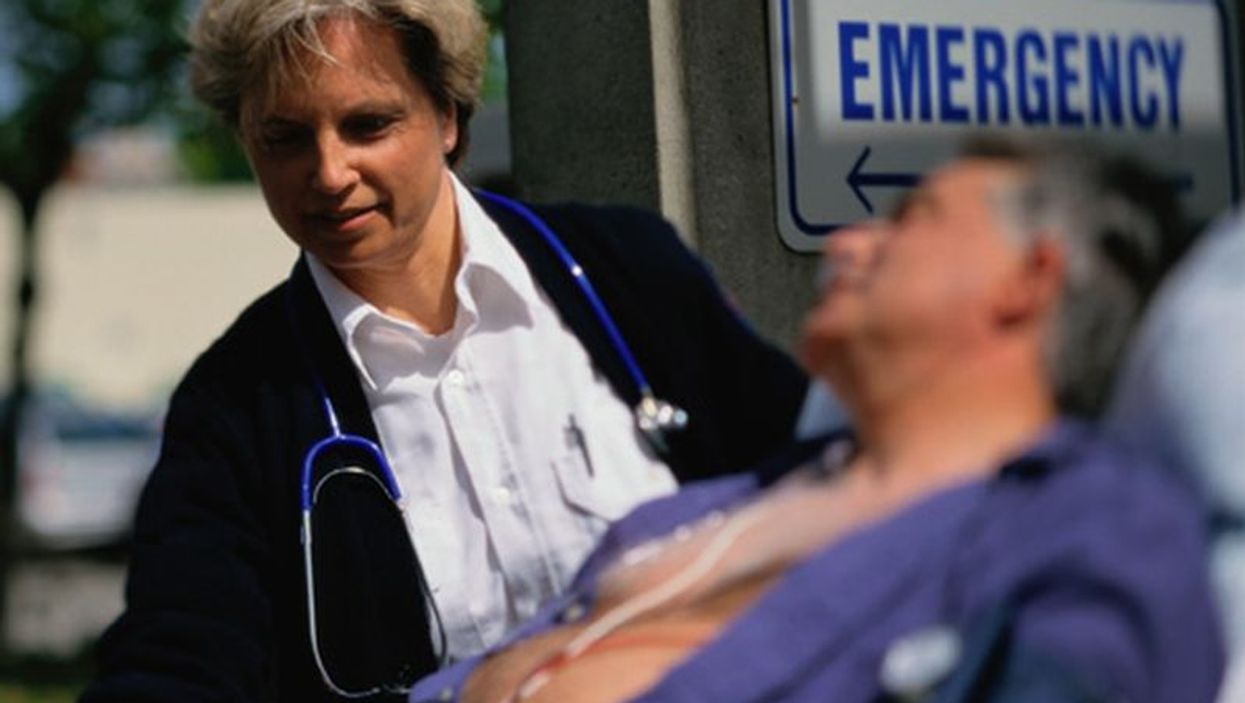 One finds that some hospice programs often refuse to accept these immigrants in the final days of their lives. The other reveals the hardships faced by those suffering from kidney failure who can't get regular dialysis, the study authors said.

Dialysis rids the body of toxins when the kidneys don't work properly.

The laws limiting dialysis for immigrants who are in the country illegally "have a profound impact," said Dr. Lilia Cervantes, a Colorado researcher who interviewed 20 kidney failure patients about their experiences. "They have immense distress," she said.

At issue: The limitations of publicly funded health care for poor undocumented immigrants for routine dialysis and hospice care.

The Medicaid programs in some states like California and New York cover routine dialysis, typically needed three times a week for four hours, for undocumented immigrants with end-stage kidney disease, Cervantes said. There are an estimated 6,480 of these immigrants with the condition in the United States, her research team said.

But most other states do not cover routine dialysis, meaning these patients must go to the hospital for emergency dialysis when they're in bad shape, Cervantes said.

For the study, Cervantes and her colleagues interviewed 20 undocumented immigrants who are only able to undergo dialysis once a week, via an emergency room, when they're critically ill.

In some cases, the ER patients get dialysis on a Monday "when they're short of breath and feel like they're drowning," Cervantes said. They leave the next day and feel fairly well for a couple days, she said, but by Friday, "they're feeling really sick again, nauseous, short of breath."

By Saturday, they're in bed, and by Sunday, "they're at death's door, but they don't go to the hospital because they feel like they're not sick enough and won't be treated after a five-hour wait. Instead, they come in on Monday when they can barely move," she said.

One patient said: "It's happened to me twice, not being able to breathe... They saw me vomiting blood and that is when I was taken to the intensive care unit and after that I was unaware of anything around me for two days... A different time, I ignored my symptoms too long and then when I came here I couldn't breathe."

The patient added: "I was going to be taken to dialysis but after a while I had no pulse ... they kept talking to me to keep me awake because they couldn't find my pulse."

In addition, Cervantes said, "many of these patients talk about receiving cardiopulmonary resuscitation like it's a normal thing. One said she's had CPR three times."

Some of the patients even admitted they would consume food or drink high in potassium just outside the hospital when they experienced a drowning feeling, so the lab results would be dire enough to guarantee emergency dialysis.

In the second study, Duke University researchers led by Dr. Nathan Gray of Duke Palliative Care sent surveys to 230 hospices in the United States and received answers from 179 about whether they treat undocumented immigrants. Nine percent (16) said they don't accept them, and nearly 24 percent (42) said their enrollment is restricted. The rest, 68 percent (121) said they don't restrict undocumented immigrants.

According to the study, Medicare -- the federal insurance program for seniors and some other people in the United States -- doesn't cover hospice care for undocumented immigrants. The study said hospice care reduces health care costs and improves the quality of the end of life.

The two studies were published Feb. 6 in the journal JAMA Internal Medicine.

Dr. Alicia Fernandez is a professor of medicine at the University of California, San Francisco, who cowrote a commentary accompanying the studies. She praised the research.

"I doubt the policies that create this suffering reflect the values of most people in the United States," Fernandez said. "Physicians need to advocate for their individual patients and, equally importantly, join with other physicians in their medical societies in advocating for medical care that does not discriminate based on immigration status."

For more about dialysis, visit the National Kidney Foundation.