Turning Tragedy Into Hope for Others With Spinal Cord Injury 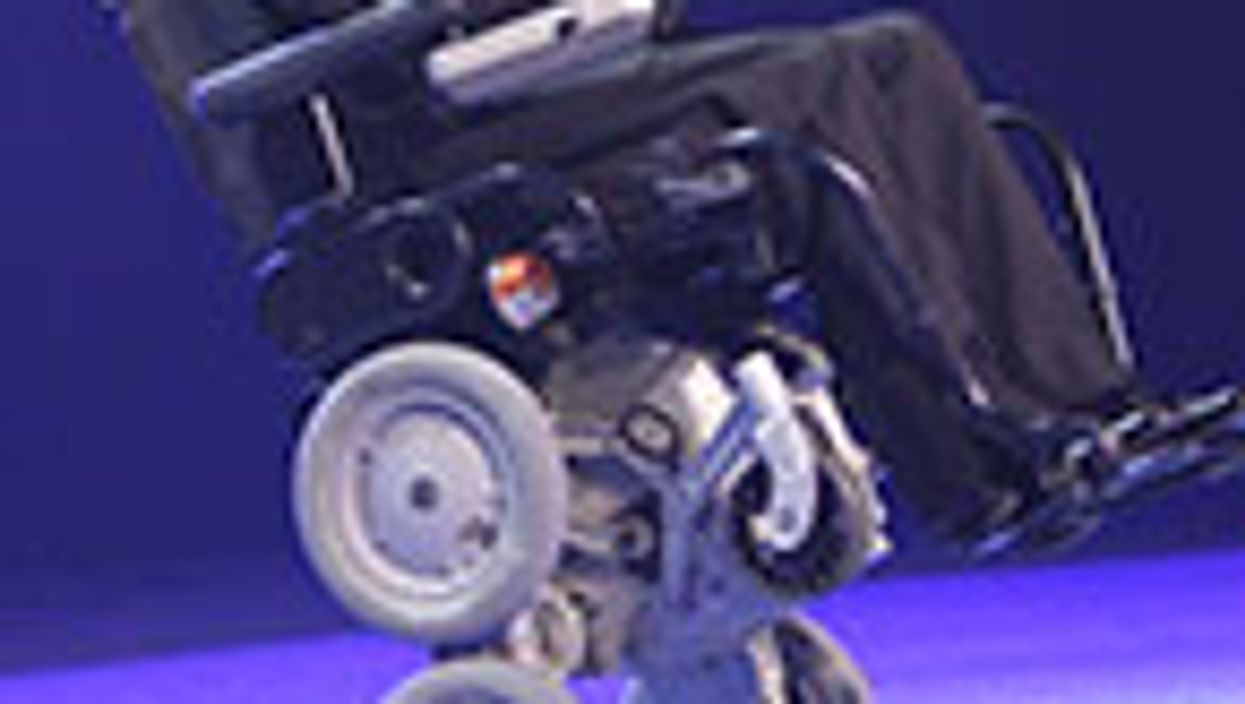 THURSDAY, Jan 24, 2013 (HealthDay News) -- It was the start of 1988, a beautiful morning on a New Year's vacation at the beach in Martinique when Alan Brown went in the water for a quick swim. The ocean seemed a little rough, but the deep blue of the sea appeared to stretch into infinity.

Before he knew it, Brown was face down, submerged in the water and unable to move. The combination of big waves and a strong undertow had flipped him onto the hard sand.

"I remember hearing a loud snap and I knew right away I was paralyzed," Brown said. "Afraid, I tried gulping water in an effort to die quickly. I think I came very close to dying -- I remember seeing that bright light. My friends thought I was kidding around. But they soon realized something serious had happened, and pulled me carefully out of the water."

Brown was stabilized in Martinique and flown to the United States where he had extensive spinal surgery on his 21st birthday.

Adjusting to his new life as a quadriplegic was difficult. "Every day was a fight," said Brown, now 45. He can move his arms but his hands don't work well, though he can drive a specialized car. He can undress himself but cannot get dressed without help.

Since the accident, Brown has always been able to work, first in his family's art supply business, then doing marketing for Slim-Fast. Later he started his own marketing company, became a sports agent, then worked for the Florida Marlins baseball team. He also started -- and sold -- a sports radio station.

Now he is director of public impact for the Christopher & Dana Reeve Foundation, in Short Hills, N.J., doing marketing, fundraising and advocacy for spinal cord research and services.

It's still not easy, Brown said. He is in the process of getting divorced. "I don't blame her. She got worn out, dealing with all the things I have to cope with: getting dehydrated, getting infections, needing help, the day-to-day grind." He has two sons -- Max, 14, and Sam, 9, who live with their mother but spend time with him regularly.

Brown said people misunderstand many things about spinal cord injury. "It's not a disease, but something that happens to you," he explained. "No injury is the same. The majority of us want to work, but people stereotype us, they look at people in chairs and they figure we can't do things."

About 200,000 people are living with spinal cord injury in the United States, according to the U.S. Centers for Disease Control and Prevention.

Brown noted that his is the first generation that is living long enough to actually age. But the longer lifespan brings a wide range of challenges. He has had six surgeries over the last 15 years and lives in pain every day. And life as a quadriplegic is expensive. Beyond medical expenses is the cost of special equipment, physical therapy and extra support at home. Financial issues often plague people with spinal cord injuries, he said.

But despite all that, Brown is an optimist. "I believe in living life to the fullest and have always been one to live by example," he said. He regularly swims 45 minutes -- a mile and a half -- in the Olympic pool at his apartment, switching between reverse butterfly, backstroke and free-style, using a snorkel. "Keeping your body in shape is key to living an active life as a quad," Brown said.

His goal for the foundation, he said, is to bring people together to fund important research and help people get the resources they need to lead good lives. He has committed to raising $250,000 -- $10,000 for every year he has been paralyzed -- through a campaign he calls "The Power of We."

Susan Howley, executive vice president for research at the Christopher & Dana Reeve Foundation, is optimistic about the future for people with spinal cord injury. "Whereas 35 years ago this field [spinal cord injury] was considered a backwater for research, the prospects are far better today. It used to be thought you cannot repair the spinal cord."

Howley noted that as people with spinal cord injuries age, their paralysis is compounded by potentially life-threatening issues associated with immobility, including upper respiratory infection, diabetes and reduced bone density. Those issues add to the financial and emotional burden these people face, she explained.

She predicted that there will soon be incremental cures for problems associated with the initial injury to the spine, such as restoring bladder function or finding a way to help some people use shoulder and chest muscles to get out of a wheelchair.

Howley said there's also a lot of work being done in spinal cord regeneration, with new tailor-made, personalized drugs on the horizon.

"There is an enormous amount to be encouraged by," Howley said. "And it's so much better now than 20 years ago when patients were told, 'Get used to it.'"

Learn more about spinal cord injury from the U.S. Centers for Disease Control and Prevention.