TUESDAY, March 3, 2020 (HealthDay News) -- Over the course of a decade, the net cost of prescription drugs in the United States rose more than three times faster than the rate of inflation, a new study finds.

The net cost of a drug refers to the sticker price minus manufacturer discounts.

Researchers in the University of Pittsburgh's Center for Pharmaceutical Policy and Prescribing (CP3) conducted the analysis on net drug cost trends for brand-name prescriptions in the United States.

"Previously, we were limited to studying list prices, which do not account for manufacturer discounts. List prices are very important, but they are not the full story," said study author Inmaculada Hernandez, an assistant professor of pharmacy at Pitt. "This is the first time we've been able to account for discounts and report trends in net prices for most brand name drugs in the U.S."

The team used revenue and usage data for over 600 brand-name drugs from 2007 to 2018. When adjusted for inflation, list prices skyrocketed 159%, while net prices increased by 60% -- more than three times the rate of inflation.

Although net prices leveled off in 2015, the authors pointed out that this isn't a reflection of affordability for consumers.

"Net prices are not necessarily what patients pay," said senior author Dr. Walid Gellad, an associate professor of medicine and health policy at Pitt and director of the CP3. "A lot of the discount is not going to the patient."

Most discounts are rebates paid to public and private insurers. The amount paid by consumers is largely unaffected by rebates, as copays and coinsurance are based on list price, not net price.

Additionally, the study revealed that discounts are larger for Medicaid than others, which may be a reflection of regulation. Mandatory Medicaid rebates are based on price increase over inflation, whereas other payer discounts are negotiation-based.

"We're seeing a lot of discussion that net prices have stabilized over the last few years, and that does appear to be the case," Gellad said in a university news release.

"But the stabilization of net price comes on top of large increases over the last decade, many times faster than inflation, for products that have not changed over this time period. In addition, this net price is an average, with substantial variability across payers and drugs," he noted.

The study was published March 3 in the Journal of the American Medical Association.

The American Medical Association has more on prescription drug prices. 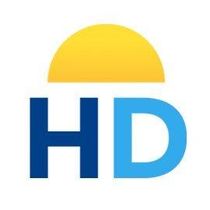