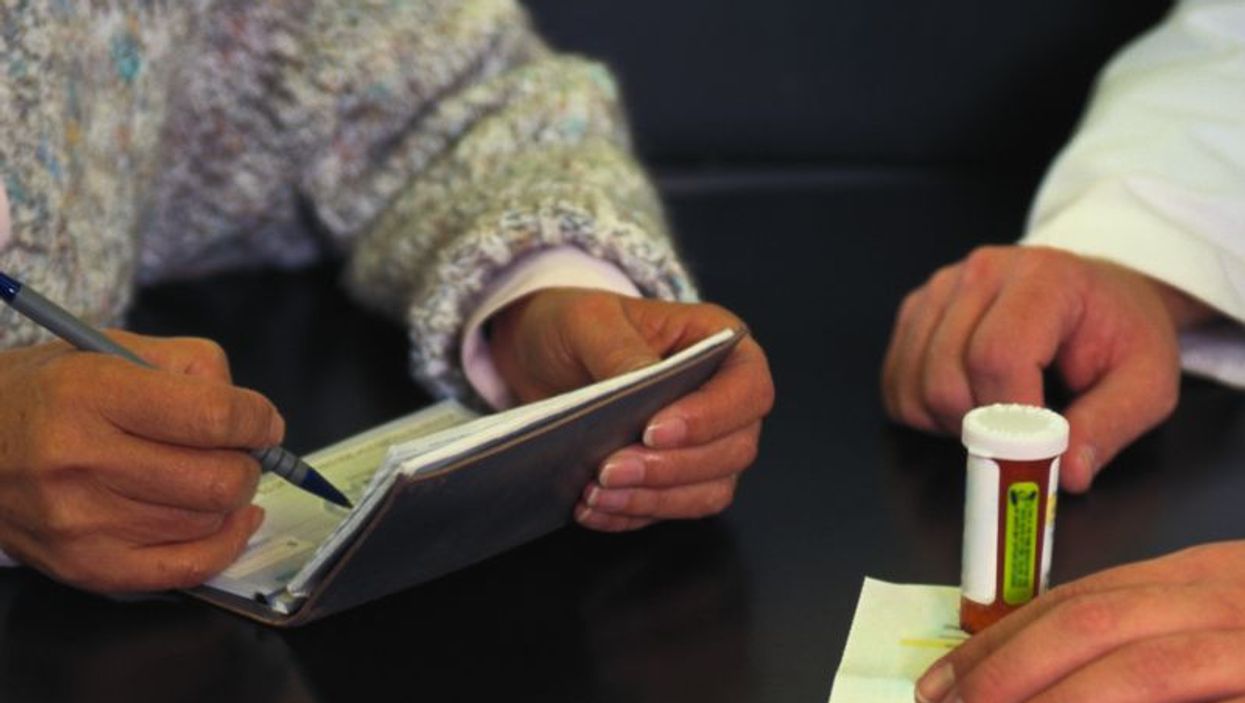 Under the industry's plan, all TV drug advertisements would include information directing consumers to online resources that provide the drug's list price, estimated out-of-pocket costs for consumers, and any available financial assistance for patients.

The Pharmaceutical Research and Manufacturers of America (PhRMA) outlined the voluntary plan just hours before it was announced that proposed federal regulations would require companies to include list prices of drugs in all consumer ads.

In unveiling the government's proposal, Health and Human Services Secretary Alex Azar said it would apply to all brand-name drugs covered by the Medicare and Medicaid programs, which is most medicines.

"We appreciate their [PhRMA's] effort," Azar said. "But placing information on a website is not the same as putting it right in an ad."

But PhRMA begged to differ.

"We think putting the list price in isolation in the ads themselves is very confusing, misleading, lacks appropriate context and isn't what patients want or need," said Stephen Ubl, president and CEO of PhRMA.

Most people don't pay list price for their medication, Ubl noted. For example, people with insurance are usually only charged a co-payment for their prescription, and others might be eligible for patient assistance through the drug maker.

The plan will become effective in April 2019, but Ubl expects that some companies will begin providing more price information in a matter of months.

In announcing the plan, Ubl said PhRMA was responding to political and consumer pressure for more transparency.

"The president challenged us to provide this information. Policymakers on a bipartisan basis have. We take these concerns very seriously," Ubl said.

PhRMA fashioned its plan based on consumer focus groups and polls, Ubl said.

"What we heard is patients do want more information about their medicine costs, but they want information they can act upon," Ubl said. "They want to know if their medicine is covered by their insurer, what they will have to pay out-of-pocket for their medicines, and whether any financial assistance is available."

However, under the PhRMA plan, individual drug companies would have a lot of leeway regarding how they refer people to drug-pricing information, as well as the specific price info presented to consumers online, Ubl said.

"There are anti-trust limitations regarding the specificity of guidance we can give our members," Ubl said.

For example, the voluntary plan cannot specify how prominent the pricing info referral would have to be in a drug advertisement, Ubl said.

"The ad itself, either through voiceover or text, will direct the patient to a company-specific website, which will include list price of the medicine, estimated range of out-of-pocket costs, and other appropriate information," Ubl said.

Given this, consumers might be forced to quickly jot down a web address spoken out loud during an ad.

The plan also does not provide specific guidance regarding how each company would determine and present the range of out-of-pocket costs a person might face when buying a drug.

"There are various vendors that exist today that have developed calculators of this sort. I expect those tools will be employed to provide this information," Ubl said.

PhRMA also announced that it will launch a new website in cooperation with patient, pharmacist and consumer groups to provide searchable cost and financial assistance information for brand-name medicines. The website is expected to launch early next year, Ubl said.

In a Monday media briefing, PhRMA officials did not rule out legal action if the Trump administration presses forward with its expected regulations.

When asked if there was any way policymakers could craft regulations on drug-pricing information without raising constitutional questions, Ubl replied, "No, we don't think that they could."

PhRMA has more about its principles regarding direct-to-consumer advertisements.