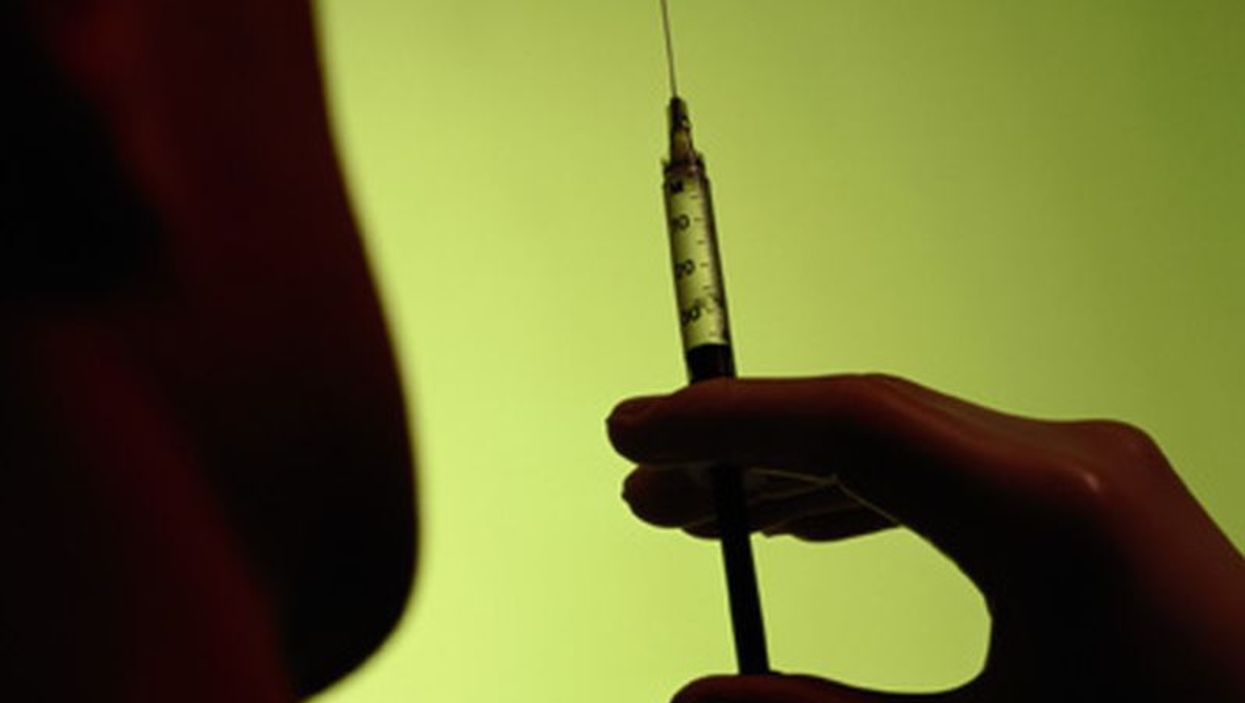 In a classic case of unintended consequences, Connecticut-based Purdue Pharma reformulated its powerful and popular drug OxyContin for the right reasons. It became harder to crush or dissolve, thus making it harder to snort or inject for a fast high.

But that change left millions of addicted patients without their drug of choice, so they turned to another opioid -- heroin. Heroin users inject the drug and often share needles, which has spread hepatitis C and resulted in outbreaks of HIV, experts say.

"The fact that we are seeing a rise in hepatitis C infection rates suggests that even if we could stop fatal overdoses, we're going to have long-term public health consequences, because hepatitis C has long-term and very costly effects," said the study's lead researcher, David Powell. He's a senior economist at the RAND Corporation, a nonprofit research organization.

Powell said the OxyContin reformulation probably wouldn't have had this effect if there weren't a readily available, cheap substitute like heroin.

After the reformulation, Powell's team found that in states with high rates of OxyContin abuse, rates of hepatitis C increased three times faster than in other states.

Although the study can't prove cause and effect, the researchers said they found a direct link between the changes in OxyContin and the swell of hepatitis C infections.

Hepatitis C causes liver disease. It's responsible for more deaths in the United States than any other infectious disease -- 20,000 in 2015. The rate of new hepatitis C infections remained unchanged for years, but began to rise alarmingly in 2010, when OxyContin was reformulated, the researchers reported.

Many addicts now need treatment for both their addiction and for hepatitis C, Powell said. But today's hepatitis C drugs are very expensive, which can put them out of the reach of those who need them most.

A recent report from the University of Washington put the cost of a full course of hepatitis C treatment at as much as $94,000.

"These results should steer the public and policymakers to increasing access to [addiction] treatment," Powell said. "If more treatment were available, maybe we could shift more people into treatment than into illicit drug markets."

For the study, Powell and colleagues analyzed hepatitis C rates in each state from 2004 to 2015.

Reformulation of OxyContin coupled with pressure on doctors to stop prescribing opioids left some people with a desperate choice, said Dr. Alysse Wurcel. She is an infectious disease physician at Tufts Medical Center in Boston.

"When you cut people off from a medicine that is sustaining them, they will turn to other methods as a way to feel normal," Wurcel said. "We did not provide any method of rescue to these people."

The spike in hepatitis C is a consequence of that, Wurcel said. She believes addicts have a medical problem that needs care, and should not be stigmatized as criminals or weak-willed.

"There are not enough options for people who have opioid disorder to get treatment," Wurcel said.

Ricky Bluthenthal is a professor of preventive medicine at the University of Southern California Keck School of Medicine in Los Angeles. He agreed with Wurcel.

"We need to improve the availability of medication treatments," Bluthenthal said. He mentioned methadone, buprenorphine and naltrexone -- the three drugs approved for addiction treatment -- and suggested "syringe exchange programs on a national scale."

Wurcel seconded that. "The cost of treating hepatitis C is one of the most solvable issues," she said. "There's no reason why it has to be that expensive."

The report was published Feb. 4 in the journal Health Affairs.

For more on hepatitis C, visit the U.S. National Institute on Drug Abuse.