Mom-to-Be's Pot Use Tied to Changes in Baby's Size, Behavior 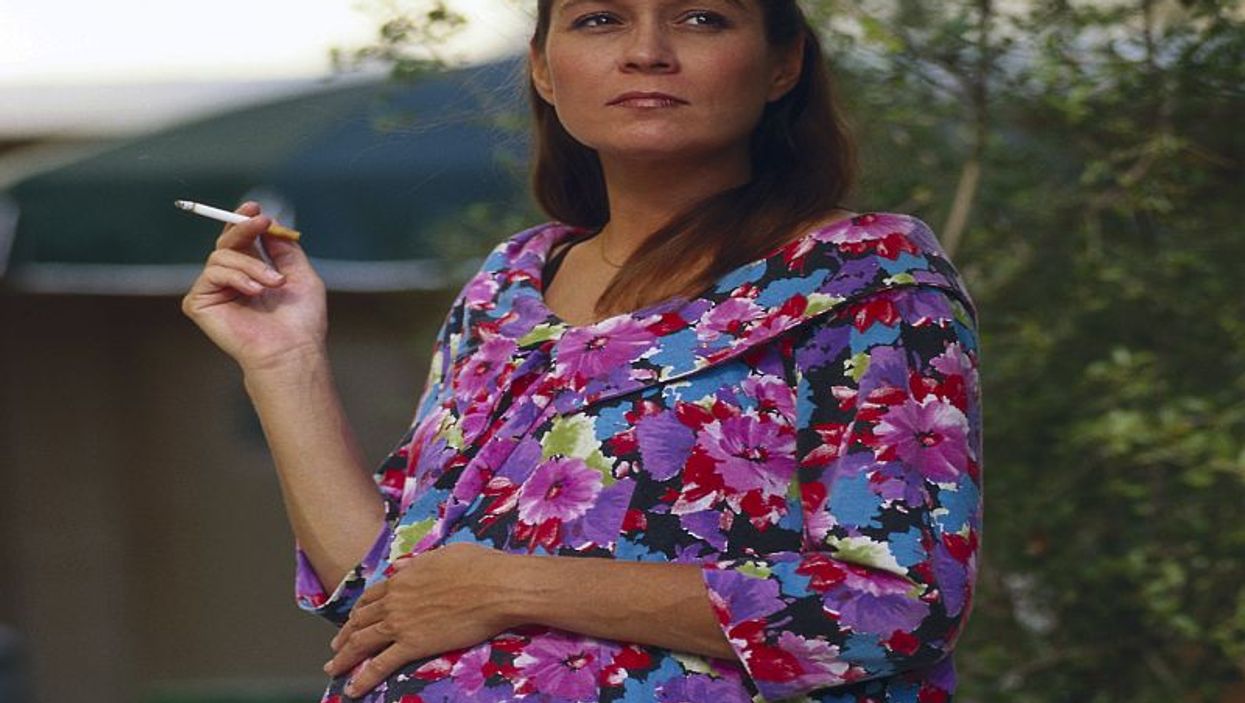 TUESDAY, May 22, 2018 (HealthDay News) -- Smoking marijuana during pregnancy has been linked to smaller weights and irritable behavior in infants, new research suggests.

And if a pregnant woman smokes tobacco along with marijuana, the effects on the baby are even worse, the study authors said.

"A lot of women who are smoking cigarettes are smoking in combination with marijuana. Women who smoked both cigarettes and marijuana had significantly lower birth outcomes, particularly lower birth weight compared to those exposed to just tobacco," said study author Rina Das Eiden, a senior research scientist at the University at Buffalo in New York.

Nearly 16 percent of women smoke tobacco during pregnancy, according to the researchers. Up to 30 percent of them also use marijuana. Eiden said the study only looked at women who smoked marijuana. They did not look at the use of edible marijuana products.

"I think there is a perception that marijuana is safer," Eiden said, noting that may be because medical and legal recreational marijuana are becoming more widespread.

And moms-to-be aren't alone in their smoking habit. About 17 percent of parents reported smoking pot in 2015 compared to 11 percent in 2002, according to a study published in Pediatrics earlier this month. That study also found that marijuana use was four times more likely among parents who smoked cigarettes than those who didn't.

No matter the perception, pot isn't benign, especially during pregnancy.

The American College of Obstetricians and Gynecologists (ACOG) warns that marijuana use during pregnancy may disrupt fetal brain development. It is also linked to a higher risk of stillbirth, smaller birth size and preterm delivery. ACOG adds there is no evidence that marijuana can help ease morning sickness.

The new study included almost 250 mother-baby pairs. Moms were between 19 and 40 years old. Fifty-two percent were black, 30 percent were white and 18 percent were Hispanic. Fourteen percent had completed some college or a vocational degree, 60 percent had a high school diploma, and 26 percent did not finish high school.

The women were recruited during their first trimester of pregnancy and were followed throughout. The health of the infants was monitored from birth through the first year of life.

The researchers tested the first feces from each infant for signs that the baby had been exposed to tobacco or marijuana.

These findings were stronger among boys than girls. Eiden said boys tend to be more biologically vulnerable to stresses in pregnancy.

At nine months, the babies' behavior was checked. "Tobacco and marijuana use was a predictor of higher infant reactivity. Babies reacted more and took longer to get back to normal [after they couldn't get to an attractive toy]," Eiden said.

"Mothers also reported these infants to be more irritable," she noted.

Women who reported more stress and anger themselves were more likely to use tobacco and marijuana, the researchers said.

Eiden said this finding suggests women should seek help to deal with negative emotions and to quit tobacco and marijuana.

"Cannabis is not safe to use in pregnancy. It may cause structural and functional changes in the brain, especially in regulatory areas of the brain," she said.

Dr. Navid Mootabar is chair of obstetrics and gynecology at Northern Westchester Hospital in Mount Kisco, N.Y. He said this study "reaffirms some of the earlier evidence we had that suggested that marijuana use is unsafe in pregnancy.

"The risk of smoking cigarettes in pregnancy is well-established, and this study suggests a link between marijuana and size, preterm birth and behavior. Each one -- tobacco or marijuana -- has their own way of being harmful in pregnancy," said Mootabar, who wasn't involved with the research.

He also suspects that because medical marijuana is legal in many places, people may feel it's safer than it actually is.

"There may be a role for medical marijuana to treat certain conditions, but we have to be very cautious of its use in pregnancy due to concerns about childhood development. At this point, doctors should continue to advise women to abstain from marijuana," Mootabar said.

He also suggested that doctors look for ways to help women deal with stress so they don't feel like they need marijuana.

The study was published recently in Child Development.

To learn more about marijuana use during pregnancy, visit the U.S. Centers for Disease Control and Prevention.