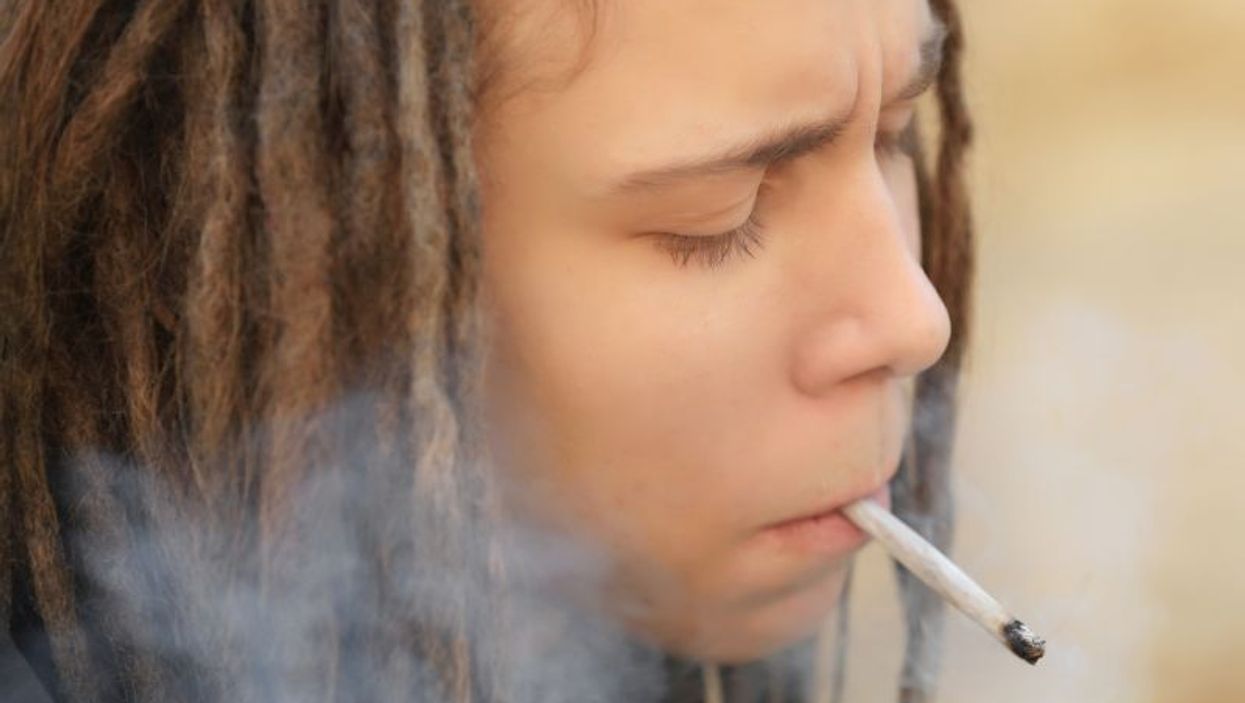 Not only were those who smoked marijuana more likely to suffer depression and suicidal thoughts, they were also more than three times as likely to attempt suicide between the ages of 18 and 32.

What isn't clear from the review is why. Does marijuana (cannabis) somehow affect the developing teen brain? Or might teens who were later diagnosed with depression or who later attempted suicide have been using the drug to self-medicate?

Regardless, teens and preteens "should avoid using cannabis, as use is associated with a significant increased risk of developing depression or suicidality in young adulthood," the Canadian researchers wrote.

Among U.S. high school seniors, about 7 percent said they smoked pot daily, according to background information in the report.

In the Canadian review, researchers led by Dr. Gabriella Gobbi of McGill University in Montreal looked through 269 studies to see if there was any link between teen marijuana use and depression, anxiety, suicidal thoughts or suicide attempts. The researchers ended up including 11 of those studies in their final analysis.

The odds of a young adult thinking about suicide were 50 percent higher in those who smoked pot. The odds of a suicide attempt were almost 3.5 times higher in the pot smokers versus those who didn't use marijuana, the investigators found.

The findings were published online Feb. 13 in JAMA Psychiatry.

Dr. Harshal Kirane, an addiction psychiatrist with Northwell Health's Staten Island University Hospital in New York City, reviewed the findings. He said as the country keeps moving toward increasing access to marijuana, it's important to be able to identify which parts of the population are most vulnerable to its effects.

"Individuals harbor different predispositions as far as their vulnerability to marijuana exposure is concerned. Many, or maybe even most, teens who experiment with marijuana may not have problems. But, there's still a significant subset who do, and those are the ones we need to understand," he explained.

Kirane said the review couldn't tease out a cause-and-effect relationship, but he added that marijuana may impact the developing brain. He said there have been a number of rodent studies that have shown that exposure to marijuana can disrupt how well certain brain processes mature.

This review suggests that "marijuana exposure in adolescents does potentially present a risk for mood and suicidal behaviors in young adults," Kirane said. "From a policy standpoint, those are the ones we have to make an effort to protect."

Paul Armentano, deputy director of the marijuana legalization advocacy organization called NORML, agreed that it's important to discourage the use of marijuana by teens, and to use common-sense policy measures to restrict teens' access to marijuana.

But Armentano added that it's impossible to know from the review what role teens' marijuana use played in the depression, and suicidal thoughts and attempts in the young adults. He said it could be that people who are more likely to use marijuana in their teens may share similar traits or behaviors with people who are depressed or suicidal.

"It is also possible that those struggling with such symptoms often turn to cannabis in early life as a form of potential self-medication," Armentano suggested.

Read more about marijuana and teens from the American Academy of Child and Adolescent Psychiatry.