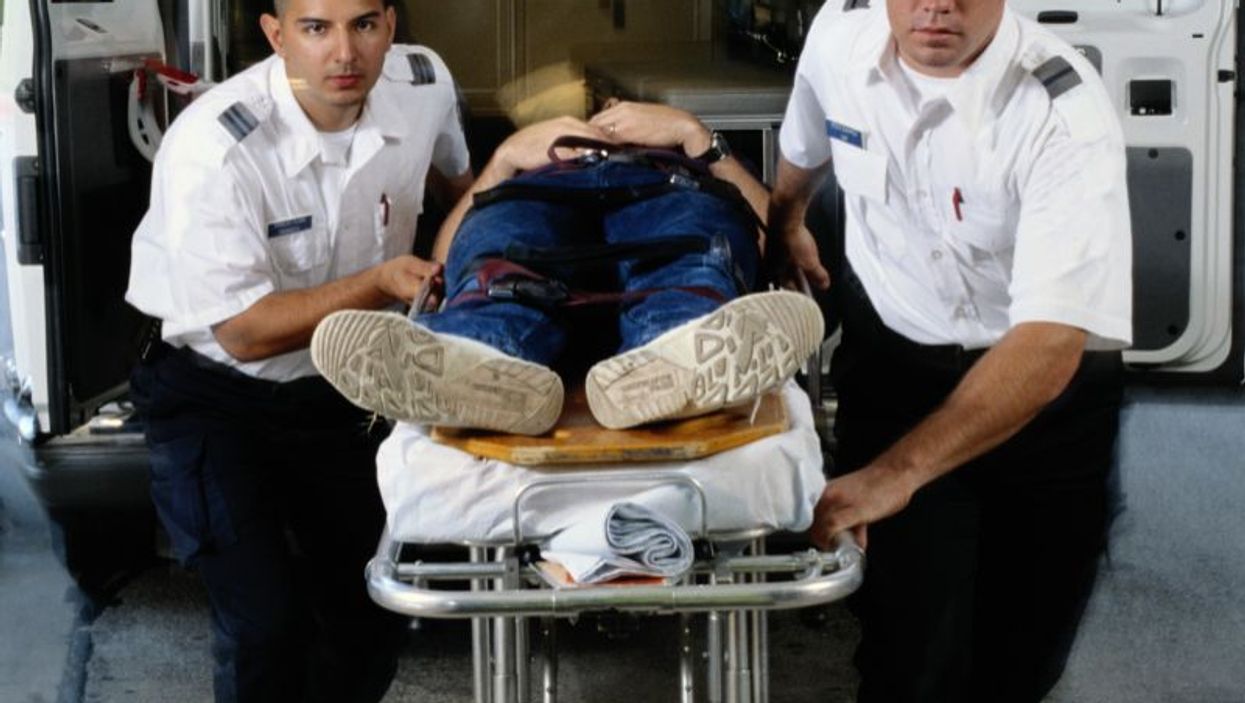 WEDNESDAY, Aug. 1, 2018 (HealthDay News) -- After a period of steady decline, homicides and suicides are on the rise again in America, new statistics show.

Experts believe the opioid addiction crisis may be at least partly to blame.

Researchers tracked data from a national injury-reporting database and found that, especially between 2014 and 2016, the homicide rate climbed sharply for blacks, while suicide rates rose steadily for whites.

Rates of deaths from accidental injuries -- things like traffic fatalities or falls -- have also charted a steady rise in recent years, said a team led by Dr. Angela Sauaia, of the Denver Health Medical Center.

"The data demonstrate alarming upward trends in both violent and unintentional injuries," her team reported Aug. 1 in the journal JAMA Surgery. There were "large, significant increases from 2014 to 2016, reducing survival gains observed since 2001," the researchers added.

The study authors couldn't pinpoint reasons for the trends, but one expert who has seen the tragic results of violence offered up his theory.

"The opioid epidemic may play at least part of the role for the increase in murders and suicides observed from 2014-2016," said Dr. Robert Glatter, an emergency department physician at Lenox Hill Hospital in New York City.

"The increase seen in fentanyl-laced heroin may explain some of the uptick seen in firearm murders, suicides as well as unintentional injuries," he said.

According to the new study, America's homicide rate was actually on a slow but steady decline until about 2014, when that trend reversed and began a sharp rise among blacks. Early in 2014 the homicide rate for blacks was about 18 deaths per 100,000 people, but by the end of 2016 it had jumped to about 23 per 100,000, the study found.

The researchers noted that two-thirds of homicides and about a half of suicides involved guns, and gun-related deaths have spiked in recent years.

"The continued availability of access to guns, and spikes in violence associated with drug trafficking could be behind the uptick in murders and suicides," Glatter said.

Sullivan said that while the United States "leads the world in gun-related violence, as well as in opioid use," it's impossible to tease out cause-and-effect from the new study, and more research is needed.

"The opioid crisis, gun violence, and other variables are undoubtedly implicated in these findings," he said. "We need to know what is/are most important, in order to best and most efficiently address public health efforts, and we need to know urgently."

Sauaia's group reported that deaths from unintentional injuries -- everything from motor vehicle crashes to falls -- have also risen in recent years, and among all racial groups.

Glatter believes that issues with substance abuse may be spurring those trends, too.

"Risk-taking behaviors are often fueled by drug and alcohol consumption, which may increase the risk for falls, motor vehicle collisions, unintentional injuries," he said.

There's more on intentional and unintentional deaths at the U.S. Centers for Disease Control and Prevention.