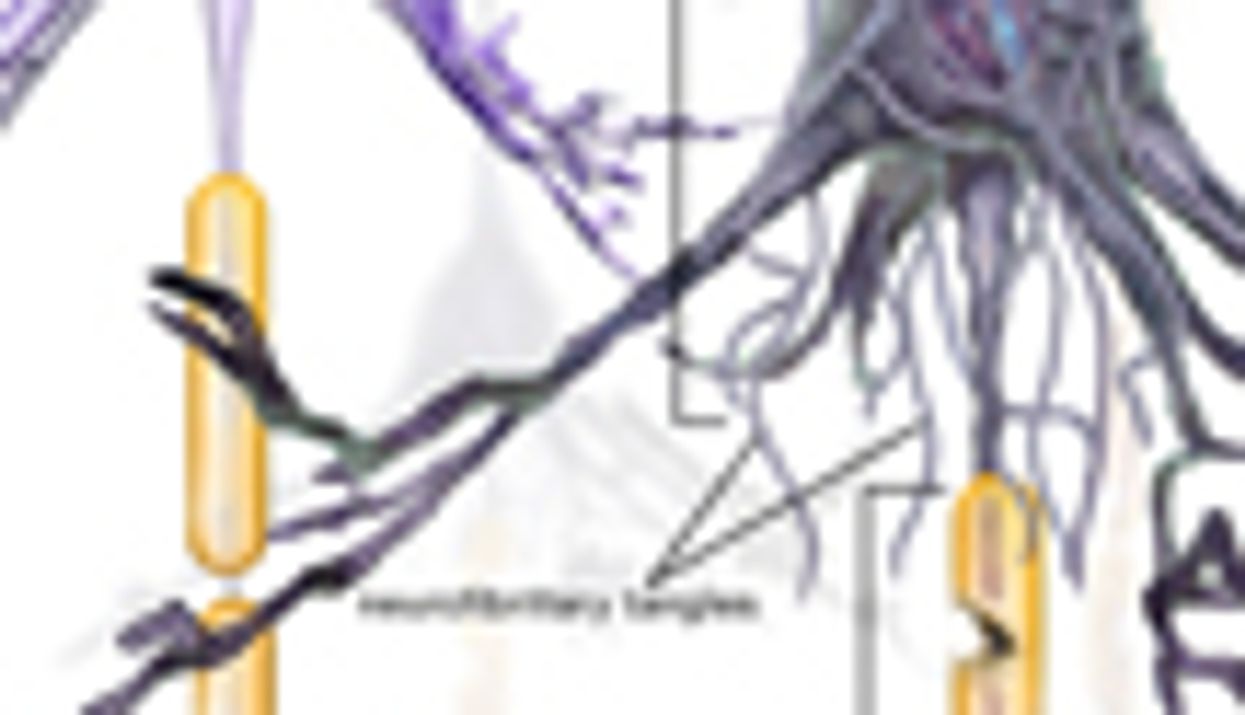 MONDAY, Nov. 26 (HealthDay News) -- For patients who progress from amnestic mild cognitive impairment (aMCI) to Alzheimer's disease (AD), the extent and distribution of regional gray matter (GM) loss is influenced by gender, according to a study presented at the annual meeting of the Radiological Society of North America, held from Nov. 25 to 30 in Chicago.

Maria Vittoria Spampinato, M.D., of the Medical University of South Carolina in Charleston, and colleagues examined data from 109 patients (60 male) from the Alzheimer's Disease Neuroimaging Initiative cohort who progressed from aMCI to AD during the study period. Brain magnetic resonance images from one year before conversion to AD, at AD diagnosis, and after 12 months were assessed to identify gender-specific differences in GM volume.

The researchers found that, in both genders, there was a significant progressive cognitive decline, with significant interaction between the Clinical Dementia Rating Sum of Boxes and gender. At the time of diagnosis there was significantly worse cognitive status in males than females. In cross-sectional analyses, significantly greater atrophy was seen in females 12 months before diagnosis (in the posterior cingulate gyri) and at the time of AD diagnosis (in the bilateral middle temporal gyrus, bilateral cingulate gyrus, left subcallosal gyrus, and right insula). No differences were seen in GM volume 12 months after diagnosis. Males had no areas of greater GM atrophy. During the 12 months before and after AD diagnosis, longitudinal analyses revealed gender-specific differences in GM volume loss.

"Knowing the difference between the male and female patterns of atrophy will help researchers better decipher a patient's response to drug therapy," Spampinato said in a statement.

One author received a research grant from Siemens.