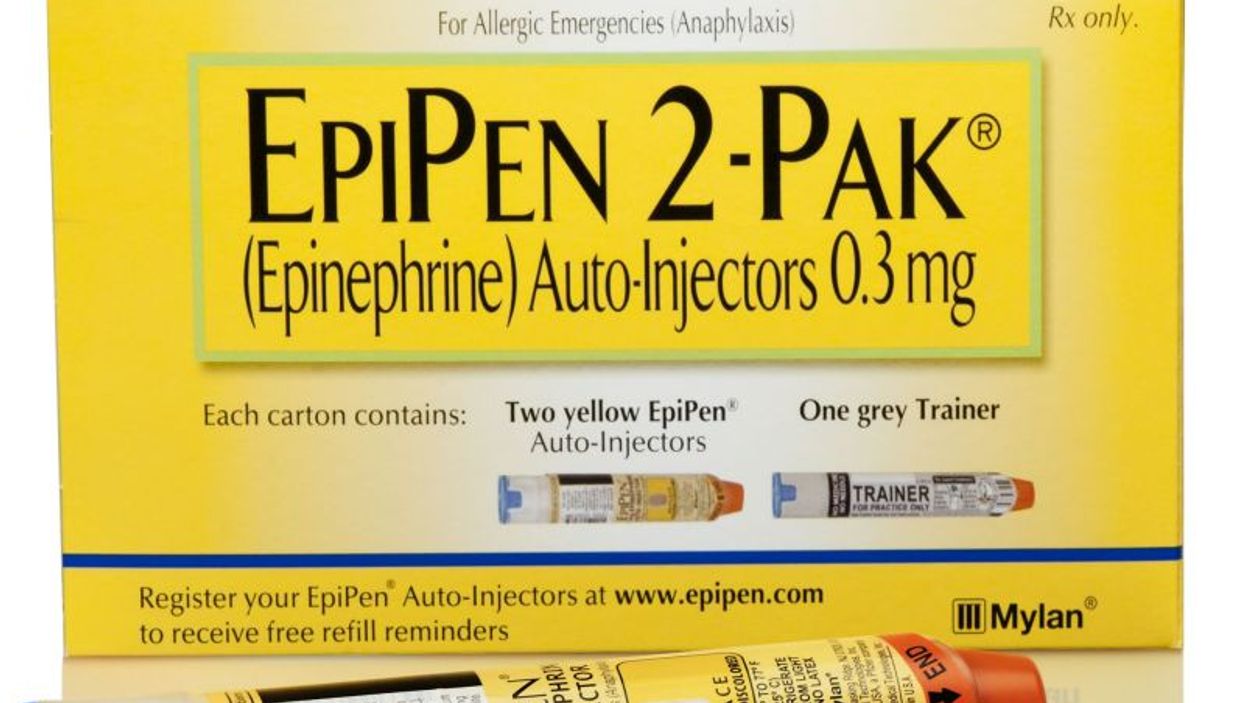 FRIDAY, Aug. 17, 2018 (HealthDay News) -- The U.S. Food and Drug Administration approval Thursday of the first generic versions of the EpiPen and EpiPen Jr. has pleased medical experts, who hope it will make the lifesaving medication more affordable and available.

"It's exciting for lots of reasons," said Dr. Michael Blaiss, executive medical director of the American College of Allergy, Asthma and Immunology.

"Patients have another choice that hopefully will be less expensive, especially with the shortage in some areas of EpiPen and EpiPen Jr.," he said.

The new devices, from Teva Pharmaceuticals USA, will enter an already crowded market for allergy emergency medications. In addition to EpiPen and EpiPen Jr., which are made by Mylan, there is another generic, Adrenaclick, and another brand, Auvi-Q.

In recent years, shortages of EpiPen and EpiPen Jr. have been reported, and the price has jumped dramatically. EpiPen can cost from $300 to $630, but is free for many with health insurance, and Adrenaclick can be bought for as little as $10, according to Consumer Reports.

The injectors all deliver a measured dose of the drug epinephrine, which combats potentially deadly allergic reactions, called anaphylaxis, to insect stings, foods, latex and other allergies.

Anaphylaxis is a severe allergic reaction that causes the airway to swell and can lead to suffocation.

The EpiPen automatically injects a dose of epinephrine into a person's thigh to stop an allergic reaction. After an injection, swelling in the airway goes down and the patient can breathe freely again.

Teva has not yet listed the price for its generic version or how soon it will be available.

In announcing the news Thursday, FDA Commissioner Dr. Scott Gottlieb said, "Today's approval of the first generic version of the most widely prescribed epinephrine auto-injector in the U.S. is part of our longstanding commitment to advance access to lower cost, safe and effective generic alternatives once patents and other exclusivities no longer prevent approval."

"This approval means patients living with severe allergies who require constant access to lifesaving epinephrine should have a lower-cost option, as well as another approved product to help protect against potential drug shortages," Gottlieb added in an FDA news release.

Blaiss, however, is concerned that when people hear the word generic they think it's the same as the brand name.

In terms of medication, that's true, but the devices themselves differ, he said. "This is not a carbon copy of the EpiPen," Biaiss said. "The device is not identical, so there could be some confusion for patients."

It's important to practice the steps to administer the EpiPen or a similar auto-injector before anaphylaxis occurs, said Dr. Robert Glatter, an emergency physician at Lenox Hill Hospital in New York City.

One company makes a "talking" injector that takes you through the exact steps to administer the drug, and may help to calm those who experience anxiety during the process, he said.

He also said using an EpiPen past its expiration date is acceptable. "Nearly 80 to 90 percent of the potency of the drug is still retained. As long as the EpiPen isn't discolored or cloudy, then it's safe to use," he said.

"The ongoing issue of drug shortages -- including the EpiPen -- makes this approval all the more important in helping patients gain access to this lifesaving medication," Glatter said.

Although the key ingredient is cheap and the EpiPen was first approved in 1987, Mylan began increasing the price of the product, from less than $100 for a pack of two injectors in 2007 to $608 for a pair now. In response to criticism over the price of its drug, EpiPen introduced its own half-priced generic in 2016, the Washington Post reported.

For more on anaphylaxis, visit the American Academy of Allergy, Asthma and Immunology .