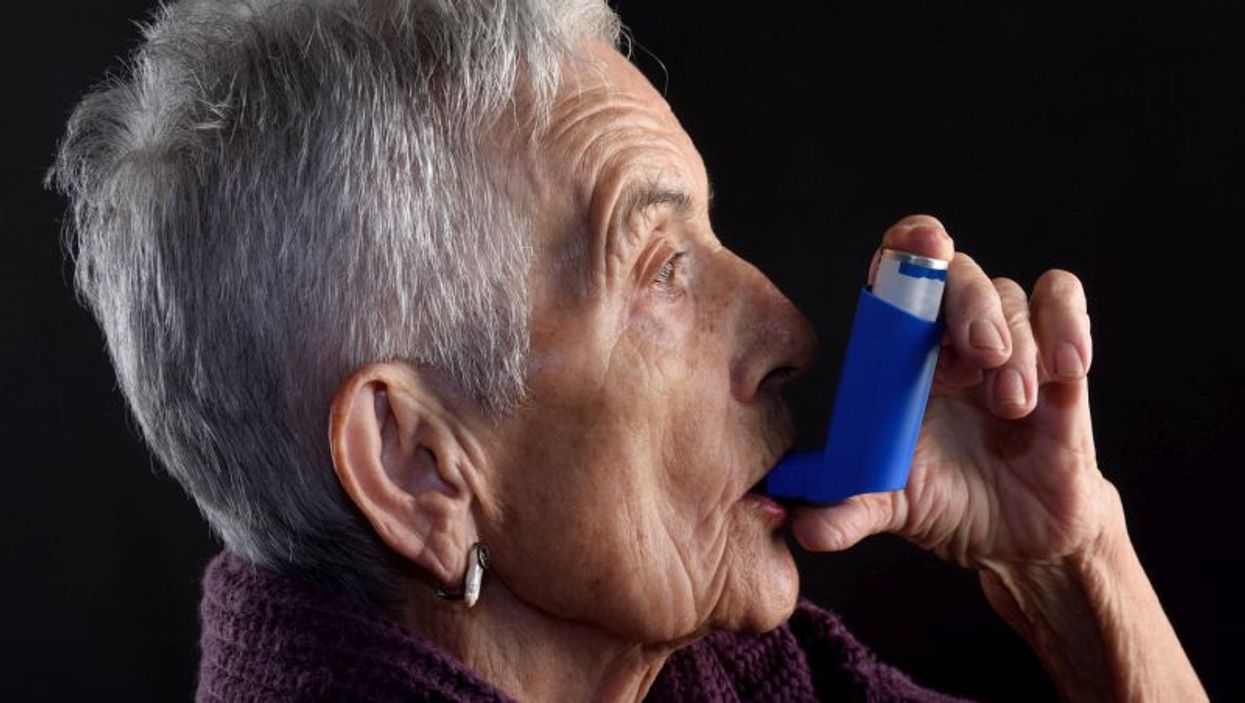 The findings point the finger at anti-inflammatory corticosteroids -- whether taken by pill or inhaler.

Corticosteroids are widely used to prevent asthma attacks, particularly in the form of inhalers. When asthma is more difficult to control, oral versions of the medications may be prescribed for a time.

It has long been known that oral corticosteroids -- especially at high doses -- can lower bone density. And some evidence has suggested inhaled versions can do the same.

No one, however, is saying people with asthma should abandon their controller medications.

"Inhaled corticosteroids play a crucial role in the control of airway inflammation in asthma," said lead researcher Christos Chalitsios. "Patients with asthma should not stop using their inhalers."

But doctors should prescribe corticosteroids at the lowest dose needed to control the disease, said Chalitsios, a research assistant and PhD candidate at the University of Nottingham School of Medicine, in the United Kingdom.

The findings are based on medical records for nearly 3,700 older adults with asthma and either osteoporosis or a history of bone fracture. Each was compared with at least four other patients the same age who had asthma, but no bone disease.

Overall, the study found, the risk of bone trouble climbed along with the number of steroid prescriptions patients had in the past year.

Meanwhile, inhaled steroids were also linked to fragile bones, though to a lesser degree, the investigators found.

Patients using inhalers were 35% to 60% more likely to have osteoporosis, versus non-users. And the risk of bone breaks started to rise once patients had more than six prescriptions for the year -- by as much as 31% among those with 11 or more prescriptions.

The findings, which did not prove that steroids actually cause osteoporosis or fractures, were published online Oct. 20 in the journal Thorax.

Asthma specialists not involved in the study said it gives support to something that's been suspected: Inhaled corticosteroids, too, may eventually weaken the bones.

But that does not mean patients should stop them.

"And that reduces the likelihood of patients needing oral corticosteroids," she pointed out.

Instead, Conroy said, doctors should talk to patients about ways to protect their bone health. In general, experts recommend getting adequate calcium and vitamin D, as well as regular weight-bearing exercise, including walking, climbing stairs and training with weights.

It's not clear exactly "how much" vitamin D and calcium patients need to help counter medication effects, according to Dr. Louis DePalo. At a minimum, he said, they should be sure they are not deficient in vitamin D, which can be gauged with a blood test.

With his own patients who are long-time corticosteroid users, DePalo also suggests starting bone-density screening at an earlier age than is generally recommended (age 65 for women).

"And then I have to make the argument to the insurance company, who wants to know why this 40-year-old is being screened," DePalo said. "Studies like this can help me make that argument."

Patients' exposure to corticosteroids can also be minimized by "stepping down" their dose, Conroy said. That's an option for people whose asthma is well-controlled by their inhaler medication.

If, on the other hand, the asthma is so severe that oral corticosteroids are being repeatedly used, it might be time for a switch, according to Conroy. Newer "biologic" drugs, given by injection, could be an option, she said.

Chalitsios said some patients may also benefit from medications that protect bone density, called bisphosphonates. His team found that many patients were not on those medications in the year leading up to their osteoporosis diagnosis or bone fracture: Even among patients frequently prescribed oral corticosteroids, only half were also prescribed a bisphosphonate.

The American Academy of Allergy, Asthma & Immunology has more on steroid medications and osteoporosis.